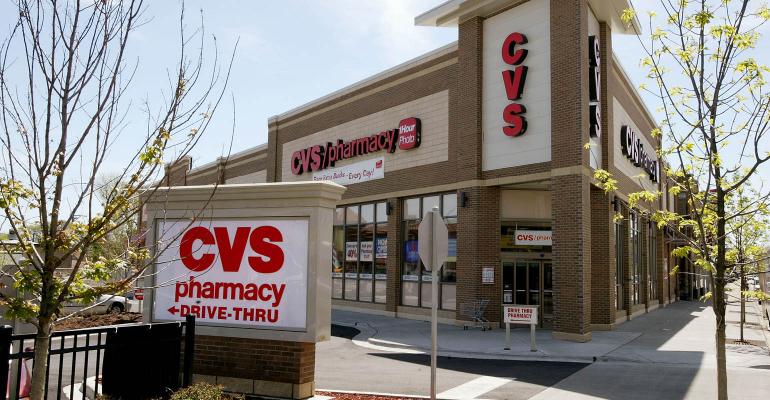 Should Landlords Worry About Drugstore Closures?

Walgreens is closing 200 locations and CVS is pulling back on new openings. What’s behind these moves?

Neighborhoods will see fewer corner drugstores as Walgreens has revealed recently it will shutter 200 U.S. stores, and less than a day later, CVS announced it’s pulling back on the number of new store openings annually.

Is the drugstore sector undergoing a major transformation like other retail sectors?

“I don’t think it’s part of a transformation. I think it’s just right-sizing,” says Steve Jellinek, vice president at Morningstar Credit Ratings. “The bottom line is I don’t think anybody is alarmed.”

Considering both these retailers combined have 20,000-plus stores, that’s a miniscule amount of store closings, notes Mickey Chadha, a Moody’s analyst who covers CVS.

“Store closures in the prescription drug business aren’t like closing stores in other retail businesses because as it is, there’s a pharmacy in every neighborhood, and they can close some stores and just transfer the prescription to the other store that’s not too far,” Chadha says.

Still, analysts acknowledge the drugstore sector has been facing challenges, including reimbursement pressure for prescriptions, a decrease in generic drug prices, and increasing competition from non-healthcare powerhouses like Amazon and other online retailers.

However, he notes that there are several deterrents, including the fact that filling prescriptions is a highly regulated business, which Amazon has traditionally stayed away from. And since most people have insurance to cover their drugs, there’s not much of a price advantage to buy your drugs from Amazon vs. CVS or Walgreens, he says.

While the biggest profit driver for drugstores is still prescription drugs, competition from Amazon and competing bricks-and-mortar retailers is hampering sales of pharmacies’ other products, including beauty, food and beverage and household items.

Drugstores’ “front-end sales have not been that strong,” Chadha notes. “These items are all sold by competitors—online competition and other bigger retailers—that specialize in those products and sell them at a cheaper price.”

Also, drugstores operators need to invest more in their stores to stay competitive.

“Outside of pharmacy, most drugstores desperately need to elevate their propositions in-store,” says Neil Saunders, managing director at research firm GlobalData Retail. “Both of the main drugstore chains are well behind in terms of the investment they need to make.”

For many, drugstores are the most convenient places to buy basic products, but they now need to think beyond just being close and convenient, Saunders says. “This is especially so in beauty, which should be a core part of the offer for drugstores, but because of their lack of imagination, both CVS and Walgreens have lost share in the category to players like Sephora and Ulta.”

Both CVS and Walgreens are seeking ways to drive shoppers into their stores by offering more health services, improved products and even “experiences.”

For landlords, it’s in their best interest to encourage drugstores to reform, Saunders notes.

“Up until recently, drugstores were seen as very stable tenants, but more recently with store closures from the likes of Walgreens, there is a question mark over whether drugstores are now retrenching,” he says. “The way to avoid this is to ensure that stores are relevant to consumers.”

Walgreens said earlier this month in a regulatory filing that it would close 200 U.S. stores. This comes two months after its parent company Walgreens Boots Alliance said it would shutter 200 Boots drugstores in the U.K.

“Given that we have multiple locations in many markets, we anticipate minimal disruption to customers and patients,” a Walgreens spokesperson wrote in an email to NREI. “We also anticipate being able to retain the majority of the impacted store team members in other nearby locations.”

The company hasn’t yet identified which locations will close.

Walgreens executives hope to save $1.5 billion in annual expenses by 2022 in what it calls a “transformational cost management program.”

This move is Walgreen’s biggest round of closures since 2015 when it also shuttered 200 stores.

In 2018, Walgreens Boots Alliance acquired 1,932 Rite Aid locations, announcing it would close roughly 600 U.S. stores over 18 months. That number has now been raised up to 750 locations.

These last announced closures follow a tough third quarter for Walgreens, which reported that same-store sales at U.S. drugstores fell 1.1 percent, which the company attributed to its “de-emphasis” of tobacco products. (Walgreens will raise the age to buy tobacco products to 21 starting Sept. 1). But Walgreens executives also said increasing prescription drug prices resulted in a 4.3 percent rise in its U.S. pharmacy sales.

The store closings are not a surprise, says John Boylan, a senior equity analyst with Edward Jones, who covers Walgreens. Edward Jones has a hold rating on the company's stock.

“When you consider the thousands of stores that Walgreens has, 200 isn’t really that big of a number,” Boylan notes. “Not only could there potentially be some overlap, this is not uncommon for drugstores to reassess which stores are better off being shuttered. Walgreens is investing quite a bit into partnerships and services that they may be offering in-store in the future, so focusing on the more profitable stores is probably a good strategy for them long-term.”

Still, the retailer said it’s tapping the brakes on store growth, opening about 100 locations this year instead of the typical 300. In 2020, CVS plans to cut back openings to around 50.

CVS Pharmacy President Kevin Hourican told CNBC the downsizing of its expansion was a “natural change” given the number of stores CVS has and the growth in areas like delivery. CVS operates approximately 9,900 stores.

The company announced in May that it will close 46 stores, and will evaluate the 500 leases that come up for renewal annually.

The chain will focus on remodeling 1,500 stores into its health-focused HealthHUB concept by the end of 2021. These stores include more health services like nutritional seminars and kiosks helping customers measure and track blood pressure, weight and BMI, and they sell more health products like sleep apnea masks.

According to Saunders, “There is a real opportunity to transform stores into true wellness centers, where consumers can go for advice, basic healthcare services and to find out about new health technology and wellness initiatives.”

Overall, this is a massive area of economic growth and there’s currently no single player that truly exploits the space on a national scale, he adds.

“With their store reach and trusted brands, CVS and Walgreens both have the potential to be that player. However, both are held back by underinvestment in stores which, with their dark and dingy atmospheres, suggest malady rather than vitality.”

To be fair, Saunders says the HealthHUB concept represents an advancement from traditional shops. “However, there’s still more work to be done in optimizing the design and offer.”

While CVS is moving toward its HealthHUB strategy and transitioning to more of a healthcare company, Walgreens is investing in partnerships.

Walgreens has entered into more than a dozen partnerships with companies including Kroger, Birchbox, FedEx, Sprint, Humana and LabCorp, which are focused on driving more traffic into its stores and staving off competition.

Boylan says these partnerships could help Walgreens in the long run, “but it’s a little too early to say because it’s ongoing. It’s something that we’re watching quite closely and we understand the strategy, but it’s too early to make any definitive conclusions,” he notes.