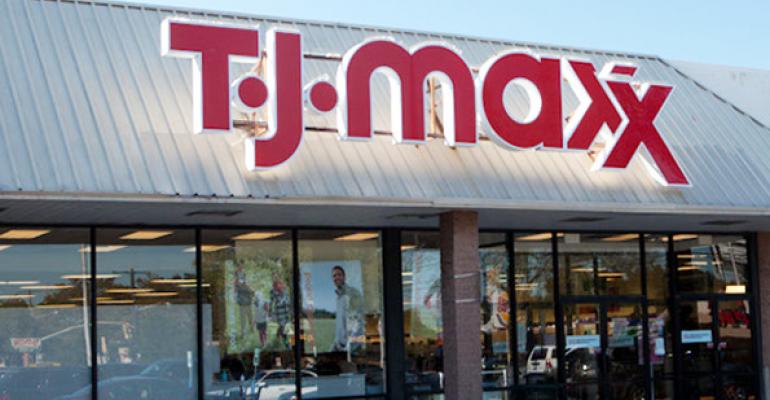 T.J. Maxx, Discount Rivals Hunker Down with No Online Options

COVID-19 has revealed a key weakness in discount retailers’ playbook: almost no e-commerce.

(Bloomberg)—For years, discount retailers like T.J. Maxx and Ross have been eating their rivals’ lunch as consumers warmed to the thrill of shopping as a treasure hunt experience.

But Covid-19 has revealed a key weakness in the discount playbook: almost no e-commerce.

Now, these off-price retailers, which were among the few outlets to add locations in recent years, are finding that a pandemic means a full halt to operations. The beleaguered department stores, meanwhile, can still rely on their websites for at least some revenue.

TJX Cos., owner of T.J. Maxx and Marshalls, and Burlington Stores Inc. closed not only stores, but also distribution centers and online operations. Ross Stores Inc. never had an e-commerce option. The thinking is that the web was never that big a factor in their combined $65 billion in annual sales, so by cutting costs to a minimum they’ll have cash to scoop up excess inventory that will turn into tasty bargains once they’re able to reopen their doors.

Not everyone’s convinced this will work. S&P Global Ratings downgraded TJX and Fitch revised its outlook for Burlington to negative amid concerns about the total lack of online sales and questions over whether these retailers can still attract shoppers willing to rummage after social distancing.

Though analysts have said these three companies have enough liquidity levers to hold them over in the near term, after years of expansion, the discount stores’ roughly 5,500 locations now sit idle while rent is still due.

All these issues have made the discount clothing sector worse off than other stores, something that has not been true for a long time, according to Simeon Siegel, a retail analyst at BMO Capital Markets.

“Most companies right now are operating a dual strategy of defense first, but still thinking about offense,” he said. “Ensuring that they survive and have liquidity, but at the same time using e-commerce to drive revenues. Off-price doesn’t have that. Off-price today is simply in defensive mode.”

America’s discount clothing stores gained market share during the 2008 recession as money-conscious shoppers flocked to their stores. Customers were happy to hunt through clothing racks and candle shelves to find hidden gems at marked-down prices. These in-person adventures allowed the discounters to largely ignore e-commerce. Marshalls, for instance, didn’t have online operations at all until 2019.

Fresh items for the bargain hunters could soon be available. Stores from Macy’s Inc. to David’s Bridal are now shuttered, with products from this shopping season collecting dust. Some retailers are growing more desperate each day. The off-price players might be able to swoop in, purchase and sell all that merchandise at good margins. Credit Suisse predicts that this could make for the “greatest buying environment for off-price in a decade.”

“We just had such a sudden and sharp drop-off in demand, just something I’ve never seen before,” said Janine Stitcher, an analyst at Jefferies. “There’s going to be a ton of inventory once we get through this and I think a lot of that is going to be funneled through the off-price channel.”

But it’s unclear whether people will still be comfortable shopping at discount stores, where customers pick up a lot of objects that others have touched. And cheek-by-jowl rummaging could be an issue after an extended period of social distancing. Stores like T.J. Maxx and Marshalls may be forced to re-envision their cluttered aisles.

In China, where stores have mostly reopened after the outbreak subsided, shops are going to great lengths to keep patrons comfortable. Malls have instituted temperature checks and control shopper traffic. Some stores disinfect all items that are taken into a fitting room and sanitize those spaces after every use.

Forrester Research reported that discount clothing store sales are expected to fall 86% year-on-year in April, on top of a 46% decline in March, with the segment projected to shed $9 billion in sales in that time.

TJX, one of the nation’s largest retailers, stopped issuing paychecks to most domestic store and warehouse workers on April 11. The company employs 286,000 people worldwide, mostly in the U.S., and Chief Executive Officer Ernie Herrman and his senior leadership team took a pay cut.

“These are unprecedented times,” Herrman said in a statement, explaining that stores and facilities remain closed to help stem the spread of the virus. “At the same time, we also take very seriously our responsibility to ensure the company’s long-term strength and stability well into the future, which has required making some difficult decisions in the near term.”

Ross lengthened its shutdown in early April and furloughed the majority of its 92,000 employees. Burlington remains closed too, and announced furloughs for its 47,000 staffers April 13. Neither company responded to requests for comment.

Not only are the stores working at zero revenue indefinitely, but TJX and Burlington have some of the highest rent burden in retail, according to Instinet analyst Michael Baker. Rent payments represent the “biggest current operating question” now facing retailers as they negotiate with landlords to work out concessions, he said in a note to clients. He doesn’t expect real estate executives to cave easily.

Still, retailers and landlords should do their best to find a compromise, Siegel said. “The worst thing a retailer with a large store fleet could do is cause their landlord to go under. That doesn’t help anyone.”

To contact the reporters on this story: Jordyn Holman in New York at [email protected];