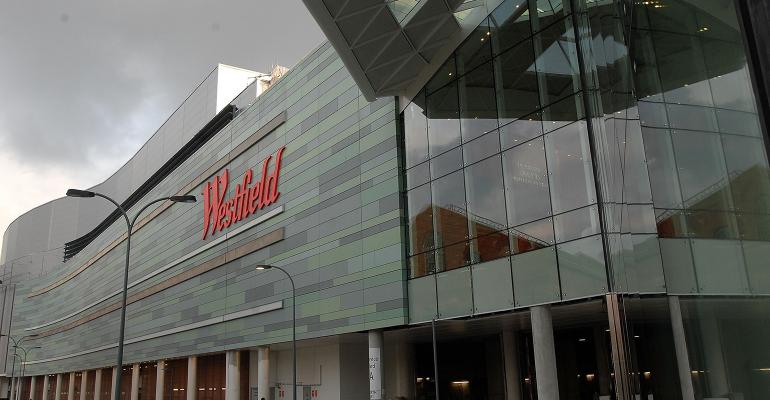 The company has been in early discussions with potential advisers about fundraising options.

(Bloomberg)—Unibail-Rodamco-Westfield, one of the world’s largest mall landlords, is considering raising new equity as the retail industry battles the fallout from the coronavirus pandemic, people familiar with the matter said.

The company, which operates sprawling Westfield shopping centers in Europe and the U.S., has been in early discussions with potential advisers about fundraising options, according to the people. It is considering a rights offering and may aim to raise about 3 billion euros ($3.5 billion) if it decides to proceed, the people said.

URW could seek to raise capital as soon as the next few months, though details of the structure and potential size haven’t been finalized, the people said. Shares of URW were down 6.6% at the close Friday in Amsterdam, the biggest drop in more than two weeks, giving it a market value of 5.9 billion euros.

A 3 billion-euro deal would rank as the second-biggest rights offering by a European company this year, trailing only the 4 billion euros raised by Spanish wireless tower owner Cellnex Telecom SA, according to data compiled by Bloomberg. URW could seek to raise a larger amount to take advantage of opportunities to expand at a time when competitors are struggling, the people said.

Deliberations are at an early stage, and there’s no certainty they will lead to a deal, according to the people. A representative for URW declined to comment.

Mall owners have been hit hard this year by lockdowns that have forced retailers to shut their doors and led many to miss rent payments. While retailers are taking tentative steps to reopen, for some large commercial landlords the damage has been done.

Intu Properties Plc collapsed into administration in June after failing to agree on waivers with its lenders. London-listed Hammerson Plc will raise 825 million pounds ($1.1 billion) through a rights issue and is considering the sale of some prized assets to help it through the pandemic, it said this month.

Net rental income from URW’s European shopping center portfolio fell 10.6% in the first half to 730.7 million euros. URW said the evolving nature of Covid-19 made it difficult to assess the impact of the pandemic on the future prospects for its business.

URW agreed to pay almost $16 billion for Australia’s Westfield Corp. in 2017 as increasing online sales pushed mall operators to consolidate. The group today operates 89 shopping centers across 12 countries, according to its website. Its property portfolio also includes offices and convention and exhibition spaces.

--With assistance from Geraldine Amiel.

To contact the reporters on this story: Ruth David in London at [email protected];

To contact the editors responsible for this story: Dinesh Nair at [email protected]