Notes: The company has permanently closed 185 of its restaurants. It plans to restructure its debt and reemerge from bankruptcy with a streamlined portfolio.

Notes: The company owns and operates 14 of its restaurants. The rest are franchises. It plans to keep its locations open and will try and renegotiate its leases.

Notes: The gym operator is not planning on closing any of its locations. “Town Sports International is not going out of business," the company said in a press release announcing its bankruptcy. "Restructuring is the best way to properly respond to the Covid-19 pandemic, with the long-term goal to emerge as a thriving powerhouse ... as an even stronger company.”

Notes: As part of its Chapter 11 restructuring filing, the company announced it was selling all of its assets to Aurify, the same company that acquired the U.S. operations of Le Pain Quotidien earlier in the year.

Notes: Through the course of the third quarter, Regus Corp. place at least 97 different entities into bankruptcy protection.

Notes: The iconic New York City discount department store chain is closing all 13 of its stores and liquidating its assets.

Notes: As of late October, the company had closed all of its stores as part of its liquidation process. It is still trying to sell its intellectual property.

Notes: Plans to eliminate 20 percent of corporate jobs and close up to 500 stores while cutting its debt by $630 million.

Notes: The company closed 24 of its 38 locations. The list of stores closing is avalaible here. In October, Bloomberg reported that Investment firm Saadia Group LLC won a bankruptcy auction for the company's assets with a cash bid of $12 million.

Notes: The company secured temporay financing to ensure continuing operations. It has not announced store closing plans. In late October, it received court approval to exit bankruptcy. It eliminated more than $220 million of existing funded debt and will emerge with total debt of $177 million.

Notes: The company plans to permanently close up to 1,600 stores. It will reduce its debt by roughly $1 billion as part of its restructuring. It also recently agreed to sell its Justice brand for $35 million.

Notes: The company is used its restructuring to keep all of its stores open and re-hire workers that had been furloughed during the pandemic. It emerged from bankruptcy in early September.

Notes: The company hired Great American Group LLC to help it conduct liquidation sales as it closes all of its physical locations. It is trying to sell its e-commerce business. Saadia Group, a New York investment company, acquired the remaining NY & Co. assets and intellectual property and is continuing the brand as an online retailer.

Notes: The company plans to shut "a small number of its stores" and intends to emerge with a renewed focus on online sales.

Notes: The company planned to close 56 stores as part of its restructuring. It also laid off 20 percent of its corporate staff. In August, a joint venture between Marquee Brands and CSC Generation agreed to buy the company out of bankruptcy for $88.9 million. The sale was approved in October.

Notes:  The company shut 166 locations in Canada and 42 in the U.S. to shift focus to online sales and wholesale distribution in North America. Canadian entrepreneur Doug Putnam took over 45 of those locations and is launching a new chain called T.Kettle.

Notes: Simon Property Group and Authentic Brand Group reached an agreement to buy the firm for $325 million in early August. As part of the plan, the buyers committed to continue operating at least 125 retail locations.

Notes: Simon Property Group and Authentic Brands Group reached an agreement to buy the company for $140.1 million in mid-August, according to CNBC. They will become the core licensee and operating partner for Lucky, "overseeing all sourcing, product design and development, running all of the retailer’s stores in North America, and its e-commerce business."

Notes: The company is seeking to get out of four of its leases while paying for 25 percent of its rent obligations.

Notes: On August 18, NPC reached a deal with YUM! Brands to close roughly one-fourth of its Pizza Hut locations, according to CNN. NPC is also a major franchisee for Wendy's. It has not announced any plans for that part of its portfolio.

Notes: In late October, CEC gained approval on its reorganization plan and has reopened many of its locations that were shut down during the early stages of the pandemic.

Notes: Harbin Pharmaceutical Group Holding Co. Ltd. agreed to a stalking horse bid worth $760 million, plus the assumption of certain liabilities to establish a minimum purchase price for GNC's assets. A bankruptcy court judge has ruled that offer to be satisfactory and the plan was approved in mid-October.

Notes: The company lined up a $250-million bankruptcy loan, according to Bloomberg and in October announced a restructuring support agreement.

Notes: Aurify Brands paid $3 million for the right to be the Belgium-based company’s U.S. master franchisee and is now operating the company.

Notes: The retailer planned to close about one-third of its stores and is attempting to renegotiate many of it leases as part of its restructuring process, according to Spectrum 13 News. It explored selling its assets, but has now decided to seek approval for a plan to reorganize as a standalone entity.

Notes: Rideshare firm Lyft has launched a rental car business, SIXT Rent-A-Car, which has taken over 10 of Advantage Rent A Car's locations, according to the Wall Street Journal.

Notes: Hertz is working to dispose of at least 182,521 leased cars by December 31, 2020. In late October, a bankruptcy judge approved a $1.65 billion loan to help the company keep operating as it restructures.

Notes: J.C. Penney is poised to emerge from bankruptcy after working out an agreement with  into an asset purchase agreement with Brookfield Asset Management, Simon Property Group and a majority of the company’s debtor in possession and first lien lenders.

Notes: The company sought a sale, but failed to find a buyer. So it is now proceeding with a liquidation, reports Homeworld Business.

Notes: The company is planning to close about half of its stores as part of its restructuring, according to Western Investor.

Notes: The company closed five stores as it restructured, according to Footwear News. The company then emerged from bankruptcy protection in late September.

Notes: The company exited bankruptcy protection in June under a new ownership, The Apparel Group, according to The Dallas Morning News.

Notes: In early August, the company's creditors accused the retailer of intentionally undervaluing the company’s business, according to a Reuters report. Nevertheless, by early September the company was able to emerge from bankruptcy protection.

Notes: The company has pushed for rental concessions amid uncertainty as to when a broad reopening of movie theaters will take place. 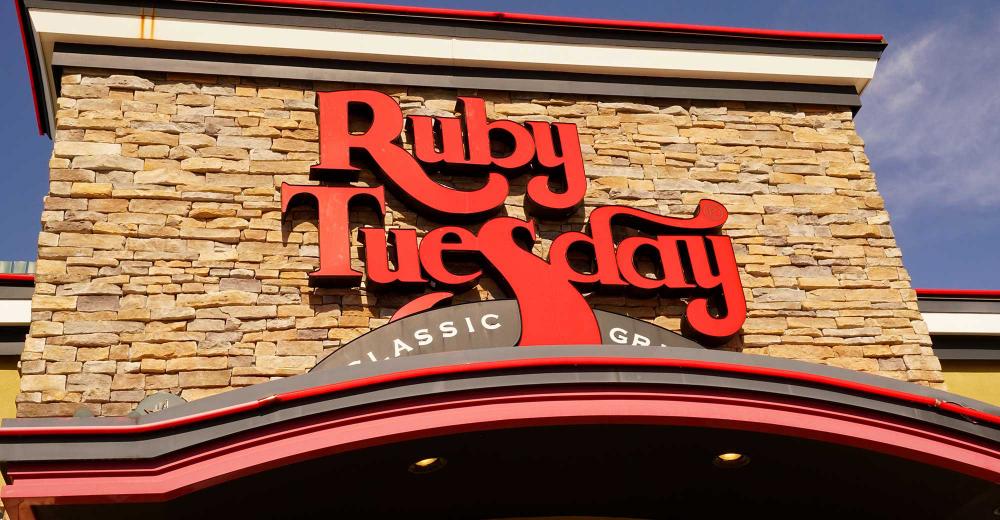 Next Up
15 U.S. Cities Most Popular with Millennial Renters
Start Slideshow ›