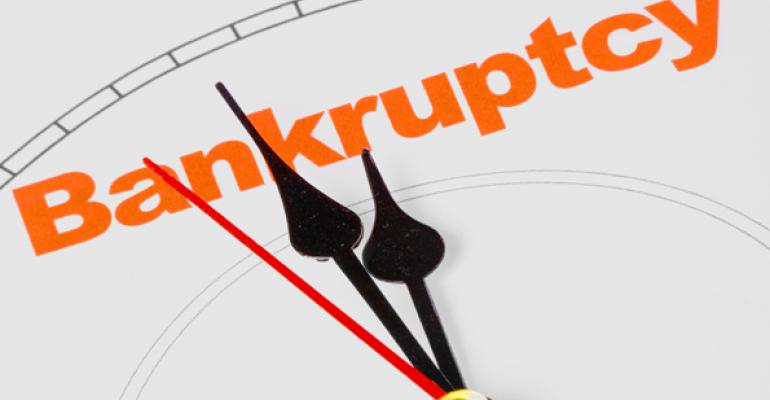 The luxury department store chain is battling against the clock to save itself.

Luxury department store chain Barney’s New York joined a long list of retailers filing for bankruptcy protection this year. The chain filed for Chapter 11 in New York this week and secured, Bloomberg reports. On Wednesday, it secured about $218 million in financing from Brigade Capital Management and B. Riley Financial to facilitate a going concern sale process. The court already granted the company interim approval to immediately use $75 million of that sum to meet its financial obligations. As part of the organization, Barney’s plans to close 15 stores, rejecting those leases. Five flagship stores in Manhattan, San Francisco, Beverly Hills and Boston will remain operating as well as two Barneys Warehouse sites. The retailer also intends to go ahead with the opening of its planned new location at the American Dream mall in the New Jersey Meadowlands, as well as stores at Bel Harbour in Miami Beach and in Las Vegas.

Here’s a map of all of the retailer’s current locations. The mustard-colored signs represent stores that will remain open, the purple signs indicate new locations that are slated to open and the dark green signs are for stores that will close as part of the bankruptcy proceedings.

Barney’s executives partly blamed store rents that were “excessively high” for the retailer’s financial troubles, according to the Wall Street Journal. Last year, an arbiter ruled that the rent on Barney’s store at 660 Madison Avenue in New York City could be almost doubled from $16 million to $30 million, The New York Times reported. The rent hike was the result of a lease renewal clause Barney’s signed with landlord Ashkenazy Acquisition Corp. in the early 2000s. When the new rent went into effect in January of this year, it erased a large portion of Barney’s earnings before interest, taxes, depreciation and amortization were even taken into account, CNBC reports.

At the time of the bankruptcy filing, Barney’s carried approximately $200 million in debt. Company executives plan to use its new financing to find a buyer for the chain within a 60-day period. If a buyer can’t be found, the retailer will have to liquidate.

Barney Pressman launched Barney’s in 1923 by Barney Pressman as a small menswear shop. It had filed for Chapter 11 once before in its history—in 1996, as a result of a dispute with its then-partner Isetan, a Japanese department store.