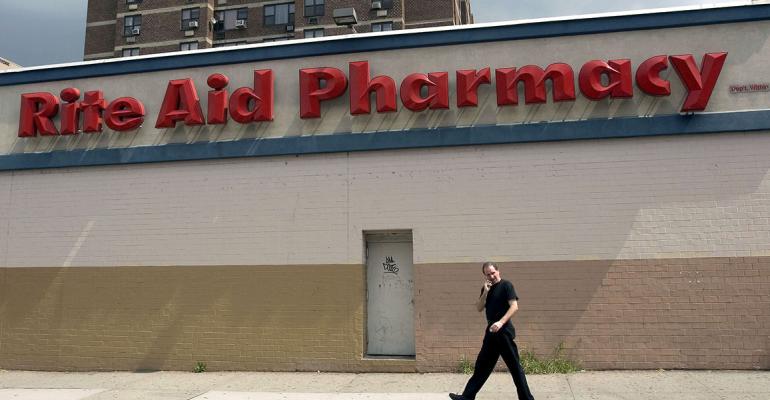 Which Troubled Retailers Might Run Out of Time in 2020?

Last year set an all-time record for store closings. Here are the retailers that may close stores or file for bankruptcy in 2020.

However, the final number of closures was significantly below Coresight’s earlier estimate of 12,000 by year-end 2019. Last year’s victims included Payless ShoeSource, Charlotte Russe, Shopko and Gymboree, all of whom filed for liquidation.

What will 2020 bring? The consensus is that retail closures/bankruptcies will continue to weigh heavy on landlords. U.S. retailers have announced 757 store closures and 1,400 store openings so far in 2020, Coresight reports.

Still, this year may look a little better than 2019, according to Deborah Weinswig, CEO of Coresight.

"Given the high number of closures in 2019 and the previously observed ebb and flow of closure peaks, closures may moderate in 2020," Weinswig wrote in a blog post.

However, she acknowledged there will still be shakeout.

"The reshaping of U.S. physical retail is not complete; as more sales move online, we expect retail to see a steady, ongoing reconfiguring of physical space,” Weinswig noted.

What do ratings indicate?

As of Jan. 13, 2020, ratings firm Moody's listed 17 retail or apparel companies with credit ratings of Caa1 or lower, the point at which companies are considered a significant risk for lenders. That list includes J.C. Penney, Neiman Marcus, J. Crew, Pier 1, Rite-Aid and Ascena Retail Group.

“The list evolves, but there are a lot of names that have been on there for a while,” says Charlie O'Shea, senior retail analyst at Moody's. The common theme, he notes, is too much debt and weak balance sheets. “A lot of these companies are running out of time if they haven’t already, and there are others that will be in that same boat as well,” O’Shea says.

Ratings firm S&P Global Ratings listed 20 retailers/restaurants with credit ratings of ‘CCC+’ or lower, the level at which companies are considered vulnerable and pose a significant risk of non-payment to lenders.

S&P views those that are in the ‘CCC’ category as having a one in two chance of default, notes Sarah Wyeth, sector lead for U.S. retail & restaurants at S&P Global Ratings. That list includes Pier 1, J. Crew, Niemen Marcus, J.C. Penney, Ascena Retail Group, Rite-Aid and Petco Holdings.

Because these retailers have so much debt, bankruptcy is often the next step as Chapter 11 allows them to get out from leases on their underperforming stores. While some will emerge successfully from bankruptcy, others will close permanently.

When retailers go through reorganization they decide whether to reject some leases and which stores to keep open, notes Ana Lai, senior director at S&P Global Ratings.

The class-B malls, in particular, are the ones that are going to continue to feel the most pressure from this dynamic, as they had in 2019, Lai notes. “That’s because we think the potential bankruptcies and those that have already been announced like Forever 21, will go through the system.”

“From the real estate perspective, unless there’s a liquidation, the impact could be managed,” Lai notes.

She points to the Forever 21 bankruptcy, for example, and says for the REIT landlords in S&P’s portfolio, the exposure is fairly limited. “The public REITs are well-diversified in the tenant base, so no one bankruptcy is going to knock them down.”

But if there’s a significant number of bankruptcies and even just voluntary store closings, which S&P believes is possible as some of these retailers look at their business model, it will have an impact.

“While retailers are being hesitant about closing stores, they may be looking at potentially rightsizing their cost structure and consider making more store closures as part of their portfolio management going forward,” Lai says. “So those are things we’re looking out for.”

In the third quarter of 2019, 20 percent of the public companies that S&P rates missed forecasted operating income targets by more than 10 percent.

“Some of the riskier issuers reported results that were well below our expectations,” says Wyeth.

“Our view of retail is by and large negative,” Wyeth notes. “If you think of all of the ratings that we have in retail, most are bricks-and-mortar and investing in e-commerce. Bricks-and-mortar retailers without a good e-commerce strategy or without a discount offering are generally the weakest players from a competitive perspective.”

E-commerce sales jumped to a record-high 18.8 percent during the 2019 holiday season.

“E-commerce is growing at a faster rate than bricks-and-mortar, and we don’t know if there’s an end in sight,” Wyeth says.

Here are some retailers anticipated to shutter stores this year:

“They have a lot of cash, but they also have a larger debt load coming due in a couple of years,” Egelanian notes. “With sales hemorrhaging, at some point the largest equity and debt stakeholders are going to put all their cards on the table—meaning bankruptcy, or at least a major structured refinancing of some type.”

Egelanian also projects that Macy’s will announce the closure of up to 250 stores. The retailer already announced 30 closings.

Macy’s does half of its total sales volume of just under $25 billion in 150 of its stores, leaving the rest of the approximately 500 stores doing only around $12 billion in total volume, Egelanian notes.

“Macy’s has signaled that it’s ready to deal with the underperforming stores sooner than later, and with roughly 500 stores in that category, 250 would be a reasonable ‘down payment’ on the inevitable closures,” he adds.

Sears continues to whittle down locations after filing for bankruptcy in October 2018. Now it’s closing another 51 Sears stores and 45 Kmart locations.

Fast-fashion retailer Forever 21 filed for Chapter 11 bankruptcy protection in 2019 and is anticipated to close up to 178 locations in the United States.

Ascena Group rated ‘CCC’ by S&P. The company owns Ann Taylor, Loft, Justice, Dress Barn and a couple of other brands. The company has been struggling for a long time and is over-stored, Wyeth notes. Its recent announcement of a plan to close all 650 of the Dress Barn stores reinforces the image of a struggling retail operator, she says.

J. Crew is another mall-based apparel retailer that’s flailing; it’s rated ‘CCC-‘ by S&P. Some speculate the retailer’s demise may be looming.

Pier 1 plans to close up to 450 locations—nearly half of its stores amid continuing losses—and bankruptcy could be in its future.

“Pier 1 has struggled because of a lack of an e-commerce strategy, but also the HomeGoods stores have emerged,” Lai says. “They have worked pretty well for the TJX organization, which is doing off-price branching into the home category.”

Target also has done a good job within the home category, she notes.

Pier 1 is rated ‘CCC-‘, which is just a notch or two above ‘D,’ indicating a default, Wyeth says. “The CCC- suggests an imminent possibility of a default,” she says.

Pier 1 is struggling to compete, because “so many things you would buy at Pier 1 you can buy online. That demand for convenience is also hurting Beth, Bath & Beyond,” Wyeth notes. “We rate them ‘BB’ with a negative outlook. They used to be investment grade. They haven’t demonstrated a competitive e-commerce strategy at this point, but they do have entirely new management, so we’re watching them very carefully.”

Struggling Bed, Bath & Beyond reported in January 2019 it would close up to 60 stores.

The outlook is dim for Rite-Aid, which Moody’s gave a credit rating of Caa1. It’s smaller than its rivals CVS and Walgreens and its future remains unclear. Meanwhile, Walgreens announced 200 store closures and CVS announced 22.