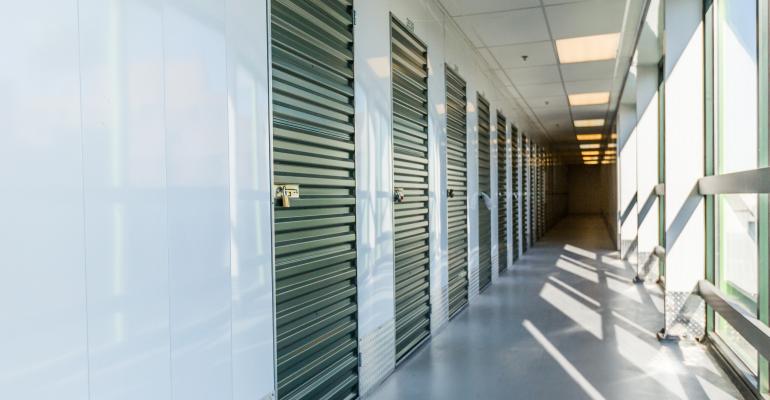 As Rent Growth Declines in the Self-Storage Sector, Developers Slow Down New Projects

Rents have stopped rising at many self-storage properties, as managers struggle to compete with new facilities opening nearby.

Stagnant rents are finally dampening the enthusiasm of developers to build new properties. After years of relentless activity, they are breaking ground on fewer self-storage facilities this year. That should help cool down the competition for tenants, and eventually allow rents to grow again.

“In 2020, we will likely experience some relief," says Brian Somoza, managing director for self-storage with JLL Capital Markets.

Many new self-storage properties have had to cut their rents more than experts anticipated.

“They discount street rents to fill up. It’s a race to the bottom,” says Nick Walker, Los Angeles-based executive vice president with real estate services firm CBRE. “If you have a lot of supply come on-line, maybe you won’t lose occupancy, but you will have to move new tenant in at a much lower rent.”

Rents have dipped around these new properties, even in submarkets with strong demand for self-storage space and relatively little supply. “We are still seeing rents deteriorate until the new facility leases up,” says Walker.

The competition has dented the average net operating incomes (NOI) reported by REITs that focus on self-storage. NOIs for the top five REITs grew between 1 percent and 4 percent over the 12 months that ended in the first quarter of 2019. That’s less than half the annual NOI growth reported by these REITs earlier in the recovery, says Walker.

New self-storage properties continue to open in submarkets across the U.S., but these ribbon cuttings will be less common in 2020.

Developers opened roughly 150 self-storage properties, totaling about 15 million sq. ft. of space, in the first quarter of 2019. That’s roughly the same as in 2018, according to a tally kept by Yardi Matrix.

Developers have already begun construction on enough new projects to keep opening properties at a similar pace for the rest of 2019. "We expect 2019 to be on par with 2018, in terms of new self-storage deliveries," says JLL’s Somoza.

However, far fewer new self-storage facilities are expected to open in 2020. Developers are likely to open just 250 to 300 new properties in 2020 in the top 40 metropolitan statistical areas, according to a count kept by CBRE. That’s less than half of the 700 to 800 new properties expected by CBRE in these same top markets in 2019.

"Delivery of new supply is slowing, but continues to have an impact on operating fundamentals," says Ryan Clark, director of investment sales with SkyView Advisors, a national self-storage brokerage firm.

Even though developers are building fewer self-storage properties overall, they still have hundreds of new projects planned for 2020. "We are continuing to see new capital sources pursue self-storage assets," says Clark.

Some of these developers are still able to find good opportunities, especially in secondary cities as migration to these cities increases,” according to Jeffcoat.

In addition, because self-storage properties tend to draw their customers from the area within three miles of the facility, new properties that are further away don’t have much noticeable effect on their rents. For example, developers have built a tremendous amount of new self-storage space in Dallas-Fort Worth. “However, you can find plenty of submarkets in Dallas-Fort Worth where it would make sense to build new self-storage, despite all that new supply,” says Walker.

Because the trade area of a self-storage property is so small, properties in different submarkets of the same metro may perform very differently from each other.