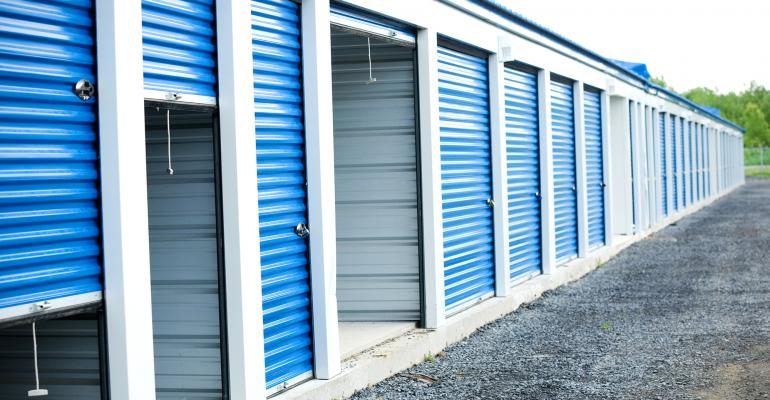 Investors are talking a good game as they negotiate to buy self-storage properties—but on average, they are still paying high prices and accepting low investment yields.

“I have seen some re-trading… maybe 1.5 percent of the purchase price,” says R. Christian Sonne, director of specialty practices for the national self-storage valuation group at real estate services firm CBRE. “Property assessment reports are being reviewed a lot more closely than a few years ago.

But deals are still getting done at nearly record low cap rates, with multiple potential buyers bidding for most properties, says Sonne.

Self-storage properties remain extremely desirable to investors. Investors are paying high prices despite rising interest rates and reports of overbuilding. Their enthusiasm to buy may be because the percentage of occupied space in the sector is at an all-time-high. Self-storage also earned a reputation for being resistant to recessions during the last economic downturn, giving even more comfort to potential investors.

The yields that investors are willing to accept for self-storage properties have been very consistent over the last few years, even as interest rates have slowly begun to rise. Cap rates for self-storage properties averaged 6.5 percent in the third quarter of 2018, according to Real Capital Analytics (RCA), a New York City-based research firm. That’s up slightly from the low point of 6.3 percent in 2017, though cap rates have lingered in the mid-6.0 percent range since the end of 2015.

Other market watchers see a similar steadiness in the self-storage sector, though they may be taking data from a slightly different set of properties. Since 2015, cap rates for these properties has averaged between 5.74 percent and 5.60 percent, according to CBRE.

The yield on investments in self-storage properties has stayed low even as interest rates have risen, including the benchmark yield on 10-year Treasury bonds, which was above 3.0 percent for most of October, up more than 150 basis points from its most recent low point in the spring of 2016.

That can’t last forever, especially as Federal Reserve officials plan yet another increase to their benchmark interest rate targets before the end of 2018.

“I was concerned about cap rates rising two years ago, and it didn’t happen,” says CBRE’s Sonne. He expects cap rates to inch upwards as much as 25 basis points over the next year. That would reflect some, but not all, of the anticipated Fed increases to interest rates.

"New supply continues to put pressure on rent growth in many markets. However, we have not observed any widespread lack of demand for physical space and most new properties are leasing up at the anticipated physical occupancy trend," says Ryan N. Clark, director of investment sales for SkyView Advisors, a national self-storage brokerage based in Tampa, Fla.

Even in cities where developers have opened many new properties, they tend to compete only with properties in very close proximity. “Self-storage trade areas are very small,” says Sonne.

Two-thirds of self-storage customers rent space at a facility within two or three miles of their home address. That means a self-storage property should not be hurt by competition from new properties more than three miles away. However, the local nature of the business also magnifies the damage caused by competition from properties down the street or near the same freeway exit.

Rents at self-storage properties will likely rise by an average of 3.5 percent over the next year, according to CBRE. That’s a steep drop from the double-digit rent hikes that were common earlier in the cycle. “Rent growth will be closer to the rate of inflation over the next year or two,” says Sonne.

The percentage of self-storage units that are occupied has risen to unheard-of levels, well above 90 percent, according to reports from leading self-storage REITs. “That was not believed to be possible,” Sonne notes.

However, the customers who use self-storage are becoming more consistent, as they often use their storage spaces to compensate for smaller living spaces, especially in urban areas. They are using self-storage for longer periods of time, averaging15 to 18 months, up from stays of less than a year on average in earlier decades, according to CBRE.

“It’s more a part of a lifestyle, not just in response to a life event like a divorce or leaving school,” says Sonne. “Some of the strongest rents and the most demand is in urban infill locations, where people don’t have a second or third bedroom to store their stuff.”