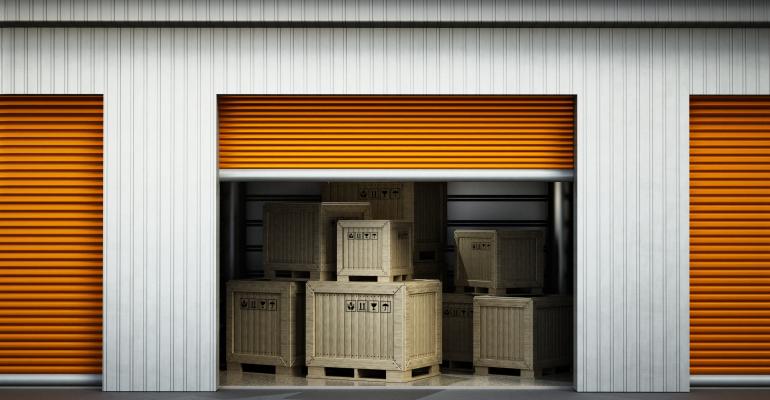 Developers may have added too much space to the self-storage sector to keep supply levels in check.

(Bloomberg Opinion)—One of the hottest sectors in real estate investment trusts last year may no longer spark joy with investors. Marie Kondo, the tidying-up sensation, may be partly responsible.

Shares of self-storage REITs were up 3 percent last year, including dividends, in what was a tough market for real estate. Hotel REITs fell 12 percent, including dividends, in 2018. REITs focused on shopping centers dropped nearly 15 percent. Overall, REITs lost 5 percent last year, worse than the overall stock market. The basic reason for the success of self-storage is pretty evident to anyone who has lived in America, or just knows Americans: We buy a lot of stuff, and we don’t like to throw it away. That’s created a steady stream of demand for self-storage units for a while.

The self-storage industry became a true diamond in the rough after the financial crisis. Developers stopped building. Foreclosures meant people needed a place to put their 65-inch TVs, sectional couches and all the other stuff they bought on lines of credit to fill up their McMansions. Storage prices rose. Profits soared.

Now supply is catching up, as is KonMari-method mania and its minimalist appeal. Salvation Army stores nationwide have experienced a big pickup in donations since late last year when Netflix began airing “Tidying Up with Marie Kondo,” which features the Japanese organizational guru whose main tenet is what doesn’t bring pleasure must go, and not to a storage facility but for good.

But the biggest problem for self-storage may be too much space. Developers added about 100 million square feet of storage facilities last year and spent more than $4 billion, according to real estate advisory firm Green Street Advisors. That was double what they spent in 2016, which was 50 percent more than the year before that. Green Street estimates development this year will most likely match 2018, still near peak levels. And there turns out to be a lot more places to put stuff than it appeared just a few years ago.

Two-year-old startup Neighbor wants to be the Airbnb of storage, allowing people with extra garage space to hook up with people who have extra boxes. Last month, Clutter, which offers an Uber-like storage app that allows users to schedule pick-ups and redelivery on a smartphone, raised $200 million from a group of investors led by Softbank’s Vision Fund. On top of that, in what is certainly a sign of late-consumerism, U-Haul recently bought 13 Kmart and Sears locations to turn them into self-storage facilities. Imagine filling the former stores of the now bankrupt retailer with stuff that people bought there but have no place to put. “The storage REITs have been seen as a safe bet, but not with the supply coming on line and tech disruptors at the gates,” said Aaron Edelheit, CEO of Mindset Capital.

None of this seems to have been fully packed into the self-storage companies’ shares, which Green Street says are still trading at a premium to their assets, and other REITs. Shares of the $37 billion REIT Public Storage, the industry’s largest, did lag the market last year, but only after handily outperforming the S&P 500 Index in nearly every year since the end of the recession. On a conference call with analysts last week, Public Storage CEO Joe Russell warned there was trouble ahead for new storage facilities, particularly large ones. “I think there is an element of both disappointment and potentially and ultimately some level of distress that could come” from all of the large stores, said Russell, whose company has a 270,000-square-foot facility, one of the largest in the country, in the Bronx. And it’s building a giant facility in nearby Jersey City.

Extra Space Storage Inc., the second-largest storage REIT, recently began offering bridge loans to other operators of storage facilities to supplement growth. Shares of that company are trading at nearly 20 times its funds from operations, which is the standard metric of earnings for REITs. But Bloomberg Intelligence analyst Lindsay Dutch says Extra Space’s growth in funds from operations could slow to just more than 1 percent in 2019, from nearly 7 percent last year. CubeSmart, which rounds out the big three in the industry, said on its recent earnings conference call that 50 percent of its facilities would face new local competition, up from 40 percent last year, and 25 percent the year before that.

The highest flier of the sector is Life Storage Inc. Its shares have gained nearly 29 percent in the past year, including dividends. It has been growing faster than much of the industry, but the company is more concentrated than others in Texas, and the aftermath of flooding in Houston during Hurricane Harvey in 2017 may have given the company an earnings boost as displaced residents sought to store their belongings. Last week, the company reported that its net income rose 114 percent last year. But included in those earnings was the detail that Life Storage is selling older properties and using the proceeds to buy newer ones. Exclude the gains on those sales, as well as some other accounting costs, and its profit growth shrinks to 5 percent.

Applying the Kondo principles, investors will need to consider how much joy the storage REITs are likely to spark going forward. Their prospects only look more cluttered from here.

Stephen Gandel is a Bloomberg Opinion columnist covering banking and equity markets. He was previously a deputy digital editor for Fortune and an economics blogger at Time. He has also covered finance and the housing market.

To contact the author of this story: Stephen Gandel at [email protected]