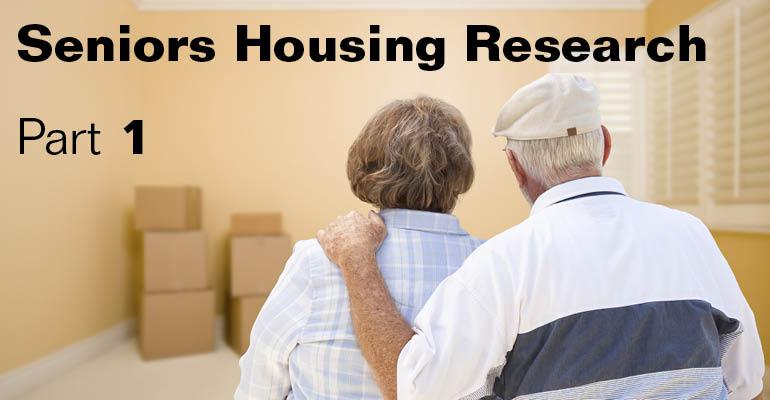 Part 1: Hanging in There

Despite a surge in seniors housing construction, the industry remains optimistic in its outlook for steady performance as capital continues to pour into the sector.

According to exclusive research findings from a survey conducted jointly by NREI and NIC, most survey respondents anticipate stable or improving fundamentals across the seniors housing sector in the coming 12 months. The majority of respondents (73 percent) believe rents will rise, while 56 percent expect a slight uptick in occupancies.

Yet new supply is clearly an issue that is top of mind. Respondents said that new and competing facilities have had the biggest impact on occupancy rates at seniors housing facilities over the past six months. On a scale of 1 to 5, with 5 being the most significant impact, 62 percent of respondents rated the impact of new and competing facilities as either a 5 or 4. That sentiment is up sharply compared to past surveys in 2014 and 2015, where the significant impact from new supply was viewed at 47 percent and 50 percent respectively.

“Given the new supply that has come into the market, it makes sense that competition would be rearing its head more now than a few years ago,” says NIC Chief Economist Beth Burnham Mace. Respondents also rated the state of the U.S. economy as a very or somewhat significant factor impacting occupancy rates at 55 percent and state of the U.S. housing market at 47 percent. Rental discounts and concessions were viewed as having the lowest impact on occupancies at 34 percent.

According to NIC data, seniors housing occupancies remained flat in the first quarter at 90.0 percent, while rents posted an annual increase of 3 percent.

Survey sentiment indicates a similar outlook, with more rent growth and stable occupancies in the year ahead. Overall, 39 percent of respondents anticipate a modest rate increase of less than 1 percent; 10 percent said 1 to 2 percent; 11 percent said 2 to 3 percent; and 7 percent expect rents to rise by more than 3 percent. Among those that predict an increase in occupancies, the majority expect only a slight improvement of less than 1 percent.

The fact that occupancies have been stable for the past two years could suggest that the market is at or near the peak. Most respondents (42 percent) believe that the seniors housing market is at the peak, while 29 percent think it is still in recovery/expansion mode. Eighteen percent said they were not sure of the phase, and only 11 percent think the market is either in a recession or trough.