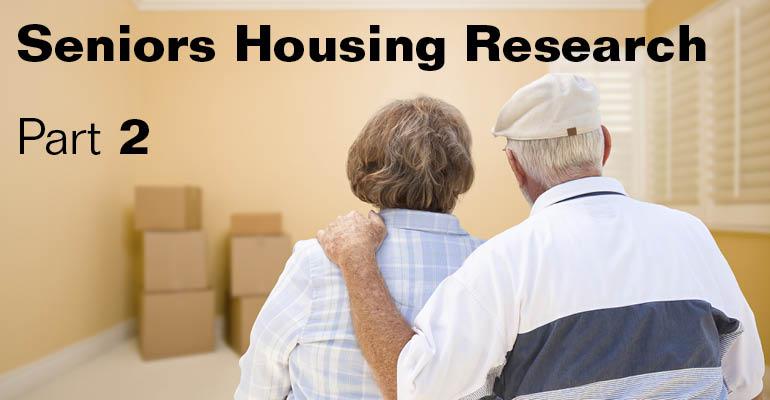 Overall, sentiment is positive considering the volume of new supply that is being added to the market. There was an estimated 30,450 units under construction during first quarter in the top 31 metros in the country, which accounted for 5.5 percent of the total inventory in those cities. That level exceeds the prior peak in late 2007 when units under construction represented about 4.8 percent of total inventory, according to NIC.

And that development pipeline remains robust. In all, 45 percent of respondents expect to see an increase in seniors housing construction starts over the next 12 months, 31 percent think it will remain the same and 24 percent anticipate a decrease. “While construction is definitely on the radar screen, it doesn’t seem to be as much of a threat as it was in prior surveys,” adds Mace. Expectations for new construction has declined compared to both the 2015 and 2014 surveys, where a higher percentage—69 and 72 percent, respectively—said that they expected to see an increase in construction starts.

“Unequivocally, it is very busy and there are a lot of people out building seniors housing and skilled nursing assets,” says Matt Monson, vice president of acquisitions and business development at Carmel, Ind.-based Mainstreet. The developer builds primarily transitional care and skilled nursing facilities aimed at shorter term stays. Mainstreet has completed 32 properties over the past few years and currently has another 28 projects lined up that are in various stages of development and construction.

“It is an attractive time to develop,” adds Monson. But, given the increased activity, it is important to conduct thorough due diligence and understand the current supply-demand metrics for individual markets, he says. The Mainstreet business model also offers a different style of transitional care that delivers more of a “hospitality-oriented” experience compared to traditional facilities. For example, Mainstreet broke ground this spring on a 94-bed post-acute care and assisted living facility in Phoenix. The property will offer amenities such as a large therapy gym, a movie theater, a spa and on-site chef, among other features.

Despite the uptick in construction, the vast majority of respondents (79 percent) remain confident that the new construction will not lead to overbuilding. That sentiment could be a reflection of the fact that development is more concentrated in a small number of active markets. For example, new construction in Atlanta during first quarter amounted to almost 17 percent of its total inventory, while San Antonio had 15 percent of its current inventory that was under construction. At the opposite end of the spectrum, Baltimore, Philadelphia and San Diego all had construction at less than 2 percent, according to NIC.