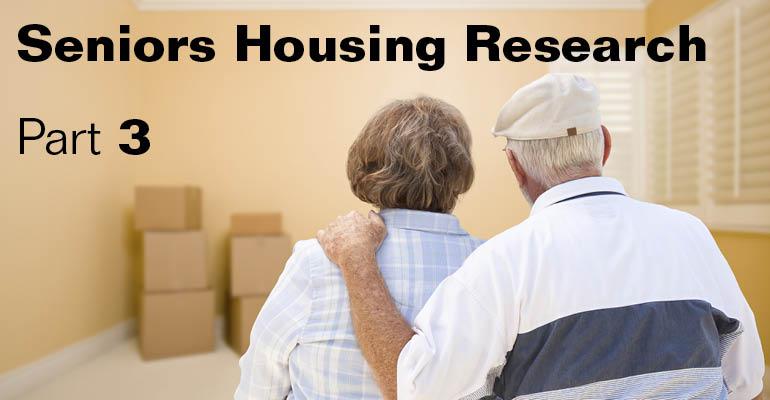 Respondents reported mixed views on which regions of the country were the most attractive based on the strength of fundamentals. Sentiment was fairly evenly split on the West, East and South as having more attractive fundamentals at between 39 and 41 percent, while the Midwest was viewed less favorably at 22 percent. “The Midwest tends to be one of the lesser favored areas, and that has to do with the slower growth of the economies and populations in those areas,” says Mace.

“The strongest markets in our portfolio are the West Coast and the East Coast from Boston to Washington, D.C.,” says Scott Brinker, chief investment officer at Toledo, Ohio-based Welltower Inc. Those areas are benefiting from higher barriers to entry, population density, housing values and job growth. Across its portfolio, Welltower has average occupancies of about 90 percent, with annual rental rate growth that is averaging between 3 and 4 percent.

However, there are large gaps in performance emerging across different markets, adds Brinker. There are a handful of large MSAs with low job growth and too much new supply that will experience declining occupancy and pressure on rates, while other markets have very little new supply and solid job growth. “The broad brush analysis isn’t appropriate right now,” says Brinker. The “national average” data will hide the disparity in performance that will exist from market to market, he adds.