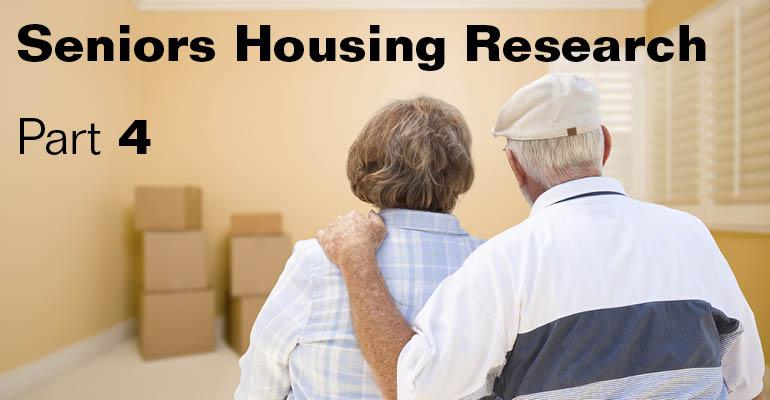 Seniors housing has attracted a significant amount of interest from institutions, REITs and private equity in recent years. Nearly half of respondents (49 percent) expect property sale transactions to remain the same over the next 12 months, while 26 percent expect sales to increase and another 25 percent expect sales to decrease. According to a first quarter report released by NIC and Real Capital Analytics, sales over the 12-month period ended March 31 declined 18 percent year-over-year to $12.4 billion.

Although 2016 is expected to be a strong year, it is not likely to match the pace of 2015 in terms of volume, notes Cody Tremper, managing director at New York City-based Greystone Real Estate Advisors. There haven’t been as many portfolio deals brought to market as there were in 2015, and the deals that are trading in 2016 are mostly one-off transactions, he says. Yet there is still a lot of competition in the marketplace. For example, Greystone had a property on the market that was located in a secondary market that attracted 10 qualified offers.

“The market is still very active, buyers are just being a little bit more selective in what they are looking for, and they are looking more at a trailing income as opposed to buying on pro forma,” adds Tremper. In-fill locations are in high demand. Buyers also like properties that offer a continuum of care, such as independent living, assisted living and memory care. “Any property that has an avenue to protect your back door to where you can move residents through the different care types is going to be more attractive and command a higher price than one stand-alone property or care type,” he says.

“We are being very selective in the opportunities that we are pursuing right now,” agrees Kendall Young, executive vice president of senior housing investments at Irvine, Calif.-based HCP Inc. HCP closed on about $1 billion in acquisitions in 2015, and as of first quarter the company had closed on $554 million in investment transactions. HCP currently has a seven-property portfolio under contract for $190 million in the Washington, D.C. area. “We like the demographics of that area and we like the barriers to entry,” says Young. HCP also has been selling off its non-core assets and intends to continue doing that, with plans to sell between $300 million and $400 million in properties this year.

“You can still achieve a pretty strong cash return on senior housing investments relative to other real estate asset classes,” says Young. And absent a huge spike in interest rates, cap rates are likely to remain fairly stable, he adds. During the first quarter, the average cap rate on seniors housing property sales averaged 7.8 percent, which represents an increase of 90 basis points compared to a year ago, according to NIC and RCA.