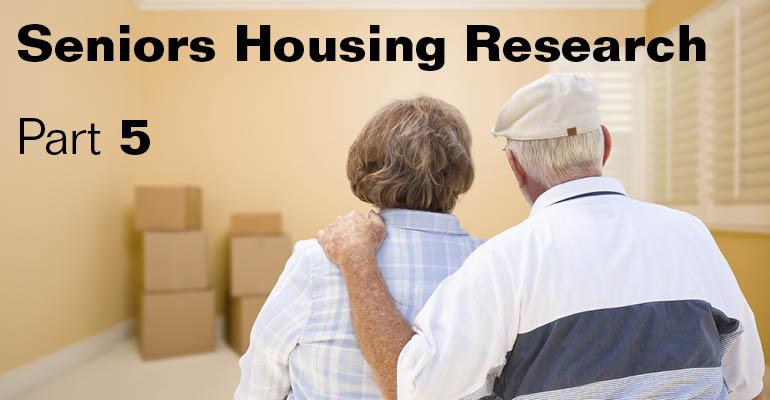 Respondents are not expecting any big changes in access to capital in the coming year. In all, 45 percent of respondents believe access to debt will be the same, while nearly one-third (32 percent) think it will be tighter and 23 percent anticipate that access to improve. On the equity side, half (52 percent) expect access to capital to remain the same, while 26 percent expect it to improve and 22 expect access to equity to tighten. “We continue to see relatively active lending across the country. It remains a pretty good environment to be a borrower,” says Matthew J. Lindsay, a senior vice president with Lancaster Pollard, a financial services firm based in Columbus, Ohio.

Some banks have pulled back a bit on construction loans in markets where there has been a lot of seniors housing construction due to concerns about concentration risk. “We have seen some banks that have said we are not doing construction lending for the entire seniors housing industry, or there is a particular product type or particular geographic market where they are on pause,” says Lindsay. “But, for every bank that has said they are taking a pause on construction lending, there are a couple of others that have said they are looking to get into this industry.”

HUD, local/regional banks and Fannie and Freddie are considered to be the most significant sources of debt capital for the seniors housing sector. Data also shows that REITs are less of a source of capital today than they have been in the past, falling from 46 percent in 2014 and 2015 to 28 percent in the current survey. “This confirms what we have been hearing anecdotally that REITs are less active in the market,” says Mace. REITs also have been less active on the acquisition front, which is likely due to the fact that their cost of capital has gone up, she adds. At the same time, local and regional banks have stepped up to become bigger players, increasing from 17 percent in 2015 to 31 percent in the current survey.

The majority of respondents (60 percent) expect interest rates to rise over the next year. However, the survey data was collected between June 2 and June 13, which was ahead of the Brexit vote. “The view on interest rates has changed significantly since the June 24th vote in the U.K.,” says Mace. Given the volatility in global markets, the Fed is not expected to make any near-term moves on interest rates. In fact, the 10-year Treasury has declined further since the Brexit announcement due to global capital pouring in to the “safe haven” of U.S treasury bonds. So, respondent views on interest rates, as well as cap rates which are often influenced by interest rates, may be different now given the events in Europe, she adds.

Lenders remain prudent in their underwriting. Half of respondents (52 percent) expect no underwriting change the coming year, while 40 percent believe standards will tighten further and 7 percent think underwriting could loosen. The majority of respondents predict that debt service coverage ratios and LTVs to remain the same, at 72 percent and 70 percent, respectively.

“Everyone is going into things with their eyes wide open,” says Lindsay. “But generally, we are still going to see a lot of capital in the industry and development, for the most part, is going to continue.”