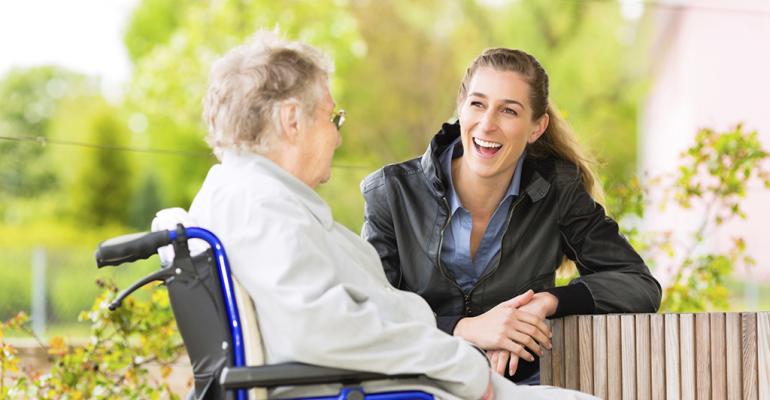 Capital Senior Is Said to Have Rebuffed TPG’s Approaches

TPG made several approaches to buy the firm over the past few months.

(Bloomberg)—TPG has sought to acquire Capital Senior Living Corp., a developer and operator of senior-living communities, according to people with knowledge of the matter.

The firm has made several approaches relating to an offer for the company over the past few months, all of which have been rebuffed by Capital Senior Living, according to the people, who asked not to be named because the matter is private. A TPG representative and Capital Senior Living Chief Financial Officer Carey Hendrickson declined to comment.

Shares of Capital Senior Living jumped as much as 24% after Bloomberg reported the approaches, their biggest increase in intraday trading since September 1998.

The Dallas-based company operates 128 independent-living, assisted-living and memory-care communities for seniors across 23 U.S. states that collectively serve more than 12,000 residents, according to a May investor presentation.

The company, led by Chief Executive Officer Kimberly Lody, has seen its shares slide by more than 65% over the past 12 months, giving it a market value of roughly $112 million before TPG’s approaches were reported, down from a peak of about $800 million in 2015. Its long-term debt was $952.7 million as of March 31.

TPG in March closed its third opportunistic real estate fund at $3.7 billion. The firm, which like many of its peers tends to avoid hostile transactions, has previously invested in the senior-living industry. In 2013, it acquired Assisted Living Concepts Inc., which at the time operated more than 200 communities with more than 9,000 resident units in 19 states.

The investment firm has since renamed the company Enlivant, made additional acquisitions and, in January 2018, completed the sale a 49% interest in a portfolio of 183 senior-housing communities to Sabra Health Care REIT Inc. Sabra has the right to buy the remaining interest in that venture.