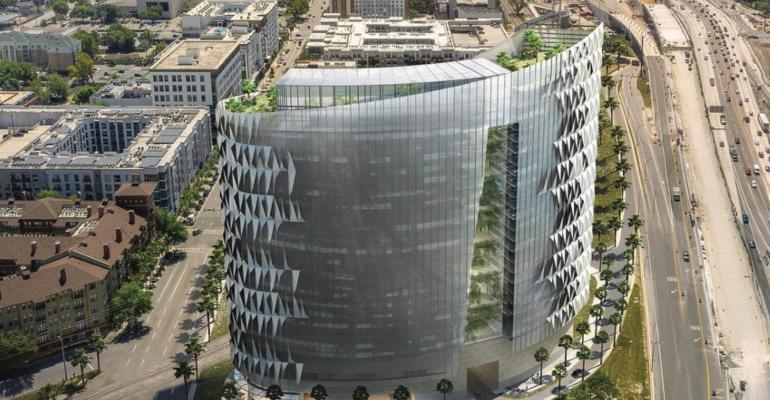 The First “Vertical Medical Cities for Seniors” Are Set to Rise in Orlando and Chicago. What Will They Look Like?

As her first vertical medical city for seniors, a $1.1-billion, 1.4-million-sq.-ft. project, is starting construction in Orlando, Fla., Tabitha Ponte, CEO of Ponte Health, is planning her second medical city. Work on the next site, in downtown Chicago, will start in several months, with the project costing $600 million at a much smaller scale than the Orlando one. Ponte has also located future project sites within the U.S., including three more in Florida, possible sites in Portland, Ore. and Denver, and then Ponte “leaves the country to expand.”

The concept of a vertical medical city originates from the need to solve problems surrounding transportation and time constraints for seniors between medical appointments, to streamline their healthcare, according to Ponte. “Unless someone is in the ER, getting a CAT scan could be a several week process,” Ponte says.

In Orlando, Ponte’s facility covers three acres, and is densely built for 955 apartments, some of which are two-bedroom, two-bath units for married couples or siblings. There will be a total of 1,300 beds. This site encompasses half-a-million square feet of medical outpatient territory and 200,000 to 300,000 sq. ft. of research and pharmacology space, a kind of all-in-one medical facility in a dense living space, geared toward convenience.

NREI: What was your process for finding and constructing the Orlando site?

Tabitha Ponte: We didn’t have a market sector or focus, but instead saw the concept of a pure medical city to solve major transportation and time problems. As it evolved with research, we began targeting the geriatric sector. We started to understand the statistics and projections of the market when it comes to chronic conditions in those over 65, and the necessity of solving the problems for this group. Vertical Medical City is both residential and outpatient, as well as a research facility with geriatric doctors and additional doctors doing research on targeted projects.

NREI: What are the costs associated with creating a medical city and what are the rents for potential residents?

Tabitha Ponte: My response about incurred costs is counter to the market. People think that the rent would be higher, but because of the way we’re building the site, it actually creates a density, and we can lower the rent to 30 to 40 percent of market cost. We are also able to take on this project because offsite we have other high-performing properties, which aren’t residential, and the research opportunities for residents to participate get compensated in a way that will offset the cost. It’s a unique microcosm of economic restructuring. Rents will be $5,000 to $9,000 for extreme care, end of life or stroke recovery assistance problems.

NREI: How does the Chicago vertical medical city concept compare to Orlando’s site?

Tabitha Ponte: Chicago is a leaner development with fewer units at 250, but it still has a medical outpatient and medical research component. Due to the urban infill, it won’t take up more than half an acre.

NREI: Why did you choose Chicago for your next location?

Tabitha Ponte: A vertical medical city should exist in every city in the world. Chicago is specifically appropriate with developed urban conditions without the extreme density and costs of New York City. Statistically, we looked at dementia and Alzheimer’s, and Illinois is in mid range in terms of projections, in a similar way as Orlando. High projections for Alzheimer’s are in the Southern belt, such as in Georgia and Texas. The Pacific Northwest has the [lowest] projections.

NREI: What are the data points for the Chicago site? Are there any special amenities included?

Tabitha Ponte: There will be between 150,000 and 200,000 sq. ft. for medical research, which is leaner than the Orlando space. Orlando has the capacity for biomedical and pharmaceutical research, prosthetics, and more. Chicago’s density is better suited for more data-based scientific research. The rent is similar to Orlando, with some wiggle room for market changes. Ideally, it will be designed in 16 months, with final construction by 2024. The site will be comprised of 23 stories.

Additionally, our restaurants in both facilities will include a vegan lifestyle, and in Orlando, there will be a farm-to-table component. In Chicago, we will partner with a farm. The idea is to bring down the pricing, so it cuts the cost of paying the prices of an organic grocer like Whole Foods, because this will literally be farm-to-table on a 3,000-person scale. There is no precedence for this kind of facility with these types of amenities.

NREI: Why is now a good moment to build a vertical medical city?

Tabitha Ponte: Statistics say there should be one everywhere for chronic conditions, especially for seniors with Alzheimer’s. In fact, we’re not building fast enough for what the market will need 25 years for now.

NREI: How many mixed-use developments in downtown areas are out there with these kinds of medical research and laboratory components?

Tabitha Ponte: There are no buildings like these out there. Some people are trying to build geriatric and assisted living spaces in the urban setting, but they are not reaching into innovative food and technology.

NREI: Why didn’t this trend catch on earlier?

Tabitha Ponte: My team and I are not driven by money; we are driven by the quality outcomes we can achieve and what’s needed in this sector. Most business is structured by profit and cost alone, and no one would take on this project based on costs alone because it would be insane to take on this much of an expense. For me, it’s worth spending because of what it will do for the senior population. The real estate task is a vehicle to get us there.

NREI: What are some of the challenges of doing this type of project in terms of mixing assisted living with other complex real estate users?

Tabitha Ponte: When you enter the healthcare sphere, one of the biggest challenges is liability. Operators need clean and concise tools in place for the residents and physicians in protection of rights and liability. We have had a significant legal team early on because we are entering an unexplored AI program, which involves who owns what and privacy rights. We fully intend to use facial technology through the building for the benefit of the residents and the physicians, for identification and safety reasons. If understood, every different type of user, resident and guest, will be willing to subject themselves to this technology, but it is still very new.

NREI: What kind of demand do you expect from seniors and when will the greatest demand occur?

Tabitha Ponte: There’s a huge demand, especially if you are 75 and older with chronic illnesses, which often includes recurring strokes. The goal is to bring the elders back to the urban core, which is often closer to their families and to cater to them as their physical bodies deteriorate.  We are caught in a culture where we’re taught not to think about health problems, and then suddenly someone ends up in the ER, and everyone has to deal with healthcare issues. We’re trying to make a cultural shift into how people feel about deterioration and help those who live with two or three chronic health conditions by improving their quality of life, deleting transportation and time issues, and adding a research and development component. 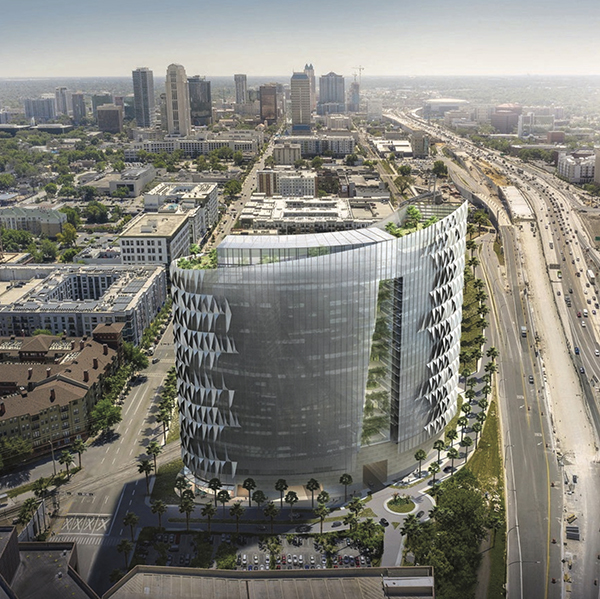