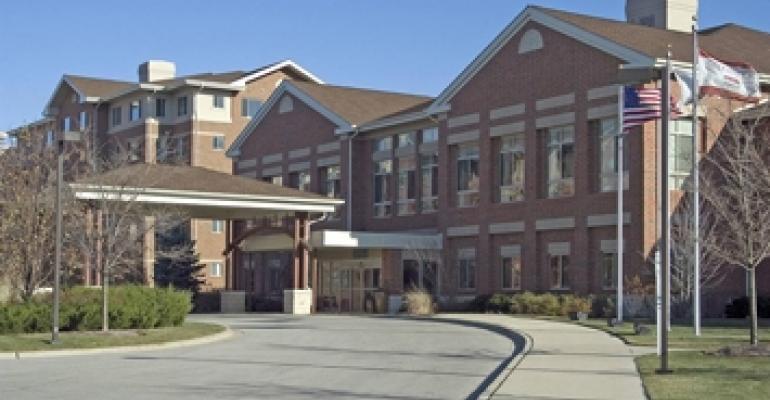 The success of a business model often depends on current economic conditions. Take, for example, Erickson Retirement Communities of Catonsville, Md. The company built a number of large-scale continuing care projects when capital was readily available and the housing market was strong.

But when the economy crashed, so did Erickson. The company filed for Chapter 11 bankruptcy protection in October 2009. Redwood Capital Investments of Hanover, Md., purchased most of Erickson’s assets for $365 million. Erickson, which listed assets of $1 billion in the bankruptcy filing, operated a chain of 19 communities.

“We got a great deal on two great communities,” says David Reis, CEO at Senior Care Development based in Harrison, N.Y. “This is a once-in-a-lifetime opportunity.”

The properties were saddled with about $330 million in construction debt, which was wiped clean by the bankruptcy. “Bond holders took a big hit on this,” says Reis, figuring they got back about 20 cents on the dollar.

Senior Care Development specializes in the construction of continuing care retirement communities and assisted living facilities for its own portfolio. In 2006, the company sold all of its properties except for Meadow Ridge in Redding, Conn.

As the economy worsened, Reis expected to purchase properties at a discount. Nothing much came to market at first, but the situation has changed over the last six months.

“Bond funds and banks are taking their losses and moving on,” says Reis. “We’ve never been busier.” He plans to acquire up to three distressed properties annually over the next few years and then start developing new projects again.

The depressed single-family home market has hit continuing care communities hard. Older homeowners who want to move can’t sell their houses, or can’t sell them for enough to pay the big entrance fees required by the retirement communities.

Occupancies at continuing care projects fell to 89.2% in the third quarter of 2010, down from a high of 93.4% in the second quarter of 2007, according to the National Investment Center for the Seniors Housing & Care Industry.

Senior Care Development is scaling back Erickson’s original plans. The projects were to be built in phases, with an eventual build-out of nearly 2,000 units at each location. “The model was doomed to failure,” says Reis.

Big communities have a hard time maintaining a high level of resident satisfaction, Reis believes. A large project can be a marketing nightmare. A mature community generally has a 10% annual turnover rate. That means a 1,000-unit project must resell about 100 units every year, he says. “That becomes a huge machine.”

Senior Care will limit the size of each project to no more than about 500 units. That should make the properties easier to manage and provide healthy returns for investors at a time when the housing market remains weak.

Monthly service fees at both properties are about $2,000. “We are not raising monthly fees,” says Reis. He wants to keep monthly fees as low as possible in order to remain competitive. The goal is to cover operational costs and debt service with the monthly fees.

Without any debt to repay, Reis expects the properties to generate returns shortly. But he doesn’t plan to flip the properties anytime soon. “We like the long-term annuity aspect of a cash-flowing, stable property.”