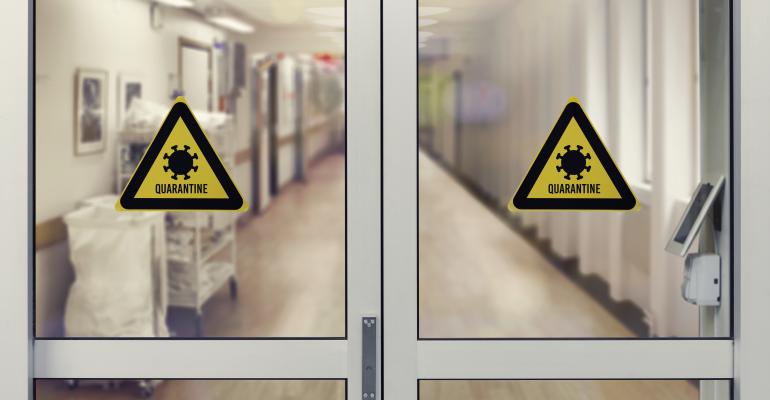 Elizabeth, N.J. mayor has said the local nursing facility failed to alert the city that a large number of residents tested positive for the virus.

(Bloomberg)—The deaths of at least 12 residents at a nursing home from Covid-19 complications prompted the mayor of Elizabeth, New Jersey, to call on the state’s attorney general to investigate whether the facility failed to properly notify authorities.

Mayor Christian Bollwage said the Elizabeth Nursing and Rehabilitation Center failed to alert the city promptly that a large number of residents had tested positive for the new coronavirus. Twenty-two people died there recently, including the dozen who died of Covid-19.

City officials didn’t know about the problem until Trinitas Regional Medical Center contacted the municipal health office March 22, saying seven residents had been moved to the hospital with fevers and major respiratory issues, and one had died.

“I’m calling on the attorney general to investigate the owners of this facility because they did not follow the proper protocol in informing the city or the state that this disease was running rampant through their building,” Bollwage said Wednesday.

Covid-19 cases are sweeping through nursing homes around the U.S. The virus has been detected in about half of New Jersey’s 375 nursing homes, and the facilities have accounted for about 12% of the state’s deaths. On Wednesday, New Jersey reported 275 new fatalities, pushing its death toll to 1,504. Of the new deaths reported, 48 were at nursing homes.

Zev Fishman, the home’s administrator, declined to discuss how many residents have died or tested positive for the virus. City Health Officer Mark Colicchio ordered the facility not to accept any new residents. Bollwage said there are 58 people who live there.

“All I can tell you is we’re in daily communications with the state and the local department of health,” said Fishman, 71. “Our concern is the care of our residents and their families, for whom we have been and continue to be in contact.”

When asked about Bollwage’s claim that the facility failed to notify the city and state about the outbreak, Fishman said it did so “as soon as we were aware of it.”

The nursing home has 102 certified beds. The U.S. Centers for Medicare and Medicaid Services gave it two stars of five. Its health-inspection rating was one star, far below average, with 11 citations listed as a result of its most recent evaluation from July 2019. The average number of health citations for a New Jersey facility is 3.6. The national average is 11.

Elizabeth, with about 130,000 residents, is New Jersey’s fourth-largest municipality. It’s in Union County, which has 4,831 confirmed cases and 125 deaths.

City records list Bracha Inc. as the facility’s owner. Fishman, whose been its administrator for 40 years, said members of his family and others own the facility.

“All I can tell you is we do what we’re supposed to do and we try our best,” he said in a phone interview. “I must go. I have so many things to do. We have the Jewish holidays coming.”

To contact the reporters on this story: David Voreacos in New York at dvoreacos@bloomberg.net;

Elise Young in Trenton at eyoung30@bloomberg.net.

To contact the editors responsible for this story: Jeffrey D Grocott at jgrocott2@bloomberg.net