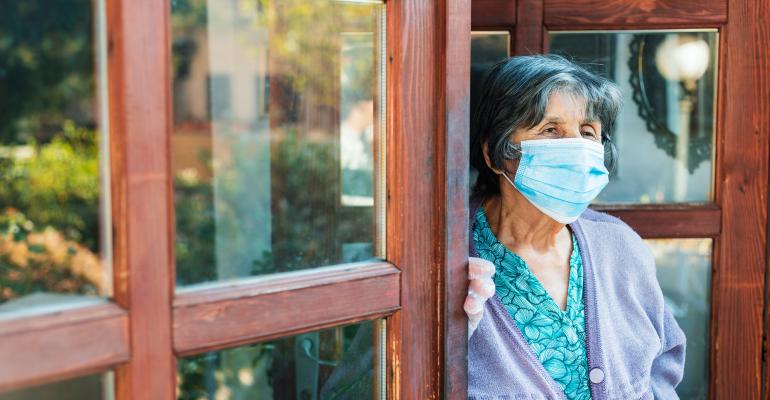 Move-ins are continuing to decelerate for the sector, but the pace has now slowed.

Seniors housing operators are reporting a deceleration in overall move-ins, but the pace of deceleration has slowed, according to the National Investment Center for Seniors Housing & Care (NIC).

Around 46 percent of independent living operators, 42 percent of assisted living operators, 39 percent of memory care operators and 64 percent of nursing care operators reported a deceleration in move-ins, according to NIC data. The combined national vacancy rate for seniors housing properties reached 10.1 percent at the end of the first quarter, an increase of 10 basis points from the previous quarter, according to Moody’s Analytics REIS data. On a year-over-year basis, the vacancy rate is up 50 basis points; the vacancy rate was 9.6 percent at the end of the first quarter in 2019. Assisted living and memory care facilities have the highest vacancy rates, at just over 11 percent. Independent living properties finished the quarter with a 9.7 percent vacancy rate, and skilled nursing facilities ended the quarter at 9.6 percent, according to a Moody’s Analytics REIS 2020 first quarter report.

But there are signs for optimism. Move-ins had been restricted because operators have enacted self-imposed moratoriums to prevent further illness and contain the coronavirus, says NIC chief economist Beth Mace. The fact that the pace of move-in deceleration has slowed means things may be turning for the sector, after a surge in deaths at nursing homes across the country because of COVID-19 outbreaks.

“I think family concerns center around health considerations,” says Mace. “Increasingly, I think people have been frustrated that they have not been able to get in to visit their parents because of restrictions on visitation.”

Between 63 percent and 68 percent of organizations reporting on their independent living, assisted living, and memory care units saw no change in move-outs, while approximately 20 percent reported decelerations in move-outs. Thirteen percent of independent living operators, 20 percent of assisted living operators, 14 percent of memory care operators and 27 percent of nursing care operators reported an acceleration in move-outs, according to NIC. Mace says move-out rates reflect seniors who passed away, moved to skilled nursing facilities as their needs increase and left to return to their own family care. Some of these move-outs would have naturally occurred, but Mace says “COVID-19 may have accelerated that to some degree.”

“I’m sure that there will be new protocols and regulations for seniors housing. I also agree that many will hesitate before putting their loved ones in seniors housing given the pandemic,” says Barbara Denham, senior economist at Moody’s Analytics REIS. “That said, most properties may see a short-term drop in occupancy for a few quarters or longer, but then pick up due to the natural progression of the demographics. People are living longer lives and the demographics are clearly showing rising demand for seniors housing, it should start to accelerate starting in 2025 as the first of the boomer generation turns 80.”

Asking rent grew by 1 percent to 1.1 percent across care types this quarter. Expect rents to grow from 0.2 percent to 0.4 percent next quarter, depending on the care type, according to the Moody’s Analytics REIS 2020 first quarter report.

“Many seniors qualify for medicare, and many properties negotiate with the government for coverage of seniors,” says Denham. “It will be interesting to see how the government will cover costs in a tight fiscal environment as demand rises.”