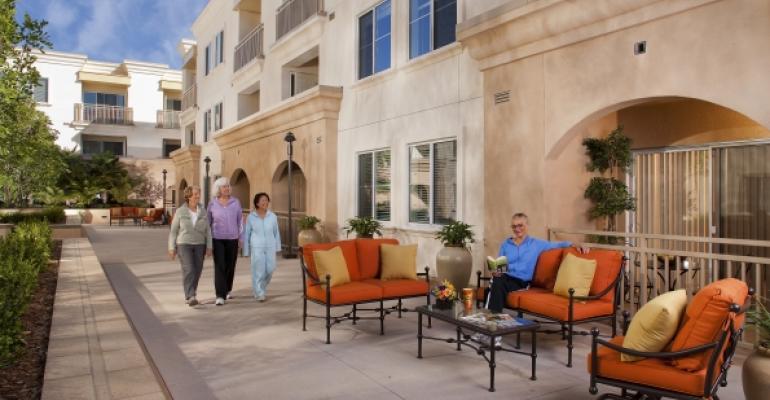 Start Slideshow ›
One-third of all growth is occurring in the following seven metro areas, based on NIC data.

It’s no surprise that with a large aging population, developers have been bullish on building new seniors housing properties. But this year brought questions regarding whether development in the seniors housing sector is getting ahead of itself.

For the primary 31 markets tracked by the National Investment Center for Seniors Housing & Care (NIC), aggregate supply is outpacing demand across all seniors housing properties, as measured by net changes in absorption. However, more development is occurring in the assisted living sector this year, rather than in independent living, according to Beth Burnham Mace, chief economist at NIC.

The seniors housing sector is seeing short-term oversupply issues in some sub-markets, but there will be more demand in the future, says Ben Burke, of CA Senior Living, a national developer of seniors housing. “There’s potential for developer who doesn’t capitalize on a deal to find issues with slow lease-up. We are starting to see that type of stress occurring. Over the next 10-15 years fundamentals are strong. Developers in this sector need to be able to weather a slow lease-up due to these short-term term supply issues,” Burke says.

Inventory growth in the assisted living sector is currently at 4.9 percent, with 3.7 percent annual absorption. Annual inventory growth in the independent living sector is averaging 2.3 percent, with 2.1 percent annual absorption. Combined occupancy is down 30 basis points from the prior quarter and 60 basis points from a year ago, Mace adds.

“It’s hard to say if there is a supply/demand imbalance. Developers are building a lot of seniors housing, but there is an affordability issue with Medicaid—it is hard to gage demand if people fear significant cost increases,” says Barbara Denham, economist at research firm Reis Inc. About 6,222 units across all categories of seniors housing were added to the market in 2016, compared to the 10,211 units in 2015, according to Reis data.

Atlanta, Chicago, Dallas and Minneapolis especially are showing significant inventory growth, Mace notes. But one-third of all growth is occurring in the following seven metro areas, based on NIC data.