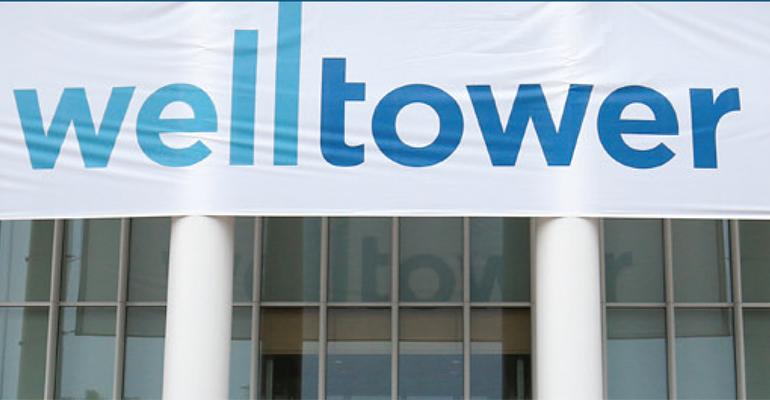 Is Welltower’s Deal with ProMedica a Risky Venture or a Smart Move?

Last week, Welltower, a healthcare REIT with a significant seniors housing component, announced it was partnering with ProMedica, a not-for-profit regional health system, to acquire Quality Care Properties (QCP) and its tenants. The move comes shortly after QCP said it would acquire HCR ManorCare, a skilled nursing and hospice provider that filed for bankruptcy and had been struggling to pay its rent to QCP, its landlord.

Welltower and ProMedica will enter a 15-year absolute triple-net master lease, with an 8 percent initial cash yield with property level EBITDAR coverage of 1.8 times. The EBITDAR will be comprised of 70 percent post-acute and 30 percent seniors housing, and ProMedica will invest $400 million in growth and capital improvements over the next five years. Welltower will own 80 percent of the venture.

Welltower executives anticipate the investment will provide about $0.20 per share in annual accretion, according to the company’s press release. Meanwhile, ProMedica will use the deal to build scale.

Welltower will own the real estate, and ProMedica will operate the facilities, which mostly provide skilled nursing, taking over the HCR leases.

“There’s no question that the 8 percent stated yield is a bonus in the current operating environment, where it's hard to capture those yields with [medical office buildings] or seniors housing,” says Chad Elliott, managing director of the mergers and acquisitions group at Lancaster Pollard, a financial advisory firm for the seniors housing industry, noting that Welltower’s stock price had been hit hard lately. Yields from post-acute and acute care facilities tend to be higher than Welltower’s other main lines of business, such medical office buildings.

Still, the transaction is a complicated one. First, it represents the merging of a non-profit and a for-profit company, which are driven by different motives—a mission for the first, and maximizing shareholder value for the second. That could raise concerns, Elliott says.

At the same time, the move allows Welltower to create an “incubator system” by partnering with a health care provider, providing a trove of information on a variety of metrics such as re-hospitalization rates. Such information could help the company determine what levels of skilled nursing profitability are sustainable, amid a climate of rising costs and operators filing for bankruptcy, Elliott says. “I think it’s very strategic,” he notes.

Essentially, “Welltower is buying skilled nursing assets on the cheap,” says Matt Kopsky, a REIT analyst at Edward Jones who covers Welltower. This “adds more skilled nursing exposure to Welltower,” increasing the risk from 11 percent of earnings to about 16 percent, he adds.

Kopsky notes the overall deal is positive, as the 1.8 times coverage level is healthy. Even though the skilled nursing business is deteriorating, if the negative trends continue, Welltower should still be able to cover the debt, he says, adding that the lease with ProMedica is properly structured to cover rent payments as well. Welltower also has the additional safety of a corporate guarantee with ProMedica, an investment grade health system with $2 billion in cash on its balance sheet, he adds. “There certainly are risks with this, but we think they’re being well compensated for those risks,” Kopsky notes.

Welltower has been selling a lot of assets, but the company not had the same reinvestment opportunities at the same yields this deal provides. This deal corrects that issue, Kopsky says. “It’s going to dramatically improve earnings beginning in 2019,” he notes.

Mizuho Securities USA LLC analysts Richard Anderson and Zachary Silverberg wrote in a note that their initial reaction to the news was “cautious,” as it was hard to comprehend “turning one (HCP) REIT’s trash into treasure.” However, upon further analysis, the deal structure has multiple layers of protection against future cash flow loss—the debt coverage, Welltower’s senior position in the capital stack and the A-credit rating of ProMedica.

“Perhaps history will show that a $2 billion+ investment weighted in post-acute/skilled assets was ahead of its time. But given the HCRMC history and the stresses to the nursing home sector, the process to universal acceptance remains in question, and may take time—despite the layers of protections built into the transaction,” the analysts wrote.

Welltower did not respond to a request for comment. In a conference call, QCP’s CEO Mark Ordan, citing a range of challenges, says the move allows stronger operators to come into play to ensure patient care and maximize shareholder value. The all-cash deal represents a 64.7 percent premium to QCP’s closing stock price on March 1, which was the last day of trading before QCP announced the original deal to acquire HCR ManorCare.

Welltower’s and QCP’s boards of directors have already approved the agreement, though it is still subject to shareholder approval.