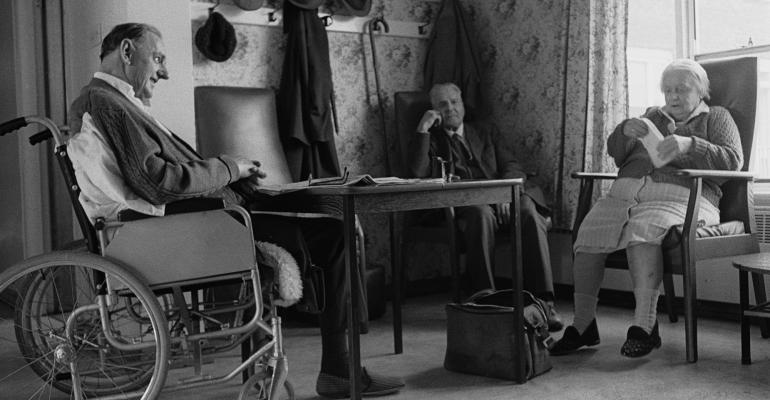 What’s the Long-Term Outlook for the Nursing Home Sector?

The number of stand-alone nursing homes is on the decline. Will the remaining facilities survive industry changes?

The number of freestanding nursing homes is declining across the country. In 2018, there were only 21 nursing care facility openings in the U.S., compared to 51 openings five years earlier, in 2013, according to findings from brokerage firm Marcus & Millichap. Meanwhile, a recent New York Times article reported that 440 nursing homes in rural areas have closed over the past 10 years.

Recent data from the National Investment Center for Seniors Housing & Care (NIC) also revealed more of a decline in nursing home occupancy rates in rural areas for the period from January 2012 through December 2018. More recently, in the fourth quarter of 2018, occupancy at nursing care facilities in urban areas experienced a quarter-over-quarter increase to 83.7 percent. The occupancy in rural areas, however, declined to 80.4 percent.

“Stand-alone nursing homes are falling out of favor. Investors and consumers want property that has several tiers of senior living, including memory care, assisted living, and nursing homes,” Kaufman says.

A certificate of need is essential to build nursing homes, which allows for new beds, but it is an involved process and part of why new construction has declined, he notes. Nursing bed moratorium laws in certain states prevent new construction, which makes building new spaces prohibitive. Currently data reveals that the nursing bed count nationwide is down, but in “8-10 years down the line you have an expectation of demand increasing,” according to Kaufman. He notes that rural nursing home closures can be more problematic due to the properties being so far apart, but in general, there’s plenty of available space to care for seniors in need of nursing care facilities across the nation.

Current market trends include owners investing in replacement properties instead of new construction.

In the highly fragmented nursing home market, there are many pressures involved in acquiring and maintaining properties, including ensuring the beds are filled, shorter lengths of stay and staff retention. The pressure on occupancies originates from a push from hospitals and managed care organizations to return patients home, instead of sending them to nursing homes for rehabilitation, which offers more cost savings with managed care organizations. “Home health is cheaper than a nursing home for the managed care organizations. And with growth of managed care, such as Medicare, enrollment is growing,” says Kaufman. In addition, “Surgeries today are more innovative and efficient. Knee replacements now occur in outpatient centers, and then the patient can go home,” said Kaufman.

But problems with vacancy also arise because of rooms being converted from semi- private to private, which involves taking more beds off-line. In general, the demand for nursing homes across the country is declining, although there’s still capacity to house more beds when looking at the overall nursing home industry.

“Nursing homes are still somewhat in demand because there comes a point in assisted living where someone cannot be adequately cared for. There’s always a need,” says Tony Cassie, vice president of investments with Marcus & Millichap.

In rural areas, however, there are fewer care options for seniors, and not a lot of private pay assisted living facilities. Care options in these markets involve nursing homes with some home care. “Often times, more critical access hospitals are specifically located in rural areas to deal with this need,” says Kaufman.

Cassie has seen some nursing care facilities shut down for reasons other than that the property can’t operate effectively in the marketplace. He offers an example of a Portland-based facility that recently shut down for “getting in trouble with state regulators and not providing adequate care. They had the opportunity to fix the problem, but this place didn’t do a good job on a revisit, and the building was decertified.” When a building is decertified, the license to operate is taken away and, in most cases, it is very difficult to re-open it as a nursing home. “Usually, federal rules regulate allowing the beds to get back in service.”

Meanwhile, there are laws that govern minimal staffing levels at nursing care facilities, and without being able to hire the necessary number of caregivers and nurses, a nursing home will have to eventually close, Cassie adds. “Operators have to offer higher wages and better incentives than in the past, or work with agency staffing companies to help them stay adequately staffed. If you go to an agency to keep staff levels appropriate, the costs are much higher.”

Currently, many nursing care facilities are owned by multigenerational family businesses that have been involved in the sector for decades and are highly experienced, according to Cassie. And while the sector has seen a lot of challenges in the past few years, the owners that can adapt to new market conditions could experience significant upside if they are the primary nursing home provider in the market and deliver the level of care that customers need and want, Cassie says.

In addition, because it’s so difficult to add new nursing beds in certain states, like Oregon, for example, due to the restrictions on certificates of need, “the people already operating in a particular state become insulated from new competition,” Cassie notes.

But if a nursing home is shut down or vacated, typically it’s very difficult to relicense it as a nursing home once again. These buildings are often reused or redeveloped for behavioral health services or homeless shelters. In the case of teardowns, says Cassie, the buildings often converted into multifamily properties.