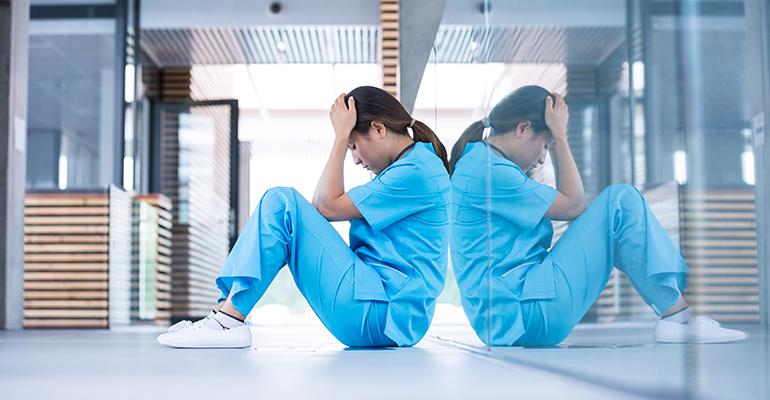 Will the Skilled Nursing Sector Be Able to Recover from Recent Setbacks?

There have been pressures on the skilled nursing occupancy rate since 2011, notes Bill Kauffman, senior principal at NIC.

The national occupancy rate for the skilled nursing sector slid to 81.6 percent in the first quarter of this year, a 210-basis-point drop year-over-year, according to a new report from the National Investment Center for Seniors Housing & Care (NIC).

The slide marks the first negative change—by 30 basis points—from the fourth to the first quarter in the six-year history of the data set. It comes amid continuing headwinds from shortening patient stays and a shift in Medicare and Medicaid reimbursements.

There have been pressures on the skilled nursing occupancy rate since 2011, notes Bill Kauffman, senior principal at the NIC, but the slide really began around 2015, when occupancy hovered around 85 percent.

One driver behind the decline in the sector’s occupancy rate has to do with shorter stays. Managed care plans increasingly push for shorter patient stays or bypassing skilled nursing facilities entirely, sending patients directly home. “That puts pressure on occupancy because now the operators are only getting paid 18 days on that patient instead of 30 days,” Kauffman says.

The change is driven primarily by the Centers for Medicare and Medicaid Services’ (CMS) move to value-based reimbursement payments from traditional fee-for-service reimbursements, which emphasize quality of care over quantity of services. “It’s all about allocating dollars efficiently because of budgeting constraints,” Kauffman says.

In some cases, technological advances in medicine have also reduced length of stays, as patients may be able to recover at home, says Adam Lewis, vice president/regional manager and national director of the national seniors housing group at real estate services firm Marcus & Millichap.

There has also been a blurring of the lines between assisted living and skilled nursing facilities, as the former increasingly are taking on post-acute care. “Around the country, assisted living facilities that maybe wouldn’t have taken a higher-need patient in the past might bend today a little bit to fill a bed,” Lewis says.

Still, while these negative trends, coupled with the rising cost of labor, have led to rent reductions and bankruptcies for skilled nursing operators, sentiment has improved in some respects, wrote Matt Kopsky, a REIT analyst with Edward Jones, in an email.

More private equity money has entered the space, and the CMS announced that it would increase Medicare reimbursements to skilled nursing facilities by 2.4 percent for fiscal year 2019, up from 1.0 percent for 2018. The recent partnership of Welltower Inc., a healthcare REIT with a large seniors housing component, and healthcare provider ProMedica to overtake Quality Care Properties, which focuses on post-acute, skilled nursing and memory care/assisted living properties, has also boosted sentiment for the asset class, Kopsky added.

The shift from traditional Medicare reimbursements to Managed Medicare reimbursements will be key for lenders and investors to watch, says Chris Blanda, senior vice president at Lancaster Pollard, an Ohio-based financial services firm that provides capital funding to the health care and seniors housing sectors. This “will impact facilities negatively, because it just reimburses them less,” he says.

Private revenue per patient day (RPPD) continued to rise across the country, reaching a six-year high in February of $262, but ending the quarter at $260. The fastest growth happened in rural and urban cluster zones, according to the report. However, the share of private revenue fell to a six-year low of 7.7 percent.

This indicates that patients who can afford such care out of pocket are likely opting to stay at assisted living facilities, where they can get the same level of care in a home-like environment and probably at cheaper prices, Blanda says.

The aging of the baby boomer generation—long considered a driver of demand for seniors housing in general—should benefit the skilled nursing sector, Lewis says. And operators and owners are already working to specialize their properties, such as focusing on a specific type of recovery, to differentiate themselves in their markets, he adds.

But in the meantime, the sector is undergoing a necessary right-sizing, according to Mike Hargrave, principal at Revista, a medical real estate research firm. The facilities that will do well are those that focus on top-notch post-acute care in areas with favorable demographics. “It’s been a slow march to lose beds,” he says.