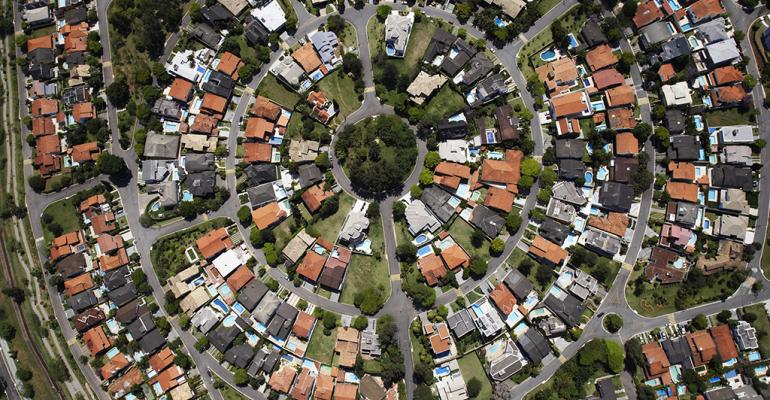 Home prices keep rising—but not nearly as quickly as they rose earlier in the recovery. And that’s changing the math for investing in single-family rental houses.

Investors can still find good opportunities to buy single-family rental houses—but they now have to look a little harder to find attractive houses with prices low enough to make for good investments based on the rental income the properties can earn rather than home price appreciation.

Once investors find those properties, the outlook for rental housing continues to be strong, with rents growing faster than inflation.

The yields that investors can get from investing in single-family homes have shrunk, both in terms of income and appreciation. Investors accepted annual gross rent yields averaging 9.4 percent for single-family homes in March, according to RealtyTrac. That’s down from 9.5 percent in 2015. But it’s also a very steep decline from the average yield of 10.9 percent in 2011. (These yields represent the income from a property as a percentage of the purchase price.)

“If you had your druthers as a single-family investor, the best time to have bought would have been in 2011,” says Blomquist. 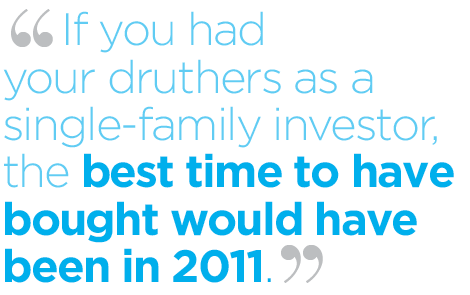 Giant institutions including the private equity firm Blackstone and REITs such as American Homes for Rent continue to hold the many thousands of houses they bought earlier in the recovery, benefiting from the rising rental income. “They are not going to divest,” says Blomquist. “The big players are holding on and keeping the assets they acquired over the last two to three years.”

Rents have begun to rise sharply for single-family rentals as the economy improves, according to the latest Fair Market Rents set by the U.S. Department of Housing and Urban Development.

For several years, developers have built fewer homes—especially single-family homes—than the economy is likely to need to support a growing U.S. population. The recent Consensus Survey of economists from the Urban Land Institute predicts that developers will increase construction of single-family houses each year through 2018, when they would finally start 900,000 new houses, though that will still be well below historical levels.

That means that existing houses will continue to be in demand. In addition, the homeownership rate continues to be low, which increases demand for rental housing.

Home prices rose more than 5.0 percent over the 12 months that ended in January, according to the latest Case-Shiller Home Price Index. That’s more than twice the rate of inflation, though it’s also much less than the nearly 10.0 percent per year increases that were common earlier in the recovery.

Investors in single-family rental houses are find opportunities in a different set of markets as the recovery enters a new phase.

“There are lots of places that are still good single-family house rental opportunities—though it is getting harder and harder to find the houses that have the good returns,” says Blomquist.

Buyers can no longer find the best deals in the markets most affected by the housing bust. Home prices in cities including Las Vegas and Phoenix have recovered. The markets with the highest annual gross rental yields include counties where low median home prices create opportunities for investors.