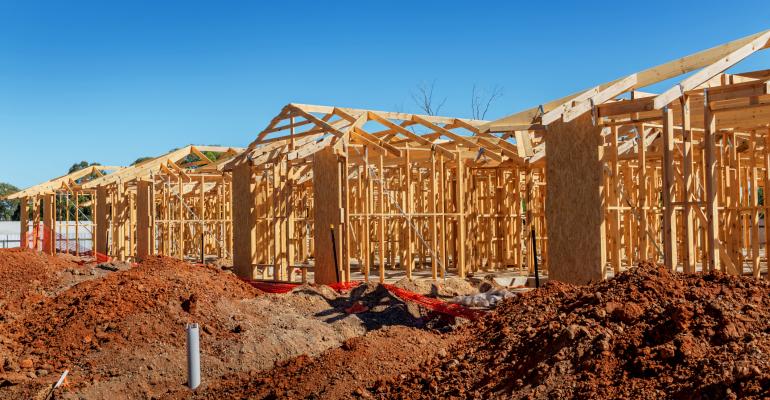 SFR Investors Are Filling the Pipeline with New Development

Developers built more than 36,000 houses for rent in 2017. That’s 6 percent more than the year before and the largest number of “build-to-rent” houses completed in any year for at least the last 14 years.

After building a business by scooping up hundreds of thousands of homes nationally to assemble vast portfolios of single-family housing, some investors are now taking the next step and building new homes to meet rental demand.

“The build-to-rent market has started to expand significantly over the past year,” says Gary Beasley, CEO and co-founder of Roofstock, a marketplace for rental houses. “A lot of entities, including traditional homebuilders and investors, are starting to become active in this space.”

Developers built more than 36,000 houses as rentals in 2017. That’s 6 percent more than the year before and the largest number of “build-to-rent” houses completed in any year for at least the last 14 years, according to data from John Burns Consulting.

For example, in Houston there are 10,893 rental houses that were built since the start of 2014, according to ATTOM Data Solutions. The total represents a mix of houses built to be rental homes and new subdivisions initially planned as for-sale houses that are now instead being marketed as rentals.

Other top cities include Dallas/Fort Worth which has had 5,087 single family rental (SFR) houses built since 2014 and the area around Orlando, Fla., which has 4,274, according to ATTOM.

“The Southeast has emerged as a popular location to develop build-to-rent projects. In Atlanta, for instance, more than 500 units have been delivered and many more are being sourced directly from traditional home builders,” says Beasley.

Developers are drawn to these places by strong demand for rental houses and because there is still land available to build on. For example, the Atlanta area has 2,167 rental houses that were built since 2014, according to ATTOM.

Single-family rents are expected to rise 2.8 percent per year in Atlanta from 2018 to 2022, according to John Burns Consulting. Rents are also expected to rise more than 2 percent a year over the same period in the Central Florida markets of Tampa and Orlando.

American Homes 4 Rent, an SFR REIT, has big plans for development in 2018. The REIT is creating these new houses through its development subsidiary AMH Development and through partnerships with merchant builders who produce new rental houses for the REIT to buy.

“We still expect approximately $300 million in deliveries in 2018 from our national builder and AMH Development programs combined.” Jack Corrigan, COO of American Homes 4 Rent.  The REIT has already opened more than 100 new single-family rental houses in the first quarter of 2018. “We also took delivery of 118 newly constructed homes in five markets for a total investment of $28 million.”

The REIT plans to continue to invest in new development over the long term, as these homes stabilize and get permanent financing. “The $100 million is what we have probably on the balance sheet in any given time and the sum of land and construction and process,” David Singelyn, CEO of American Homes 4 Rent.

Tricon has also announced its own build-to-rent platform. Other companies including AHV Communities and BB Living, among others, are expected to be active in this space over the next few years.

Building houses brings a new kind of risk to operators of single-family rental houses. “A lot of these operators come out of a ‘fix and flip’ background. There is going to be some frustration and a learning curve with handling a development with a lot more red tape,” says Daren Blomquist, senior vice president for ATTOM.

As firms turn to development, they have to contend with challenges like bad weather and local officials who can denies developers the right to build.  “Our delivery schedule … is constrained due to winter weather and a slower permitting process as many zoning authorities are not staffed for current levels of activity,” says American Homes 4 Rent’s Corrigan.

However, companies building new houses to rent seem eager. “They are confident that the risk is minimal and the demand in there,” says Blomquist.

“The financing structures for single-family rentals are materially changing,” says Shawn Henry, senior executive vice president and head of single-family home rental finance at A10 Capital. Because of these new sources of capital, developers can bring new money to the rental houses they build, and redeploy the capital to build more new houses.