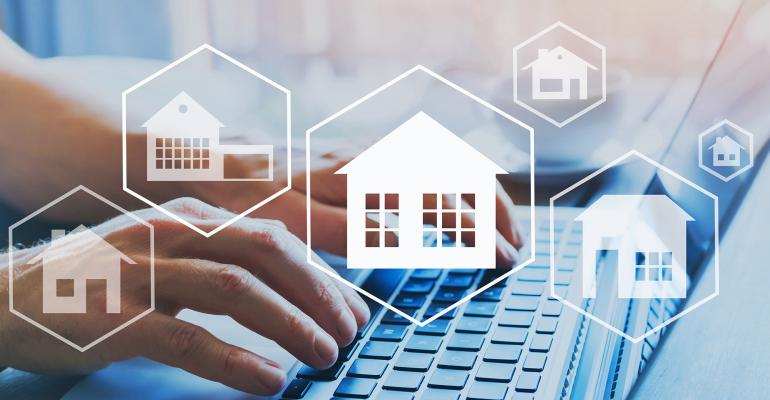 The company is the latest startup to go public through a special purpose acquisition company.

(Bloomberg)—Opendoor is going public through a merger with Social Capital Hedosophia Holdings Corp. II in a deal that gives the property technology startup an enterprise value of $4.8 billion.

The deal will provide as much as $1 billion in cash, including up to $414 million held by Social Capital II, the blank-check company led by Chairman Chamath Palihapitiya, according to a statement on Tuesday that confirmed earlier reporting from Bloomberg.

Opendoor is the latest startup to go public through a special purpose acquisition company, or SPAC. The investment vehicles have gained popularity this year, offering a faster route for companies seeking to go public without the scrutiny or risks of an initial public offering.

The deal marks the latest milestone in a tumultuous year for Opendoor, which buys homes digitally, makes minor repairs and lists the properties for sale. After the pandemic forced the company to pause operations, Chief Executive Officer Eric Wu announced plans to lay off 35% of its staff.

A booming housing market, however, has lifted the tide of residential real estate companies, especially those that have developed technology to let homebuyers and sellers transact in a socially distanced manner. Shares in Zillow Group Inc., Opendoor’s chief competitor, have more than tripled since bottoming out in March.

With mortgage rates at record lows as the Federal Reserve keeps borrowing costs down, Opendoor is positioned to ride the increased demand for housing, according to Palihapitiya.

“That will drive an enormous amount of homeownership,” he said in an interview on CNBC.

Profitability has been elusive for Opendoor, which sold more than 18,000 homes last year, generating $4.7 billion in revenue and an adjusted loss of $218 million before interest, taxes, depreciation and amortization, according to an investor presentation.

While traditional home-flippers make money by buying homes cheaply and marking them up, Opendoor and its competitors rely on smaller margins and high volume. The company plans to expand to 100 markets, up from the 21 it currently operates in and is targeting revenue of $50 billion a year, the presentation said.

“The trade-off between profitability and broad appeal is an interesting question,” said Tom White, an analyst at D.A. Davidson & Co. “For these businesses to have the broadest appeal and best shot at widespread adoption by home sellers, they’ve got to get their pricing as competitive as possible relative to a sale through a traditional agent.”

Opendoor was valued at $3.8 billion in a March 2019 fundraising round, and at the time said it had raised $1.3 billion from investors including SoftBank Vision Fund, General Atlantic, Khosla Ventures, NEA and Norwest Venture Partners.