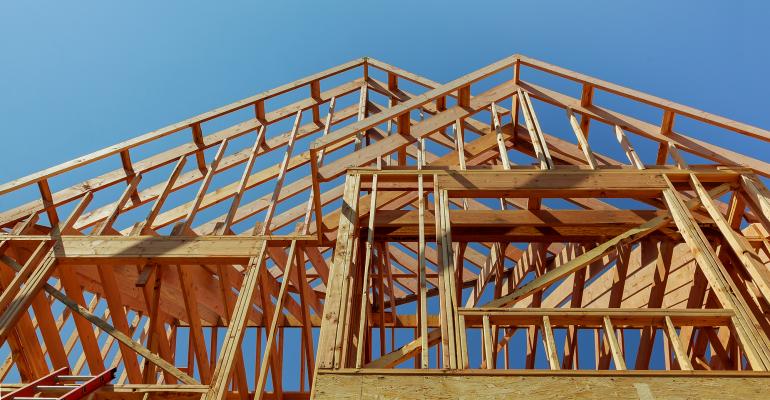 The stresses caused by the coronavirus have driven more people to move into single-family rental houses.

Investors are on pace to build many more new build-to-rent (BTR) houses in 2020 than they did the year before—spurred by a demand that's a byproduct of the upheaval caused by the COVID-19 pandemic.

The subdivisions of new rental houses now under construction are often designed to attract young families, who are looking for more space than an urban apartment can provide— but who can’t afford to buy the kind of sprawling McMansions that homebuilders have largely produced since the Great Recession.

The serve these renters, developers are on track to reach 55,000 to 60,000 new rental housing construction starts in 2020, according to the National Rental Home Council (NRHC), based in Washington D.C. That would be a big increase from about 40,000 in 2019, according to the tally kept by the National Association of Home Builders. Just a few years ago, developers typically built just 15,000 to 20,000 rental houses a year.

“You could probably double the number rental houses under construction again within a couple of years, particularly if the big production homebuilders get into it in a big way,” says David Howard, executive director for NRHC.

The stresses caused by the coronavirus seem to have driven more people to move into single-family rental houses.

In the second quarter of 2020, 94.7 percent of rental houses were occupied, according to Burns Consulting. That’s close to a full percentage point higher than the occupancy rate the year before. It’s also the strongest that occupancy rates have been in decades.

Despite the high demand, landlords have not hiked rents much higher since the start of the pandemic—rents rose slightly less than 3 percent over the last 12 months. That’s roughly twice the rate of inflation, though it’s a lot less than the 4 percent increase in rents at rental houses in 2019 and it’s also less than the average increase of 3.4 percent a year since 1985.

Rental house have benefited as some people move from dense urban areas to suburban areas—including Millennials who have finally started families in recent years and have outgrown their apartments, says Howard.

“The coronavirus has accelerated a lot of those demand drivers,” he says. Some urban transplants are also more willing to live in suburban areas, because since the spread of the coronavirus many now work from their homes rather than in downtown office buildings. Even as some offices have reopened, many only commute in to these offices a few days a week.

Help for the housing shortage

The new rental houses now under construction are helping to fill a missing piece of the housing market. “Most of the build-for-rent product tends to be similar to the first-time home market,” says Howard.

In recent years, developers have consistently built fewer houses and apartments than the number of Americans who wanted to form new households. “The housing market is under-supplied by one to two million homes,” says Howard. “There are simply not enough homes being built.”

These new rental houses now under construction tend to be smaller than the luxurious houses builders have tended to create since the Global Financial Crisis.

“The first-time home market is extremely tight. Supply is extremely limited,” says Howard. That’s largely because most homebuilders don’t start building a new house until it is under contract to be sold and first-time homeowners have had a more difficult time qualifying for a home loan since lenders toughened their standards since the Great Recession.

These new rental houses are often clustered together in new subdivisions of several dozen homes, says Howard. In some cases, they might be part of a large new development of more than 1,000 new houses offered for-sale by a national homebuilder.

They tend to be located in the kinds of markets and submarkets where homebuilders develop new single-family houses—where the population is growing land is still available for new development, such as the suburbs of Sun Belt cities like Dallas or Phoenix.

That’s very different than the kind of houses that the companies that own and manage rental houses have been able to buy in recent years. For starters, those existing houses were rarely located next to one another. Many of the largest owners of rental houses got their start in the long, slow recovery from the Great Recession, buying foreclosed homes. These houses were scattered across the U.S., concentrated in the cities hurt the most in the housing crash. In recent years, as home prices recovered, leading operators of rental housing bought fewer houses and concentrated on managing the portfolios of homes they already owned.

Other companies that own and operate rental houses continue to build new houses to operate themselves as rentals. That includes American Homes 4 Rent, a REIT specializing in rental houses, which continues to build thousands of new rental houses a year—it announced a partnership in May 2020 with J.P. Morgan Asset Management to build 2,500 new rental houses.