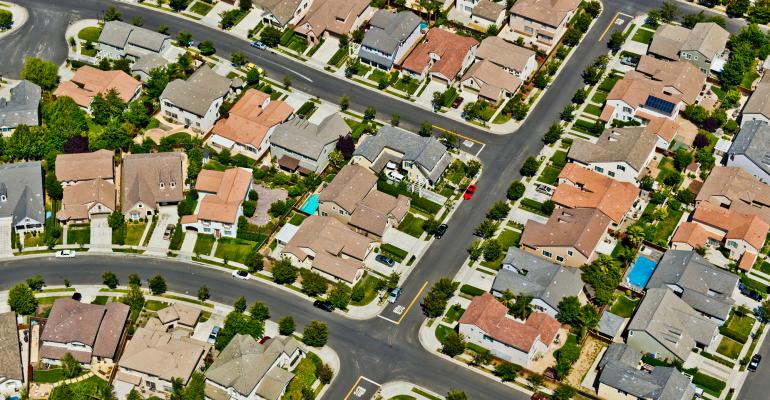 Sales of Previously Owned U.S. Homes Fall to Lowest Since 2010

Sales closings fell by 9.7 percent in May compared to April, according to the NAR data.

(Bloomberg)—U.S. sales of previously owned homes dropped in May by more than forecast to the lowest level since October 2010 as the coronavirus pandemic sent demand skidding along with the rest of the economy.

Closing transactions decreased 9.7% from the prior month to an annualized pace of 3.91 million, data from the National Association of Realtors showed Monday. The median forecast in a Bloomberg survey of economists called for a 4.09 million rate. Compared with a year ago, purchases were down 26.6%, the biggest annual slide since February 2008.

Even with the decline in contract closings, more recent data have shown the housing market is rebounding and becoming a bright spot for the economy. Home-purchase loan applications have spiked recently in part because of record-low mortgage rates, though millions of job losses and still-lean inventory make it unlikely that sales will soon rival February’s 13-year high.

“Just looking at the housing sector itself, it looks to be a V-shaped recovery,” Lawrence Yun, NAR’s chief economist, said on a call with reporters. “For the rest of the economy, it may not be a V-shape.”

The group’s report showed the median home price increased 2.3% from a year earlier to $284,600. Inventory rose 6.2% from a month earlier to 1.55 million but fell 18.8% from a year ago. The number of homes for sale would last 4.8 months at the current sales pace. Anything below five months is seen as a tight market.

Existing home sales dropped in all four U.S. regions in May, including an 11.1% slump in the West and an 8% decrease in the South. Closings also fell 10% in the Midwest and 13% in the Northeast.

The biggest hit to the housing market is centered around the condominium and co-op market as sales slumped 12.8% in May to an annualized 340,000 rate. Those purchases are down almost 25% from a year earlier. The drop in single-family home sales was more moderate -- 9.4% from April -- to a 3.57 million pace.

“There could be a permanent change about the preference for the suburbs and single-family homes not only because of during this pandemic period but more importantly the permanent change” to work from home, Yun said.

Previously owned home sales account for about 90% of U.S. transactions and are calculated when a contract closes. New-home sales, which make up the remainder, are based on contract signings and May data will be released Tuesday.

Other recent data have shown the residential real estate market is beginning to rebound. The Mortgage Bankers Association’s weekly measure of home-purchase loan applications is currently at an 11-year high. June data from the National Association of Home Builders and Wells Fargo showed builder sentiment jumped by a record 21 points.

To contact the reporters on this story: Vince Golle in Washington at [email protected];

To contact the editor responsible for this story: Scott Lanman at [email protected]