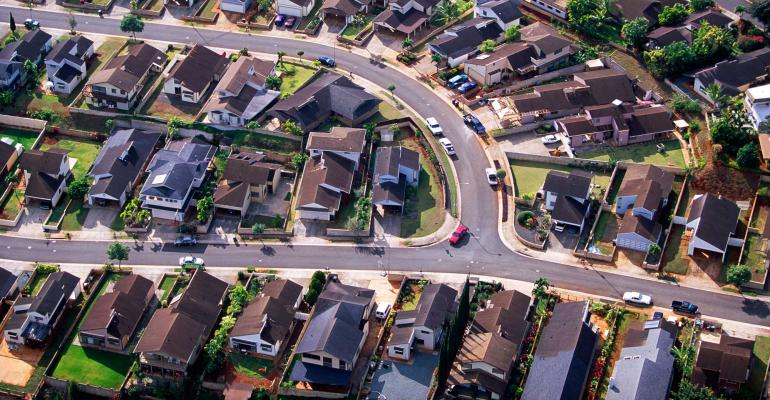 Closing transactions in August increased 2.4 percent from the prior month to a 6 million annualized rate.

(Bloomberg)—Sales of previously owned U.S. homes remained brisk in August as low mortgage rates and demand for space in the suburbs sustained strength in a housing market that’s a bright spot for the economy.

Closing transactions increased 2.4% from the prior month to a 6 million annualized rate, the strongest pace since the end of 2006, according to National Association of Realtors data issued Tuesday. The figure matched the median estimate in a Bloomberg survey of economists. Prices jumped 11.4% from a year earlier on an unadjusted basis to a record.

While the increase in existing home sales in August was smaller than the record 24.7% jump a month earlier, the level is consistent with steady growth. The housing sector has been one of the strongest parts of the economic rebound, in part because of ultra-low mortgage rates, as well as cooped-up urbanites looking for homes and yards outside of city centers during the pandemic.

If Congress fails to pass an additional virus-relief package, “it doesn’t help” but the housing market “will remain strong” because of near record-low rates, Lawrence Yun, NAR’s chief economist, said on a call with reporters. “I do expect a further increase in sales for the remainder of the year. There’s plenty of buyers in the pipeline.”

There were 1.49 million existing homes for sale last month, down 18.6% from August 2019, the 15th straight year-over-year decline. The inventory of houses would last three months at the current sales pace. Anything below five months is seen as a tight market.

“While low mortgage rates and solid demand are supportive of home sales, a lack of inventory and rising prices will constrain sales, particularly as/if the recovery in the labor market falters,” Nancy Vanden Houten and Gregory Daco, economists at Oxford Economics, said in a note.

“The imbalance of supply and demand will hurt affordability soon,” so builders need to step up construction, Yun said. “The homeownership rate may decline if prices rise too fast. That’s why it’s critical to have the supply.”

Builders in August began work on the most new single-family homes since February, according to Commerce Department data last week. The figure also reflected a decline in the tropical storm-hit South, though a rise in permits signals the region will see a pickup in construction in coming months.

Purchases of previously owned single-family homes rose 1.7%, while sales of condominiums increased 8.6% from a month earlier, according to the NAR data.

Existing-home sales increased all regions. Sales in the South, the largest U.S. region, rose to the highest since May 2006. Purchases in the West were strongest in six months and Northeast sales were the best in three years. Midwest sales climbed to the highest level since the end of 2006.

Previously owned home sales account for roughly 90% of U.S. transactions and are calculated when a contract closes.

--With assistance from Jordan Yadoo and Jarrell Dillard.