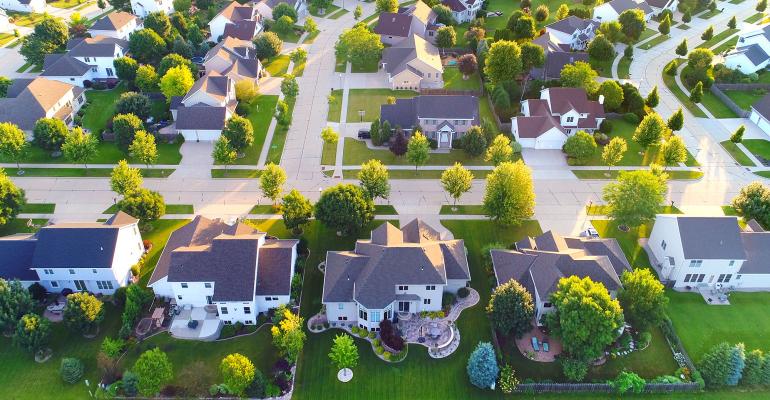 The S&P CoreLogic Case-Shiller Index of property values increased by 2 percent from a year earlier in July.

(Bloomberg)—Home-price gains in 20 U.S. cities decelerated in July for a 16th straight month, as values proved still too elevated for buyers despite low mortgage rates.

The S&P CoreLogic Case-Shiller index of property values increased 2% from a year earlier, the slowest since August 2012, according to data released Tuesday. Nationally, home-price gains remained steady, rising at a 3.2% pace.

The latest data highlight how the market continues to struggle despite solid wage gains for Americans and cheaper borrowing costs. A shortage of affordable inventory and construction constraints have helped lift home prices despite demand that has been somewhat tepid as elevated prices deter some potential buyers.

Price gains may accelerate in coming months amid signs that lower rates may be luring more buyers into the market. Existing home sales rose in August to the best pace in more than a year, while the median sales price saw the second-fastest gain in the past year.

“Year-over-year home prices continued to gain, but at ever more modest rates,” Philip Murphy, global head of index governance at S&P Dow Jones, said in a statement. “Gains remained positive in low-single digits in most cities, and other fundamentals indicate renewed housing demand.”

All 20 cities in the index showed year-over-year gains except for Seattle, where prices were down 0.6% from a year earlier.

Phoenix, Las Vegas and Charlotte reported the best annual gains among the 20 cities, led by a 5.8% gain in Phoenix. Charlotte surpassed Tampa to join the top three leaders, according to the report.

Prices in the 20 cities were little changed from the prior month on a seasonally adjusted basis. Los Angeles, New York and Washington were down while Boston and Denver were unchanged.

A separate report Tuesday from the Federal Housing Finance Agency showed single-family house prices rose 5% from a year earlier in July. The monthly gain was 0.4%, topping the median estimate in Bloomberg’s survey.

To contact the reporter on this story: Reade Pickert in Washington at [email protected].