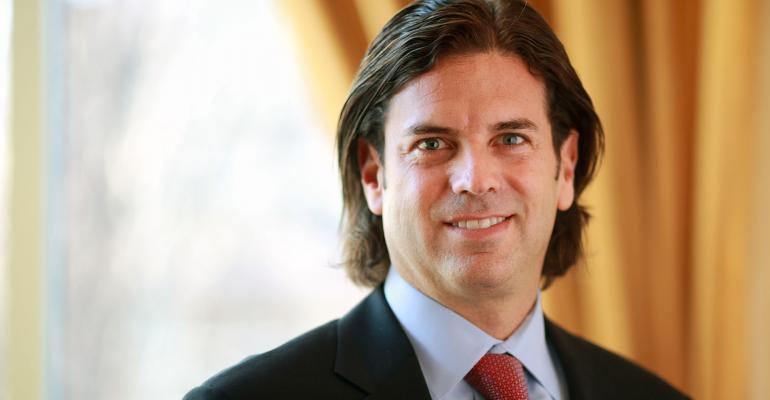 Adelman discussed what's behind the recent slowdown in construction and the most likely markets for growth.

The student-housing sector remains strong—though there have been some markets that have seen oversupply issues and subsequent struggles to fill new student housing beds. NREI talked about some of the sector’s recent trends, from the growth in certain types of amenities to the more recent slowdown in construction, with David Adelman, CEO of Campus Apartments. The Philadelphia-based student housing provider, which was founded 60 years ago, owns a little less than $2 billion in real estate.

NREI: A couple of years ago there was a boom in student housing construction, especially in certain regions. Is this something you’re still seeing in the space?

David Adelman: I think two years ago was the peak. And I think it’s starting to taper off a little bit. It’s still fairly robust, but that was probably an unsustainable pace of development. It was a very large amount of supply that was delivered two years ago. I think we’re kind of back now to the average of what it’s been previously.

NREI: What were some of the markets where supply got too high?

David Adelman:I think you’ve seen a lot of supply in College Station, Texas, that’s Texas A&M University. Previously you saw a lot of supply in Statesboro, Ga., Georgia Southern University. There’s a lot of supply at the University of Arizona. It really just depends. In some cases, the school will grow into that supply, in other cases it won’t. At Texas A&M there’s an enlarged enrollment over the next 10 years, so that will probably be absorbed. Some of the other markets—it might not be.

NREI: What were some of the characteristics of these markets that drove people in to build more?

David Adelman:I think in some cases we’re getting entrants who are new to the student housing business, so they just look at the map and say “let me pick these state universities.” And those state universities are generally in an area where there’s lots of land. I think a lot of the new supply was generated from new entrants to the business who don’t necessarily do the proper research into fundamentals and market dynamics.

NREI: Are there any markets now that you think are underserved or that may be ripe for growth?

NREI: You said earlier that construction has slowed—is there anything behind this?

David Adelman:I think it’s related to timing. I also think some colleges are seeing a tremendous amount of traditional multifamily under construction, [and] that has caused pricing of construction to go up, with so many projects going on. When you look at the projects that have delivered two years ago, those were planned out two years before that, and so the cost of construction was considerably less than it is now. So I think cost has played a factor into this as well.

NREI: The new properties that you recently developed—how would you describe them? Do they have any amenities?

NREI: What are some of the amenities that make these luxury properties?

David Adelman: They all have fitness centers, club houses, Starbucks machines in the lobbies. They really look highly amenitized, almost like traditional multifamily buildings. They’re all furnished with high-end furniture, granite countertops, hardwood floors in the apartments. It’s just a higher level of finish and detail.

NREI: Do you think that’s where the market is going, in terms of what students are looking for and willing to pay for?

David Adelman: I think it depends on the market. That high-end stuff is only catering to the top 20 percent, affluent students. In a lot of markets, we buy [properties] that are more mainstream, so it’s also more affordable. So it really just depends.

I think you have to be smart about the amenities and understand what people are going to use. You’ve got to understand the demographics across the school, there’s just a lot to account for before you decide how to approach a project.

NREI: Are there any challenges that you see in the foreseeable future?

David Adelman:I think the challenge is that you have folks coming into the industry who are new to it, not doing the proper homework and picking markets without doing the right research. That’s always challenging. We try to avoid those areas. It happens in every industry across the board. Over the last five years, we’ve seen more entrants come into the space.