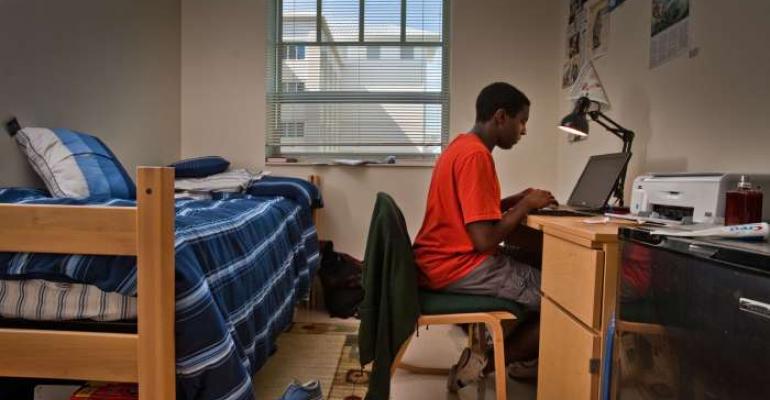 A growing number of borrowers are having trouble making their payments on loans on student housing properties, likely because of competition, according to Fitch.

The experts at Fitch Ratings are getting worried about the student housing sector.

“Delinquencies have definitely crept up over time,” says Melissa Che, senior director of CMBS for Fitch, based in New York City. “They have deteriorated pretty substantially.”

Overall, student housing properties are still performing well, according to data from research firms like RealPage Inc., a provider of property management software and services. Average rents continue to grow, though not as quickly as in prior years. Occupancy is on track to average well over 90 percent for the start of the 2019 school year, though beds are not pre-leasing quite as quickly as a few years ago.

But among the hundreds of student housing loans tracked by Fitch, a growing number of borrowers are having trouble making their payments. Other experts argue these troubled properties are still relatively rare.

“There are always a few deals that go back to the bank—when people don’t do their homework, they can get into trouble,” says Dorothy Jackman, Tampa, Fla.-based executive managing director of the national student housing group with real estate services firm Colliers International. “I have not seen or heard of any defaults in my discussions with a large percentage of owners in the industry.”

The bad news from Fitch

As of May 2019, Fitch has labeled 36 loans totaling $671 million in student housing properties as "loans of concern.” That’s about 10 percent of the total 398 loans covering student housing properties that are tracked by Fitch. These loans were made since the financial crisis, totaling $6.9 billion overall and securitized as CBMS. The properties they cover are located throughout the country. “There is no geographic concentration,” says Che.

Of the 36 “loans of concern,” 12 loans have already entered special servicing. Most of the properties behind these troubled loans are struggling to compete with new properties that have opened nearby.

“Property performance can deteriorate pretty quickly. Each property has just one target audience—one or two depending on how many schools they serve,” says Che. “All it could take is a new property down the road, a newer property with better amenities.”

Loans on student housing properties tracked by Fitch are more likely to have problems than multifamily loans overall. “These are the loans in the multifamily sector that are becoming delinquent,” Che notes.

In recent years, student housing properties have performed relatively well, despite the high number of new beds at communities that opened in the last several years.

As of April 2019, 69.3 percent of student housing beds had already pre-leased for the fall 2019 semester. That’s up from 68.0 percent at the same time in pre-leasing lead-up to the fall 2018 semester. “It’s a little bit higher than this time last year, but not substantially,” says Carl Whitaker, manager of data analytics for RealPage.

Rents grew by an average of 1.6 percent in 2018. That’s less than the 2.3 percent that student housing rents grew in 2016, but still significant growth, according to RealPage data.