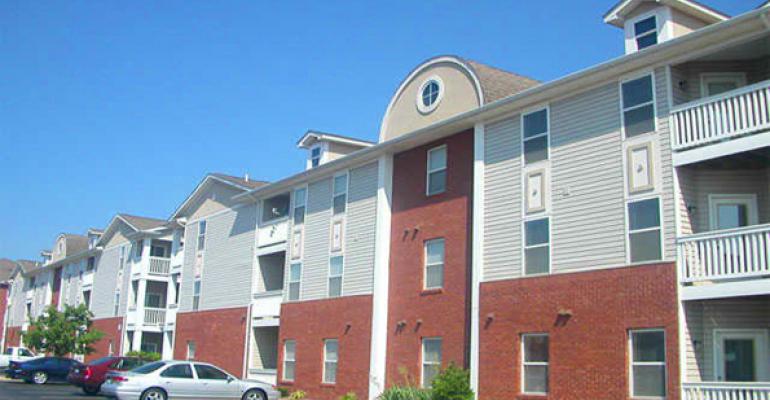 Demand for Student Housing Shows Signs of Slowing Down

This summer, for the first time in several years, student housings beds were not leasing as quickly as the year before.

“The student housing market moderated this year,” says Taylor Gunn, student housing analytics lead for data firm Axiometrics, a RealPage company. “This was anticipated to occur at some point after several consecutive years of record performance.”

The data is still coming in from the fall lease-up period, but early reports show the student housing sector is still very strong, just not as strong as it has been.

“The space is becoming more competitive with new operators and investors, more supply and universities revitalizing their housing. A lot of these factors can be expected with a growing industry, but can prove to be a challenge for some going forward,” notes Gunn.

However, this summer, for the first time in several years, student housing beds were not leasing as quickly as the year before. As of June, 84.1 percent of student housing beds had been pre-leased. That’s below the pre-leasing level in June 2016, though just by 30 basis points, according to Axiometrics.

Pre-leasing fell behind both 2015 and 2016 levels, even though many managers of student housing gave themselves a head start.

“In the past, most properties in most markets started pre-leasing in mid-to-late October,” says Fred Pierce, president and CEO of Pierce Education Propertie, an investor in and developer of student housing communities. “This year the norm was to start pre-leasing in early October. However, the earlier starts are not necessarily translating to different ending occupancies.”

Leading student housing operators contacted for this story say they are starting the academic year with solid occupancies. “The pace of the lease-up was a little slower, but we were able to finish above plan,” says Mike Schwaab, senior director for TH Real Estate, a real estate investment management firm, which started the school year with 97 percent of its student housing beds occupied and its overall rent roll larger than 2016.

“Most of the markets we are currently in have trended at or above forecasted occupancy,” says Michelle Fuller, managing director for multifamily giant Greystar.

The shadow of overbuilding hangs over many student housing markets, but many new developments are performing well, despite competition for residents. “In total, CA Student Living properties are trending in line with, or slightly ahead of, previous years. We are 95.5 percent leased overall and 97 percent leased on our 2017 developments,” says JJ Smith, president of CA Student Living, a student housing development and investment firms.

Developers were expected to deliver 46,000 new student housing beds for the fall 2017 semester, though some of those bed have surely been delayed, potentially into 2018, according to Axiometrics. That’s roughly the same number of beds developers opened in 2015 and 2016.

Axiometrics has already identified 41,700 beds to be delivered for fall 2018, including nearly 12,000 beds still in the planning stages.

Outlook for the future

Looking ahead, student housing developers are struggling to keep their new properties affordable, so they don’t price themselves out of the reach of too many students or suffer from too much competition from other luxury student housing properties.

“Oversupply at the top end of the market is also something we’re closely monitoring,” says Smith.

Some operators are looking for efficiencies that can help them keep their rents down. “Operational efficiency and optimal pricing will grow increasingly more important given today’s environment,” says Gunn.

Developers are also planning to build new projects at a somewhat lower price point. “The broader market remains stable, with enrollments continuing to grow,” says Schwaab. “We intend to appeal to a wider demographic by delivering some new middle-of-the-fairway developments.”