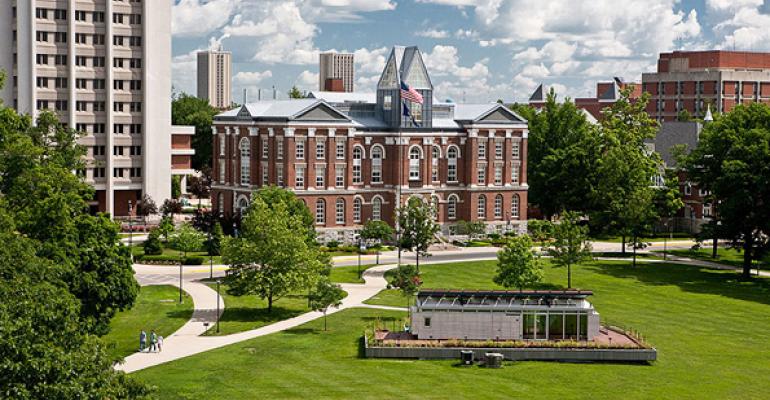 Student housing managers are trying to figure out how to pay back bondholders who financed their projects.

(Bloomberg)—Students and professors at universities aren’t the only ones wondering when schools will re-open. Bondholders and stockholders also have a vested interest in getting them back on campus.

As colleges across the country send students home and transition to online learning amid the coronavirus pandemic, managers of student housing that rely on dorm-room revenue are rushing to figure out whether or not students can terminate their leases and how to pay back bondholders financing those projects.

“When the schools will reopen again with normal occupancy schedules remains a question for bondholders,” Eric Kazatsky, senior municipals strategist at Bloomberg Intelligence, said in a recent report.

S&P Global Ratings cut its outlook for the private student housing sector to negative on Wednesday, citing expected challenges from the sudden and potentially prolonged decline in student housing occupancy and associated loss of rental revenue.

Some of the richest schools have already said they would refund room and board, including Harvard, Amherst and Princeton. Brown University said students will receive a credit if they return when school resumes or they will get a prorated refund if they graduate.

But for some colleges like West Chester University outside Philadelphia, Pennsylvania, issuing refunds threatens the cash flow backing debt.

“Refunding or crediting rents would have an adverse impact on (university student housing) cash flow, and savings from reduced operating expenses would not be sufficient to make up for the revenue reduction,” the Chester County Industrial Development Agency said in notice to bondholders March 16.

Companies that build and manage student housing are scrambling to figure out what do now that students have fled home. American Campus Communities Inc., the largest owner, manager and developer of student housing in the U.S., said it will temporarily waive all late fees and financial-related eviction proceedings and said it will work with residents and families who endure financial hardship on a case-by-case basis.

The company’s stock price rebounded Monday after it said it wouldn’t offer lease terminations and refunds at its private off-campus apartments as students leave colleges. It rose 5.4% to $29.84 on Thursday.

Provident Resources Group, with more than 21,000 beds of student housing across country, has been “inundated with inquiries about the impact of COVID-19,” Steve Hicks, chairman and chief executive officer, said in an interview.

Hicks said Provident is not in the position to unilaterally decide that it can issue refunds, adding that it’s the universities that are making the decisions to close the schools, sometimes due to government guidelines.

“They’re making the decision and we would expect the university, which has a lot more resources than one student housing property, to make the refund to the students through the student’s account at that one particular campus,” Hicks said.

Hicks said any decision on refunds needs to be made in concert with its bondholders, investors and the universities.

Around $14 billion of the stimulus package passed by the Senate would go to colleges and universities as they respond to the pandemic.

It is too early to tell what relief Provident’s higher education projects might be able to obtain as a result of this legislation, Hicks said. As of Thursday afternoon, Provident’s chief legal officer and outside counsel were reviewing the bill to determine which projects might be eligible for financial assistance.

“We are focusing on which of the projects, if any, might quality for a loan or an SBA loan to assist in some of the challenges we are facing from COVID-19,” Hicks said.

Still, there will probably be some leniency on bond payments, said Steven Agran, managing director at Carl Marks Advisors, where he leads the restructuring firm’s higher education practice.

--With assistance from Amanda Albright.

To contact the reporters on this story: Mallika Mitra in New York at [email protected];