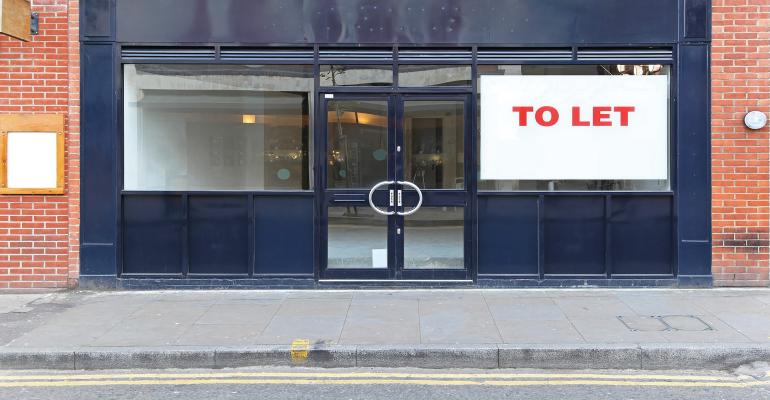 How Much Value Is There in Ground-Floor Retail Space at Student Housing Properties?

“Most ground level retail is a drag on a student housing project,” says Frederick Pierce, president and CEO of Pierce Education Properties, which invests in, develops and manages student housing properties. “But in the right location, retail, restaurant or food can be an asset to a project and can support credit tenants.”

Local officials have forced many developers to make room for retail space at student housing projects, even if the location does not have enough potential customers. Many of these unwanted storefronts eventually have to be renovated to serve another purpose. But in busy locations—especially those close to campus—retail space can add significant value.

“The so-called ‘retail apocalypse’ hasn’t hit university-adjacent retail as hard as other retail locations,” says Shannon Benson, director of retail for Greystar, which specializes in rental housing. “A well-positioned retailer can capitalize on that need with a location close to a university campus.”

Developers fight to find locations for student housing properties that are as close as they can get to college campuses. However, often sites a few miles from campus are under the jurisdiction of local officials who require new buildings to include retail space.

“Cities are forcing you to do that retail component,” says Walter Hughes, chief innovation officer for Humphreys & Partners, a Dallas-based architecture firm.

Officials often demand retail space in exchange for allowing a taller mid-rise or high-rise building to be built. The problem is that many new student housing buildings don’t have enough pedestrian traffic to support sidewalk retail space. The students who live in a single student housing property can’t provide enough potential customers to keep even a modest shop running profitably without the addition of a busy neighborhood surrounding the building. “Even if you have 700 beds, that is not enough,” says Hughes. “You need at least 2,000 people right there—within less than a quarter mile.”

Retailers rarely want to set up shop in a location without enough potential customers. “Often these spaces are difficult to lease,” says Pierce. “They are often occupied by ‘mom-and-pop’ or non-credit tenants that result in high turnover of these retail spaces.”

Designers can satisfy local officials by creating first-floor “storefront” spaces that work as common areas for the student housing community. “In many instances, after retail and food uses fail in these projects, the space is often repurposed to amenity spaces to serve the housing,” says Pierce.

The outlook for retail space at student housing complexes is much better in a bustling neighborhood.

“If you are in close proximity to campus and can generate a lot of foot traffic, that might work,” says Hughes.

Often the area closer to campus is a stronger location for retail space. “A significant number of the nation’s 20 million college students have access to disposable income via their parents,” says Benson. “And while college students do spend quite a bit with internet retailers, they also have more than a few immediate needs for products and services (the newest sneakers, a mani-pedi, a 2 a.m. pizza) that the internet can’t fulfill in a timely enough manner.”

The vast majority of these retail spaces provide some kind of service. Nearly two-thirds (65 percent) of the retailers at Greystar’s student housing properties sell food and beverages.

“Students love food,” says Pierce. “There are many national tenants that actually target university markets, including Chipotle and Insomnia Cookies.”

Another 20 percent of the retailers at Greystar’s student housing properties provide health and beauty products and services.

Sometimes even a retailer that usually occupies much larger spaces will squeeze into smaller storefronts at student housing properties if the location is right. “We’ve had some big-box retailers like Target and CVS do well with smaller footprints in off-campus student housing, because they filled a need for a pharmacy or convenience foods in a location that is close to campus,” says Benson.

“Target loves the student market and likes university-adjacent locations, but typically requires plus or minus 25,000 square feet of space,” says Pierce.

For all the challenges that come with retail, investors can put a high value on retail space at student housing properties.

“Everyone is used to it and they know how to value it,” says Dorothy Jackman, executive managing director of the student housing group with real estate services firm Colliers International.

“They put the same cap rate on the retail space as they put on the residential space,” Jackman notes.