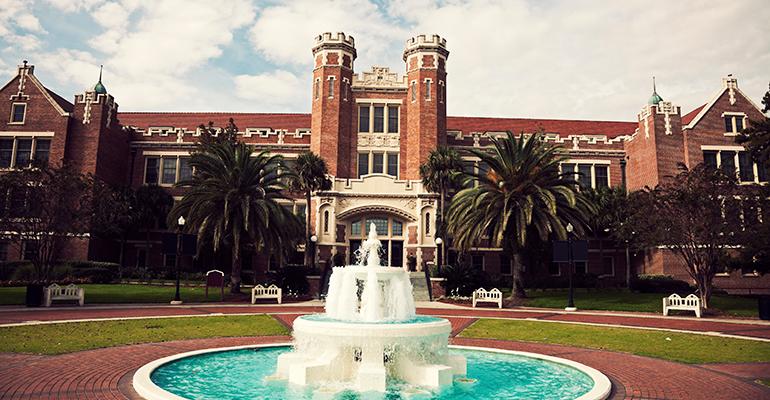 A Look at the Most Active Markets for Student Housing Development

Here are the five schools in the U.S. where developers will open the most new beds of student housing for the start of the school year.

Student housing developers are playing it safe and building most of their new projects close to the largest universities.

“Tier one markets continue to attract the most development and are still being targeted by the institutional capital that is pouring into the space,” says Taylor Gunn, student housing analytics lead for data company MPF Research.

This late in the real estate cycle, developers are no longer focused on the search for undiscovered markets, where few or no developers have gone before. Instead, they are betting on universities where the demand for student housing has been strong and is likely to get stronger.

Here are the five schools in the U.S. where developers will open the most new beds of student housing for the start of the school year in the fall of 2018, according to MPF Research.

“Many of these schools are being targeted because of their enrollment growth, market fundamentals or health of the state’s economy,” says Gunn. “We’re still seeing tier two and tier three universities being targeted, but not at the same volume.”

The demand for student housing properties around Florida State University has been very strong for a very long time. “It is consistent. This is a market that looked good even through the recession,” says Jamie Swick, senior associate in the national student housing group for real estate services firm Colliers International.

Developers plan to open 2,700 new student housing beds in the market for fall 2018, making it the busiest market nationally. However, demand should be strong enough at the university to absorb the new supply, says Swick.

Developers have already added 16,500 student housing beds to the Texas A&M University market since 2011, including both on-campus and off-campus housing, according to MPF. That’s significantly more than the increase in enrollment of 12,700 over the same period.

The market is struggling to absorb all the new beds and the off-campus inventory is expected to grow by another 6.0 percent this fall.

As of March, 51.2 percent of the student housing beds in the market had leased for the fall academic year. That’s 188 basis point ahead of where the pre-leasing rate was at the same time last year. To achieve that improvement, however, properties have dropped rents by an average of 6.7 percent.

The student housing properties around the University of Central Florida are likely to absorb the 1,500 new beds of student housing that developers plan to open for the fall of 2018.

“Pre-leasing has been very strong there for several years now,” says Colliers’ Swick.

As of March, student housing properties near the university were already 85 percent leased on average, up nearly 11 percent from the year before. In addition, average effective rents grew by 5.2 percent, more than in any of the other top markets for development, according to MPF.

The university is making bold plans to increase its freshmen enrollment and improve its retention of the older students who are more likely to live off-campus.

University of Texas at Austin—1,480 Beds

Developers have already opened thousands of new beds at the University of Texas at Austin—and they will add even more this year and the next.

"Many markets will see developments activity slow or stop given the volume this year, but a few, such as Florida State and UT Austin, are expected to see a similar development pipeline next year," says Gunn.

Developers have been opening new properties at a very consistent rate over the past few years, averaging between 44,000 and 48,000 beds each year. This fall will be similar, with developers expected to open another 46,200 beds, according MPF.