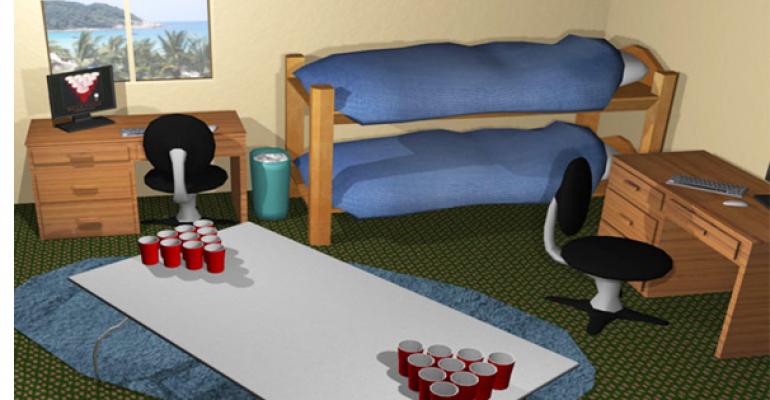 In the last week of January, Starwood Capital closed a deal to buy four student housing properties. And before the week was done, Starwood had bought another portfolio in a second deal—building its portfolio of student housing beds from zero to several thousand in just a few days.

“There are a lot of new people in the market for student housing properties,” says Jaclyn Fitts, director of student housing for CBRE’s capital markets group, which helped arrange the four-property deal. Starwood is expected to release more details of the transactions in February.

Student housing investors bought between $2.8 billion and $3.0 billion in properties in 2014, continuing the very fast pace set the year before, according to preliminary totals from CBRE, which will release its official count of student housing investments in February.

New investors have been drawn to the sector as it becomes more understood. “Student housing is much more accepted as an asset class,” says Dorothy Jackman, managing director of student housing for real estate services firm Colliers International.

Investors are also impressed with how student housing performed through the Great Recession. Prices for apartment properties overall fell by about 20 percent, but average prices per bed for student housing properties stayed strong. “The industry demonstrated resilience,” says CBRE’s Fitts.

“The student housing industry as a whole is experiencing higher demand than I have ever seen,” says Fitts. Bidding wars are driving prices higher. Investors now routinely accept cap rates as low as 5.5 percent for student housing properties within walking distance of tier-one universities, and as low as 7.5 percent for properties a shuttle bus ride away from tier-two or tier-three schools. “There is definitely downward pressure on cap rates,” says Fitts.

The most valuable properties are still those within walking distance of campuses. Both Education Realty Trust Inc. (EdR), a student housing developer and owner, and American Campus Communities, a student housing REIT, have stated they are focused on those types of assets. However, the demand for student housing is strong enough to encompass stabilized projects even if they are a bus ride away from the school.

“More people are diversifying,” says Colliers International’s Jackman. “They are getting more comfortable getting out of the box. … Maybe there might be opportunities in tier-two schools. Maybe distance from campus is not so important.”

Developers are building student housing quickly, though so far demand has kept up with supply, as enrollment continues to grow for tier-one schools. Developers completed 4,149 student housing beds in 2014, more than twice the 1,926 completed in 2013. Occupancy rates averaged about 95 percent, down slightly from 96 percent in 2013, according to data aggregated by Colliers.