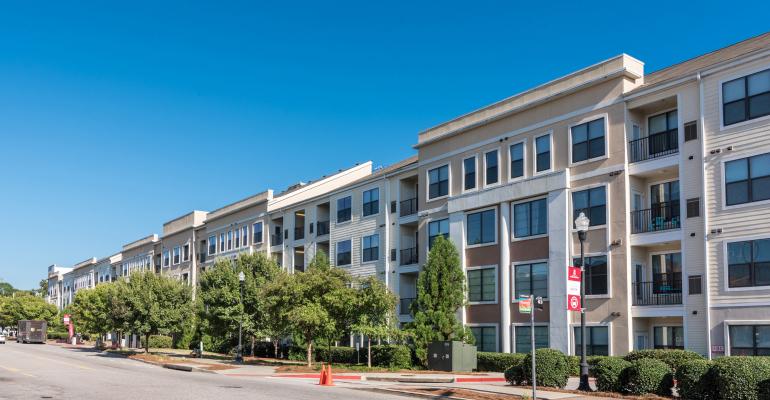 Student housing is hot with traditional investors and now, increasingly, with new investors.

Student housing is hot with traditional investors and now, increasingly, with new investors.

“It is crazy the amount of new entrants,” says Sean J. Baird, director of the national student housing group for Colliers International. “Almost weekly there is a new group coming in and wanting to do a deal.”

Institutional investors and international investors, among others, are bidding to buy student housing properties, keeping the dollar volume of properties bought and sold remarkably high. The prices investors pay also continue to rise relative to the income from the properties. The bidding is so tight that many investors have turned to development as an easier way to put their money to work.

“Over the past 18 to 24 months, we have seen an influx of new capital sources enter the student housing space for both joint venture development and investment in core and value-add acquisitions,” says Timothy Bradley, of TSB Capital Advisors.

“The acquisition market is still very strong,” says Baird. “There is an immense appetite out there. If there were more deals out there, they would sell.”

“Historically, student housing has hovered around $2 to $3 billion in sales annually… the business has more than doubled over the past three years from the historical average,” says Bradley.

These eager investors are pushing the prices of student housing properties higher, relative to the income produced at the properties. Cap rates for student housing averaged 5.9 percent in the fourth quarter of 2017, close to the levels where they have hovered over the last year.  That’s down from 7.0 percent at the end of 2011, according to RCA.

Cap rates are now almost as low for student housing as they are for apartment properties—even though student housing properties are considerably more complicated to operate than conventional apartments. “There is a tad bit of a spread… maybe 10 to 15 basis points,” says Fitts.

These low yields are one reason sellers are not putting properties up for sale. They could receive a good price for their properties; however, they may not be clear on what they would invest in next. “They might not be able to find something out there to replace those cash flows,” says Baird.

To find good investments in a market that has already been picked over, potential buyers are looking further afield. “There are certainly more buyers… targeting properties more than a mile from campus or at Tier II schools,” said J. Ryan Lang, executive managing director of ARA Newmark Student Housing.

“We have seen more interest from the institutional investor groups,” says Bradley. “Size, quality and downside protection—even during recession—has allowed what was once a mom and pop business to open up to the largest investors in the world.”

Investors are also encouraged by the strong demand for student housing that has kept most student housing communities fully occupied despite a lot of new construction in recent years.

“Nationally, we are seeing some pullback in the velocity of leasing and a little bit of compression in rent growth,” says Taylor Gunn, director of student housing for Axiometrics. However, the demand for student housing continues to be relatively strong.  With months still to go before the start of the 2018 school year, 68.8 percent of the available student housing beds had been leased as of April 2018. That’s close to the pre-leasing rate of 67.3 percent at the same time last year.

“The stability is still there,” says Gunn.

Publicly traded REITs have skipped out on the competition to buy student housing properties. “They are not really acquiring properties,” says Lang. “They have been extremely active on the disposition side.”

REITs sold $131 million in student housing properties from the beginning of 2018 through the end of May—and did not buy any properties, according to RCA.

“That’s largely because the share prices of the two REITs that focus on student housing, American Campus Communities (ACC) and EdR, fell in recent years, while at the same time investors were paying up for student housing properties as cap rates compressed.”

So rather than selling stock at a low price and buying properties at high prices, both REITs have been net sellers. EdR is pruning its portfolios, including several sales of properties farther from campus. ACC has sold a number of student housing assets in strong locations at very low cap rates.

Meanwhile, both ACC and EdR have been investing considerable resources toward the development of new properties over the last two years.

With high prices for student housing properties and low cap rates, many investors have been focusing their investments on new development—especially investors who are relatively new to the business.

“A number of new investors are looking to development to start in the space,” says Baird. “Pricing is so competitive for properties that new entrants are constantly being priced out of buying stabilized
properties.”

More than a third—39 percent—of the capital being invested in student housing is flowing into the sector through new construction starts, according to RCA.

Developers plan to open 40,000 new student housing beds off campus for fall 2019. “That’s pretty much in line with what we have seen in the last couple of years,” says Gunn.

However, the cost of land and construction continues to rise and that is putting pressure on the yield that investors receive from development. “Development yields have compressed to 6 percent to 6.5 percent,” says Bradley. Even though that yield is higher than the current cap rates, the developer yield is not adjusted to account for the risk of development.

Some deep-pocketed developers, such as ACC and EdR, are also building or renovating student housing on campus.

For a deeper discussion about the inflow of international investment to student housing or to learn more about how developers are mitigating construction and labor costs, check out the NMHC Student Housing Conference agenda for session details and speaker announcements. nmhc.org/shc