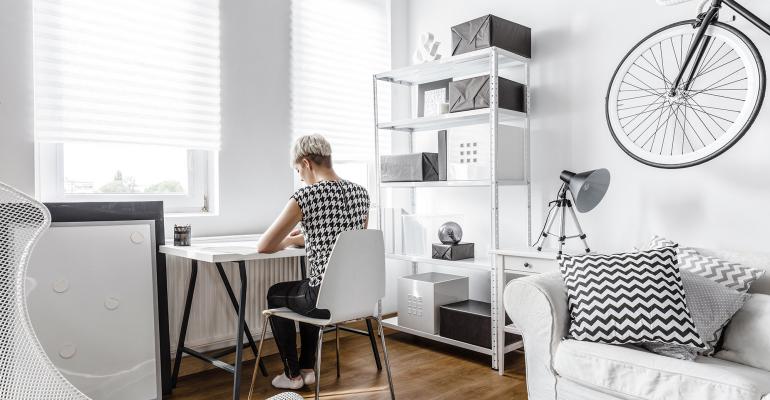 Investors no longer need to wait to have the latest information from the fall leasing season to buy and sell student housing.

Christmas is coming later and later for people who buy and sell student housing properties. Deals that once closed in the last months of the year now often close in spring, summer, or even the dead of winter.

“The percentage of total investment sales being closing in the fourth quarter of the year has steadily trended down over the past five years,” says Frederick W. Pierce, president and CEO of Pierce Education Properties, based in San Diego.

Investors no longer need to wait to have the latest information from the fall leasing season to buy and sell student housing. Instead they feel confident to bid any time of year—even presenting properties to investors in January or February to close deal later in the spring.

“We haven’t seen that kind of seasonality that we saw before,” says Jaclyn Fitts, director of national student housing team for CBRE, based in Dallas. “As the student housing asset class has matured, people have been transacting throughout the year.”

Strong demand spreads throughout the year for student housing properties

Investors continue to pay top dollar for student housing properties. Cap rates averaged just 5.2 percent in the fourth quarter of 2019, according to Real Capital Analytics, a data firm based in New York City—that’s the lowest quarterly average in recent years.

Investors spent less in total to buy student housing in 2019—just $5.4 billion, compared to a record $7.9 billion in 2018, according RCA. Though that’s largely because few portfolios of properties were available. Sales of single properties are still strong.

However, the year 2019 ended quietly student housing properties—even for single property sales. Buyers spent just 19 percent of their investment for the whole year in the last quarter, according to data from Real Capital Analytics. That’s roughly the same as the last three months of 2018, when investors spend just 18 percent of their total student housing investment.

Interested buyers are likely to keep prices high for student housing in 2020. “PREA’s 2020 Investor Intentions Survey indicated that 14 percent of institutional investors expected to deploy capital in the student housing sector this year,” says Pierce. “That is up from 9 percent last year… It bodes well for student housing cap rates holding steady and the individual property trade volume remaining steady.”

“The buying season is less 'lumpy' than in the past,” says Dorothy Jackman, executive managing director of the national student housing group for Colliers International, based in Tampa, Fla.

Until recently, the end of the year used to be the busiest season for buying and selling student housing properties. Owners would wait until the academic year had begun to present their properties to potential buyers. “More properties in past years were listed for sale shortly after the start of the fall semester when the academic year rent roll was established,” says Pierce.

For example, back in 2015, investors spent more than a third (34 percent) of their investment for the whole year to buy and sell student housing properties in just October, November and December, according to Real Capital Analytics.

The year that just ended was very different. That’s largely because student housing researchers have become more comfortable forecasting how much rents are likely to rise for student housing properties from year to year. “The sector is becoming more sophisticated in analyzing and forecasting pre-leasing and expected occupancies, to enable steady closings year-round,” says Pierce.

Potential buyers are more willing to accept guarantees from sellers, even if pre-leasing has barely begun. “If a sale is contemplated early in the lease-up cycle, both groups may be amenable to an income guarantee, post move-in for the next academic year,” says Jackman. “Historical performance will be heavily considered, as well.”

The availability of financing in 2018 and 2019 may also have delayed some student housing deals. “Some of the deferral of closings into the early months of the new year has been driven by the Agencies running up against their lending volume caps earlier in the year and deferring some funding into January and February,” says Pierce.

A growing number of brokers of student housing properties have also begun to form a new habit of seriously marketing properties in January at the annual meeting of the National Multifamily Housing Council. That taking a habit from the broader world of apartment investing to student housing.

“Historically a lot of multifamily assets launch their marketing in advance of the NMHC,” Fitts says. “Now there are so many cross-over investors between student housing and multifamily, is it now a strategy to get assets out in advance of NMHC.”