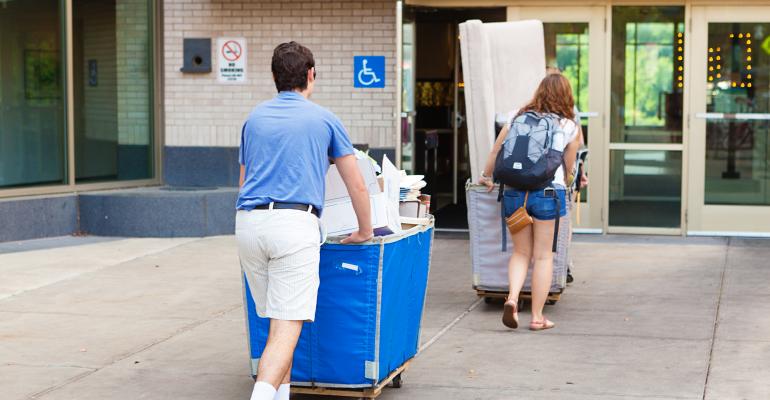 Despite some campuses announcing plans for fully online classes in the fall, demand for off campus student housing remains robust.

When the new academic year begins in later this summer, with a few exceptions, most of the 482,000 students at the 23 campuses that comprise the California State University (CSU) system will be learning remotely. That’s the highest profile example in the current debate among universities as to how handle the fall semester.

CSU Chancellor Timothy P. White’s announcement on May 12 sent shock waves through the student housing business, which so far has survived the crisis caused by the coronavirus without major loses.

But overall, the CSU system seems to be an exception, with many other university systems announcing plans for the full or partial return of students. According to data compiled from 850 universities by the Chronicle of Higher Education, two-thirds of American universities have announced plans for students to return.

“By and large, most schools appear to be on track to re-open for Fall 2020,” says Carl Whitaker, senior manager of market analytics for RealPage, Inc.

“Online instruction [in the spring] did not go super smoothly,” says Will Baker, senior managing director of Walker & Dunlop. “It has not been popular.”

That aligns with what student housing REIT American Campus Communities has reported for its own portfolio. It said 47 of the 68 universities served by the company’s properties are planning for a return to in-person classes for the fall. Of the rest, three are planning online classes, five are proposing hybrid models, and 13 are still in the process of deciding.

In fact, in cases where students are returning, attempts by universities to de-densify by prohibiting doubling and tripling up in dorm rooms will increase demand for off-campus housing. In addition, some students are planning to return to off-campus housing at schools without physical classes. All of that bodes well for the sector.

"We view this preleasing activity with cautious optimism," said Jennifer Beese, ACC’s chief operating officer. “Most students intend to return in the fall regardless of the curriculum being delivered in-person, online, or in a hybrid format.”

The net result is that students are pre-leasing rooms at off-campus housing properties nearly as quickly as they did last year, before the crisis caused by the coronavirus. “Fall 2020 sits about 1 percent lower than fall 2019’s pre-lease pace through April,” says RealPage’s Whitaker.

And there could be a late summer rush if more campuses make final decisions to bring students back.

The results of the spring semester showed the students were willing to keep living in off-campus housing properties, even after college campuses closed in March. “The majority of students elected to stay in their apartments—61 percent of our student residents remained on property in March, a figure that increased to 70 percent in April,” says Pierce.

That shows that students see the value of living in off-campus housing, even if the universities they are “attending” classes online are closed to instruction in person. “The students want to experience all that college has to offer and that means living there,” says Pierce.

All of these factors have given student housing investors some peace of mind for the year ahead. “We are not worried about a lot of defaults,” says Walker & Dunlop’s Baker. “Our loans to student housing properties have experienced no Pandemic-related distress.”

The demand for off-campus housing is also likely to get a boost this fall because of increased health measures. Many colleges are making their on-campus dormitories less crowded to reduce the risk of infection. Dorm rooms where three or four freshmen students might have once stacked themselves in bunk beds are likely to be converted into singles.

“We are hearing that most universities will be reducing the number of their on-campus beds by between 20 percent and 50 percent,” says Pierce.

Fewer students living on-campus means more students will have to live off-campus. Some colleges have already contacted companies that operate off-campus student housing to potentially contract with them to provide housing for students who would normally live in dormitories.

“A large number of our members have been approached by universities asking how many beds they can provide,” says Dave Borsos, vice president of capital markets for the National Multifamily Housing Council (NMHC) based in Washington, D.C.