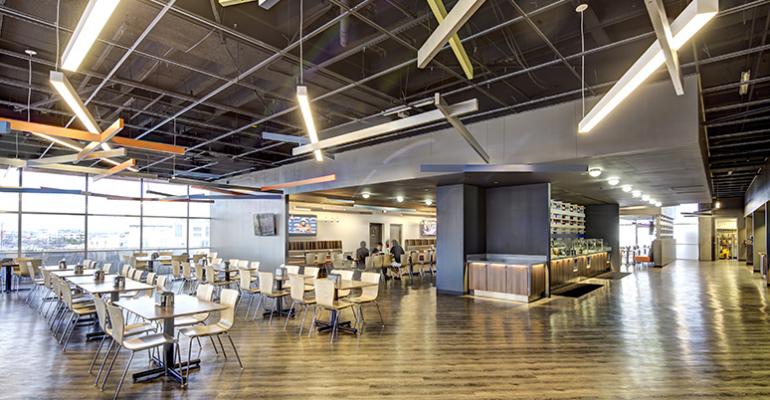 Student Housing Properties Are Beginning to See Fallout from Overdevelopment

There was a wide discrepancy in the performance of student housing properties in the fall of 2019.

The performance of student housing properties in the lease-up for the fall 2019 semester varied more widely than usual, according to industry sources, including Carl Whitaker, who manages the market analytics team for RealPage Inc., a provider of property management software and services. Some student housing assets performed very well, while others struggled.

Developers continue to open tens of thousands of new student housing beds every year. But it is getting increasingly difficult for them to get the numbers just right—especially since so many of the new student housing properties are so expensive that only a fraction of students can afford them.

"Much of the new supply in recent years has been at a significant rent premium to existing properties," says William Talbot, executive vice president and chief investment officer at American Campus Communities, a student housing REIT. "The new developments have generally leased up well in their inaugural year, despite the higher rents, but frequently struggle to maintain those rents.”

Developers opened 47,000 new student housing beds across the U.S. in time for the fall 2019 school year—almost the same as last year. The occupancy rate at the start of the 2019 school year averaged 93.2 percent, just 10 basis points below last year’s level, according to Whitaker.

Average rents also grew at a steady pace, after growing more quickly earlier in the recovery. As of fall 2019, the average rent for student housing beds was 1.7 percent higher that the year before, according to RealPage. Earlier in the recovery, rents grew by an average of 2.3 percent a year for both fall 2015 and fall 2016 semesters.

However, student housing properties at some schools did much better than others. “While there have been clear leaders and laggards in the past, the divergence between those groups was even more pronounced in fall 2019,” says Whitaker.

Only a fraction of the 151 schools tracked by RealPage achieved that average rate of rent growth. The properties at more than one-third (53) of those schools did much better, with rents that grew by more than 3.0 percent over the last year. Roughly a third of schools (43 universities), saw average rents shrink over the last year.

Many student housing beds are now empty because developers have opened too many new properties nearby. But some properties facing high levels of competition managed to perform well nevertheless. For example, student housing properties at the University of Texas at Austin and at Purdue posted healthy occupancy and rent growth in 2019 despite lots of deliveries, says Whitaker.

With developers opening so many new beds, however, it has become easy for them to misjudge existing demand. Changes in on-campus residency requirements or fluctuations in admissions and enrollment can make a big difference, says Whitaker.

“Many developers are not stabilizing in the first year as the market is not deep enough at the highest price point, coupled with increased skepticism in new projects finishing on time,” says Talbot.

ACC has focused of creating new developments that rent as a variety of price points, to serve a broader section of the market. “ACC’s has utilized a core competency in efficient and innovative unit and property design to create a variety of affordable price points… appealing to the widest range of students,” says Talbot.

“From the development perspective, we don’t anticipate much change moving into fall 2020,” says Whitaker. “Total beds scheduled to deliver should remain remarkably close to what we’ve seen for five or six years straight now.”