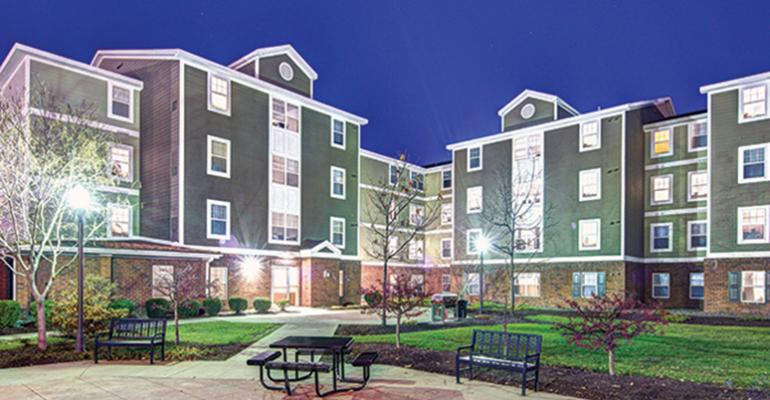 As more institutional investors have “discovered” the student housing sector, prices have been pushed upward.

Prices for U.S. student housing investments have never been higher. The forces propelling prices to such high levels are varied, with some help from the broad macroeconomic forces boosting property price levels overall. There are also forces in action that are unique to the student housing sector.

Student housing was once a property sector dominated by assets that were not managed by professional investors. Institutional investors have “discovered” this sector in the current economic cycle and price performance has reached record highs as a result. The question, though, is whether the high prices can be maintained.

Buyers active in this space are attracted to the story on the growth in demand and have compressed cap rates to record lows. Looking at cap rates for student housing assets vs. vanilla apartment buildings outside of the six major metros, the spread had averaged 14 basis points from 2003 to 2007. However, into the period from 2014 to 2019, investor interest has pushed this spread in the opposite direction, with student housing cap rates averaging 16 basis points lower than that for apartments in the non-major locales.

The process by which institutional capital “discovered” the student housing sector cannot last forever. As investors with lower costs of capital moved into the property type, cap rates were crushed down and prices were pushed up at double-digit rates. At the start of the current run-up in prices, investment managers, REITs and cross-border investors were behind 30 percent of all acquisitions in the sector, a figure which grew to 50 percent by early 2018.

With cap rates for student housing now below those for more vanilla apartment assets outside of the major metros, there should be less upward price pressure from new entrants with professionally-managed capital. Still, less pressure upward is not the same thing as saying that price levels will retreat. The sector has ongoing organic demand from the demographic push of Gen Z, as well as the demand for the replacement of obsolete cinder block dormitories typical of on-campus housing.