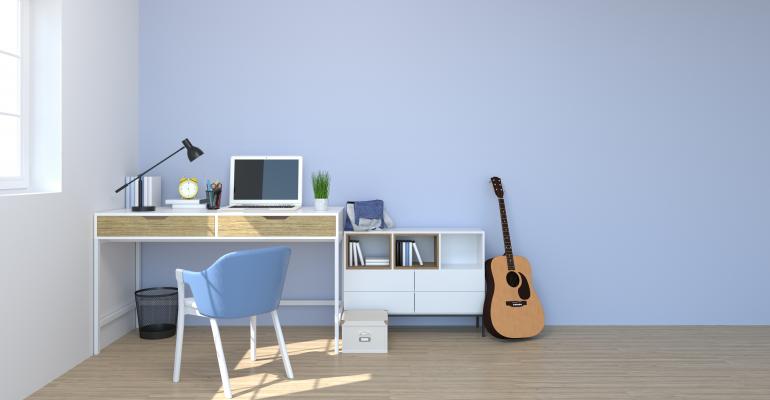 College enrollments by international students have been trending down lately. Is this impacting demand for student housing?

In view of the current U.S. administration’s immigration stance and the changing political and economic situation in China, there have been fears that the U.S. will see fewer college enrollments from international students, which could serve as unwelcome news for student housing investors and developers. But executives with the National Center for Education Statistics (NCES) maintain that enrollment numbers for international students at top-tier U.S. universities have stayed relatively unchanged since 2017.

Meanwhile, the Institute for International Education’s (IIE’s) Open Doors report for 2018 found that new undergraduate enrollments by foreign students at U.S. universities declined by 6.3 percent during the academic year 2017/2018, to 108,539 students, from 115,841 students during the academic year 2016/2017. During the same period, graduate enrollment declined by 5.5 percent, to 117,960 students.

However, according to Tom Syder, program director of annual reports and info with NCES, “Generally, more students globally are going into education outside of their home countries. Some of this increase has to with the European Union making it easier for students to move onto a different geography. There are also a lot of students coming from Asia, and there’s a rapid population growth in those countries.”

On the other hand, there were fewer student enrollments originating from South Korea, Saudi Arabia, Canada and Mexico.

Minor decreases may have occurred for international student enrollments at smaller colleges and two-year institutions, such as the Miami Day Community College, which showed a decrease through the fall of 2017, Syder says.

In the U.S., the years 2013-2014 marked a peak for deliveries of new off-campus student housing product, coinciding with the peak years for foreign student enrollments, according to David Borsos, of the National Multifamily Housing Council (NMHC), an advocacy organization for the multifamily industry. There was a total of 62,235 new student housing beds delivered to the market in 2014, according to RealPage Inc., a provider of property management software and services. By 2018, that number was down by roughly 25 percent, to 46,274 beds.

“Everyone has some level of interest in monitoring the situation with concern during an administration with aggressive tactics towards managing immigration,” Borsos says, though he notes that the overall number of international student enrollments at U.S. colleges has stayed relatively stable. But, “the vast majority of students at most universities still consists of domestic populations. If there is a drop-off, it’s still a smaller portion of the total population, and it could have an impact, but there are positive enrollment trends of international students across major universities.”

He adds that without a dramatic shift in demand for student housing from international students there isn’t cause for concern, though there could be “some hiccups geographically or tied to other issues in unique situations on a smaller scale.”

According to Michael Orsak, senior vice president of investments with Campus Advantage, a real estate investment management firm focused on student housing, the international student population “affects student housing at the edges, as this group is not a primary [demand] driver.”

In fact, foreign students are often the last to lease beds in some markets because they may still be waiting for their visas, Orsak notes. “There are markets [that] since 2016 have had some declines in international students, but they are mostly declining in second choice and smaller institutions, where a student may opt to stay put or go to a different country because they didn’t get into the school of their choice.”

“The demographics are still strong in student housing in general for college enrollees at large tier-one academic institutions. There is increasing demand for” housing, Orsak says.

Similarly, Peak Campus, a student housing operator and developer that has properties serving students at the University of Illinois and other large schools with a strong international student presence, has not noted any significant decrease in international student population, according to Ryan Hand, vice president of business development for the company. Hand maintains that most of Peak’s properties are fully-occupied. “The trick is, with student housing, you need to create pre-leasing situations and lease until the units are full. Lots of international students come from overseas late in the game and they could sign [leases] right after the semester starts. Our properties are full by summer.”

In fact, leasing by students coming from Asian countries has been stronger since 2017, Hand adds. “As long as the U.S. is a powerhouse in education, international [enrollments] will continue to grow. In 10 to 20 years down the road, China will continue to put money into [its] own education system, so the effects could be felt [stateside]. For now, it’s very expensive to go to school in China if you are from China.”

However, average occupancy at student housing properties across the U.S. did take a slight hit in the fall of 2018, according to data from RealPage, which attributed the dynamic to a combination of robust construction activity and growing competition for students, as well as the uncertainty surrounding international student enrollments. RealPage reported that same-property occupancy declined by 38 basis points year-over-year in September, to 93.4 percent.