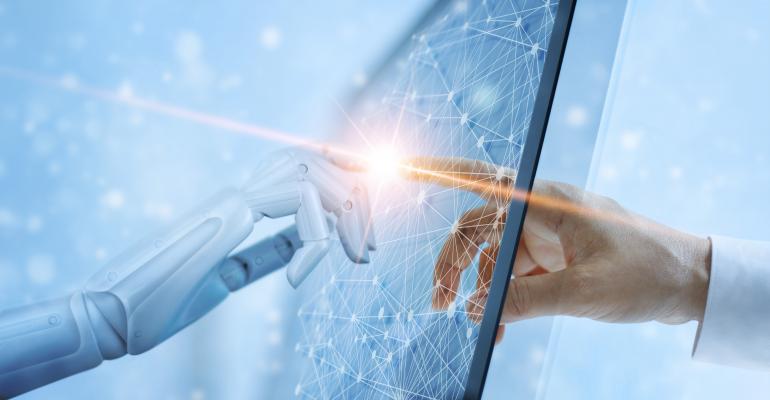 The commercial real estate industry has been slower than most other sectors to embrace technology, but over the last couple years the impact of proptech has gained momentum and has now reached a tipping point that makes disruption to traditional processes inevitable.

Industry leaders are exploring how to take advantage of proptech to solve challenges in marketing, due diligence and property management, according to the recently released Altus Group 2020 CRE Innovation Report.

Highlights of the survey, which included 400 C-level and senior executives at owner-operator and investor firms globally with assets totaling more than $2 trillion, provide insight to the state of technology adoption and challenges that lie ahead for the commercial real estate industry.

Artificial intelligence (AI) is facilitating collection of data that improves information transparency and helps investors make better decisions by providing access to data including building energy consumption, market rates and how tenants utilize workspaces and common areas, notes Benjamin Breslau, managing director of Americas research with real estate services firm JLL. Nearly half of survey respondents believe AI has significant potential for generating cost savings and operating efficiencies, and 43 percent said it will have a disruptive impact on the industry.

Greater transparency around property data should increase competition for assets because more investors will have access to the same information, according to Breslau. He notes, however, that data is only valuable if the user knows how to interpret and apply it to their needs.

JLL Spark, for example, invested in start-up Skyline Al, a proprietary AI and machine-learning platform that automates asset valuation and underwriting, leveraging data from more than 130 different sources. The platform analyzes more than 10,000 attributes of each asset over the past 50 years to predict future performance and accurately estimate asset value.

Most survey respondents believe there will be consolidation among proptech providers over the next 12 to 24 months. Morey notes this is already happening. Last year, his firm acquired ARGUS Software from Realm Solutions Inc. for $130 million.

A merger between proptech developers VTS and Hightower, however, represented the first major step toward the type of comprehensive tech solutions in demand by major investors to provide data connectivity, transparency, standardization and sophistication to empower decision-making and enhance returns.

A 2018 Global PropTech Survey by consulting firm KPMG cited VTS as the firm with the most potential for disruption. The vision of VTS co-founders Nick Romito and Ryan Masiello, who are both former brokers, was to bring the entire leasing and asset management process, from lead through lease execution, onto one software platform.

In 2018, the company launched MarketView, a cloud-based leasing portfolio management software now used by some of the nation’s biggest landlords. Today, it tracks tenants in about 47,000 buildings, with a total of 10 billion sf. ft. of space across 13 U.S. markets.

Nearly 40 percent of survey respondents said online transaction marketplaces have the potential to provide significant cost savings and operational efficiencies, and the majority said their firm had recently used an online investment, leasing or lending marketplace and plans to increase use of them in the future.

In Morey’s view, such platforms, rather than competing with traditional brokerage services providers, may simply complement brokers’ relationship with clients and the way they work. For example, he notes that VTS technology has benefits for both landlords and brokers, improving the way they attract and retain valuable tenants and clients.

The lending sector is experiencing the most disruption from online lending marketplaces, as the most survey respondents (63 percent) reported using this resource in the past and 80 percent plan to use it in the future.

About half of executives surveyed also said their companies have used online leasing and exchange marketplaces. More than 60 percent of them plan to utilize these resources in the future.

Commercial real estate investors also are using online financial and technology platforms including cryptocurrency, crowdfunding and blockchain to raise capital and complete transactions, according to Morey.

More than half of executives surveyed have used crowdfunding platforms and 70 percent expect to take advantage of this resource going forward.

A relatively new digital transaction medium, blockchain is a digital ledger of economic transaction data that provides a platform for secure transactions, as it is validated by a network of computers and can be programmed to record financial transactions and virtually anything of value.

Cryptocurrency is a digital currency that uses blockchain to transact value. Nearly 40 percent of respondents believe crytocurrencies could save them money and provide transaction efficiencies.

Almost half (45 percent) of survey respondents indicated that their commercial real estate teams are spending 15 to 25 percent of their time managing and organizing data, which adds up to two or three months a year.

While two-thirds of executives surveyed acknowledged that automation will eliminate jobs, nearly as many said it also offers an opportunity to introduce new, higher value-add industry positions. For example, eight out 10 of respondents’ firms have already added a chief data officer.