Tools & Tactics the CRE Industry is Using to Reopen 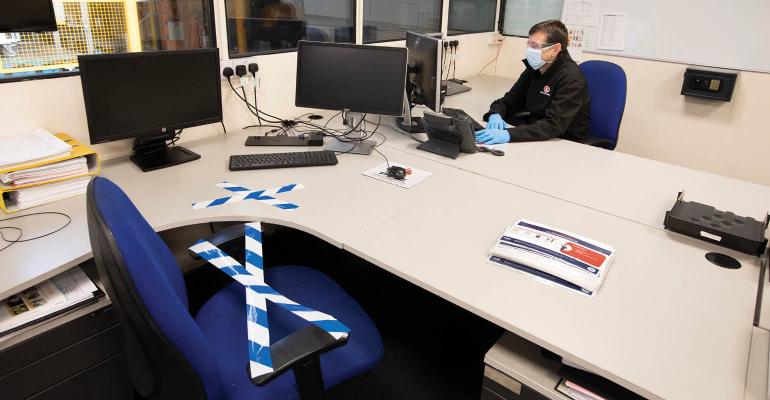 Start Slideshow ›
Americans are itching to get back to a sense of normalcy. Here are ways building owners and managers are making that happen safely.

The number of confirmed COVID-19 cases in the U.S. has surpassed 1.7 million and the death count has reached the grim milestone of 100,000. The disease is not going anywhere anytime soon and there remain fears of a large second wave in the fall. In many states, case counts are still rising today, although in some of the early worst-hit hot spots, like New York City, the situation has massively improved.

Despite this mixed picture, tolerance for shutdown measures in the U.S. is waning. People want some return to normalcy. Many states are easing "shelter in place" restrictions and allowing many types of businesses to re-open to varying degrees. Some states are throwinig the doors wide open, while others are proceeding with phased plans. The pace of reopening also varies within states. For example, parts of upstate New York have begun to reopen, while New York City itself remains under heavy restrictions.

Asked what they think is safe to do right now, repondents answered:

Meanwhile, a majority (55 percent) think it's safe to go to a workplace outside their home, while 39 percent say it's unsafe.

For their part, commercial real estate owners and managers have begun to adopt a number of tools and technologies to allow for a safe reopening. The following gallery provides a look at some of those tactics.