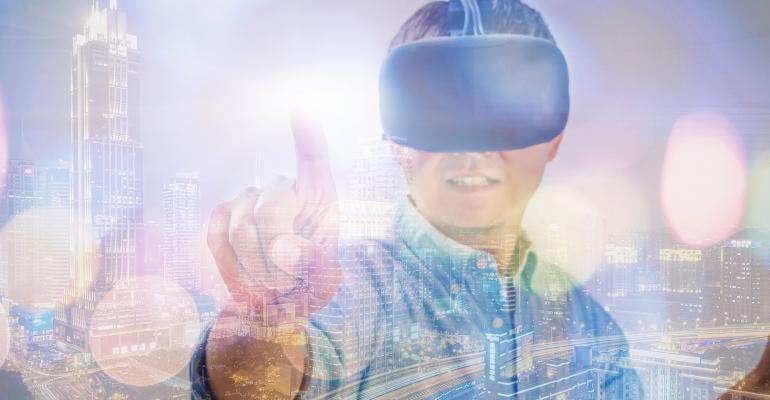 What Are the Advantages and Some Concerns in Using VR Tools in CRE Construction?

Virtual reality tools are beginning to make their way into the commercial real estate sector, according to industry sources.

Westbank Corp., a real estate developer based in Vancouver, is using Outer Realm, a virtual reality company, on its $5 billion Oakridge Centre redevelopment, according to David Gull, Outer Realm CEO. The project is set to be as big as Hudson Yards in New York City.

Westbank is “building what would ultimately be the largest development in Vancouver’s history,” says Gull. “They have a long development cycle, and along the way they really want to show different stakeholders exactly what they’re going to build.”

It can be challenging for people to accurately visualize or understand a development project through traditional visual formats such as artistic drawings, CAD renderings and tabletop models. This is where VR technology allows brokers to show spaces with planned or contemplated improvements, or even multiple interior design iterations, by using a computer-generated model before construction starts. This allows prospective tenants or investors to eliminate concerns related to property layouts and the look and feel of the space, says Monsees. VR can also cut down on the need for costly project marketing work, which can result in significant savings for landlords, he notes.

The technology can also have applications beyond the pre-leasing stage, says Jim Berry, U.S. real estate sector leader at real estate services firm Deloitte. During the development stage, VA can help bolster operational efficiency, simulate training for on-site jobs and increase construction workers’ precision and accuracy as they can constantly see a visual image of the final project plan.

“In this case, VR is truly the next best thing to being there, and, in some cases, it can be better,” says Steve Ormonde, president at Focus 360, an architectural visualization firm. “Giving any stakeholder or prospective tenant or owner an opportunity to experience a built environment prior to it being built eliminates the number one challenge these folks face: making a decision to rent or buy and possibly get an early ‘pre-construction’ advantage versus waiting until the project is built and possibly missing out on a great location or favorable pricing.”

But complications in grasping the complexity of the technology are stalling widespread adoption throughout the commercial real estate industry. Although a head mounted display provides the most realistic experience, Ormonde says very few people are interested in them and thus they are “not being adopted as widely as one might expect.” Commercial real estate organizations would also have to consider potential information and privacy risks as it relates to theft of intellectual property, such as development plans, notes Berry.

“The number one pain point for VR is being prepared to give your VR creator all of the information they need to virtually ‘build’ your project,” says Ormonde. “Since they are building it well in advance of physical construction, a number of decisions need to be made well in advance of a typical timeline.”

In the commercial real estate industry, overall adoption remains low, says Berry. Less than a third of respondents in a recent Deloitte survey report using any VR technologies. Respondents from Asia, especially Japan and Singapore, use VR technologies the most.

Still, VR has the potential to grow in the commercial real estate industry, Berry notes.

“One of the biggest changes this year would be the release of the Oculus Quest, from Oculus and Facebook, and the reason that that is important is that it’s a much simpler headset to use. The barriers to entry are much lower. You can take it out of the box, put it on, and be instantly transported into a space,” says Gull. “Whereas some of the older VR hardware was much more cumbersome to set up. So, I think with the release of that, you’ll see a lot more people go, ‘hey, this used to be a lot more complicated. Now, it’s really simple. Let’s roll this out.’”

As VR technology continues to become more cost-effective and the programs become easier to use, expect further adoption throughout the real estate community, says Monsees.

“Any company that classifies themselves as early adopter has probably already implemented [VR] into their strategy,” says Gull. “The current question in the industry is, ‘when are we going to hit that tipping point?’”