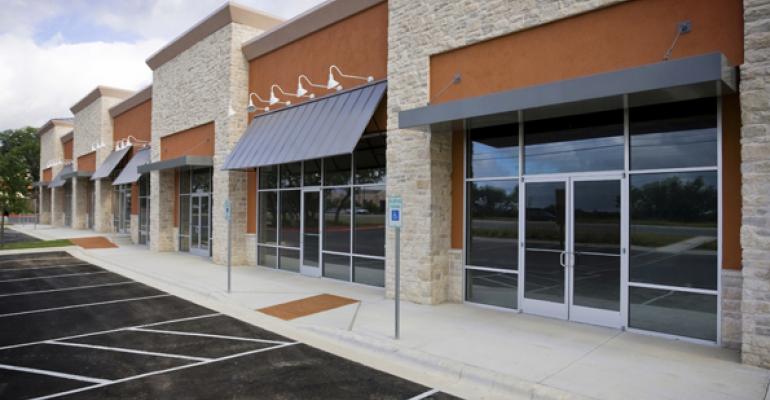 Earlier this year we reported on a rather active retail market. Apparently that was only the beginning. Second and third quarter transaction volume displayed steady momentum, continuing the rising trend that’s built over the past 4 years. On a recent episode of the Commercial Real Estate Show we looked into the growing popularity of the retail sector.

According to Kevin Imboden, Director of Research at Real Capital Analytics, year-to- date retail property sales transactions volume is already $68 billion. Compare that to $64 billion last year, and $45 back in 2011. Kevin’s language was cautious: he called it a ‘slight uptick.’ But I see steadily climbing numbers.

I asked him what investors are thinking. “Investors are interested in the yields retail offers,” he admitted. “Apartments and office deals are getting harder to compete in, and are probably approaching overvalued. Retail has room to grow.”

Frank Meyrath, V.P. Capital Markets with Bull Realty added, "We are seeing strong activity for retail properties across the quality spectrum. Investors are bullish on anything from the value-add plays to core asset centers with strong credit tenants. It's amazing the diversity of buyers. A recently launched Atlanta offering is generating offers from the Midwest and Northeast.”

More Opportunity for the Non-Institutional Investor?

“One determinant of institutional quality is the level of interest from overseas investors,” said Imboden. Those bell-weather buyers are all over the high-end ‘lifestyle’ centers, spending in the hundreds of millions. Redevelopment is also drawing institutional money. They have the deep pockets to take on the longer-term plays.

The institutional money is much more interest in open-air centers, moving away from enclosed ‘fortress’ malls according to RCA. In fact, average price on large indoor malls have dropped from $8 to about $5 billion over the course of the year.

There’s plenty of product available in value-add B class retail, in markets around the country. Imboden advises that investors look beyond the strip center for some kind of a niche play. The ‘usual’ isn’t enough anymore – a property needs something to draw more use, more activity and interest.

It’s a lively market right now, says Kirk Williams of Lincoln Property, who’s firm is actively acquiring centers for repositioning. Here’s what he had to say:

“To get the winning bid, you have to be aggressive. A lot of buyers are out there looking for the good stuff. That’s just where we are in the cycle. But we don’t want to look back and regret that we didn’t lock in these low interest rates.”

The non-institutional investor has largely been dependent on CMBS lending, which has funded nearly 82 percent of all malls traded. In smaller centers CMBS accounts for 59 percent of loans.

Funding is available. Rates and LTV will vary widely by lender. Insurance companies only lend to 60 percent, but private loans from financial companies can go up to 74 percent.

While the cost of financing is always a factor, the larger buyers are not affected as much. The REITS and other institutionals don’t need to borrow especially as long as the stock market is on fire.

One Cloud on the Horizon

There is a lot of CMBS debt, issued from 2005-2008, which will come due over the next few years. There is concern about refinancing properties that may have had over-zealous appraisals at that time. How this will play out is unclear. The better the growth of property level fundamentals, of course, the better a given property’s position will be.

Retail as a whole is averaging in the mid-to-high sixes for single-tenant retail purchases. For 2014 year to date, urban retail averages 5.5 percent nationwide, down from the mid-sixes in 2011.

One Manhattan retail condo, purchased by Vornado for 28,000 per square foot, traded at a 4 cap. We’ve seen these premier markets compress in one year from mid 5s to low 4s. The Bay area has eased off, a bit less compression, but the gateway markets are mostly institutional territory.

Secondary markets cap at around 6.5 for retail. Plenty of excellent values are available; despite the dramatic decrease from 2010’s 8 caps. While multifamily and office investors are moving into secondary and tertiary markets, Imboden reports they aren’t seeing a stampede for retail property just yet.

With so much investor demand, multifamily cap rates are compressing down into the 5.0s. Retail is becoming more attractive for its availability and ease of repositioning for value-add, in the right market. The secondary markets are especially attractive.

John Harrison, V.P. National Retail Group with Bull Realty had this to say about secondary markets in the southeast “We have both local and off shore buyers aggressively pursuing well located neighborhood retail centers in cities like Atlanta. Cap rates on centers with credit there have dropped to the low 8 and high 7 percent range. This deep mix of retail buyers, along with the opportunity to borrow at low rates, has created a great environment for sellers.”

As we’ve seen in all the sectors, building costs are rising; so new retail is very selective. However, with numbers as good as they are, in the right setting it is time to build. A retail center that is intelligently planned with daily use components are doing better than malls and outer strip centers.

“You can’t always depend on someone buying an expensive shirt or wallet every day, but people want to eat out, go to the drug and grocery store. “

Outlets have the power to attract high traffic, thus Simon and Tanger are building new outlet centers or expanding their properties. Urban mixed-use development is another place we do see new construction.

For news on leasing activity we consulted Kirk Williams of Lincoln Property:

“It’s definitely a resurgence,” he said, “but not a renaissance. The past two years we had a lot of tire-kicking, but retailers are finally serious about expansion.”

Williams noted that for a while only the only large tenants reaching out were discounters. Now popular chains like Dick’s Sporting Goods are looking to grow their footprint.

“If you’ve got brand name recognition, you’ll have many suitors,” he said. “Existing centers, developers and even municipal economic development groups will be courting you. That’s a big difference from the office or industrial sector. “

“You have your credit, rent and term, and you know you’re a good candidate, but you might not fit the image a center is trying to create.” Successful centers are creating an environment with the landscaping and outdoor amenities like music and lighting to build a specific atmosphere. A tenant needs to be a marketing asset, and contribute to that atmosphere.

Michael Bull, CCIM, is the host of the Commercial Real Estate Show heard on 40 radio stations, iTunes, YouTube and the show web site www.CREshow.com. Michael is also an active broker and advisor as CEO of Bull Realty, Inc., a U.S. commercial real estate sales, leasing and advisory firm headquartered in Atlanta. Connect with Michael on Twitter and LinkedIn.