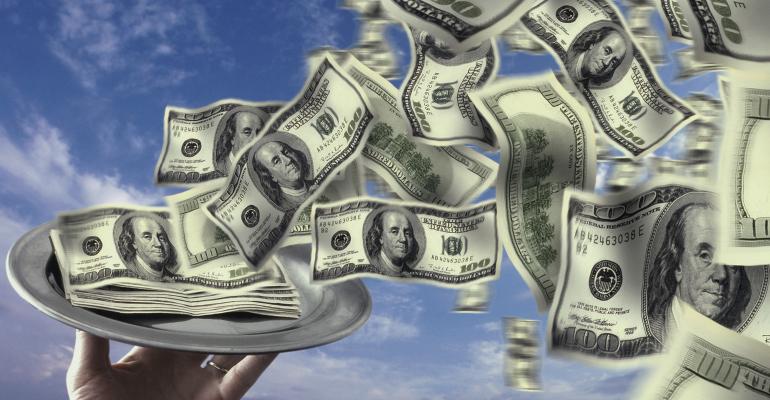 The Wall Street bank committed $250 million in money collected from private-wealth clients to Cadre, which operates via an internet platform.

The Wall Street bank committed $250 million in money collected from private-wealth clients to Cadre, which operates via an internet platform, according to a statement Wednesday by the tech firm. Cadre is backed by Andreessen Horowitz, General Catalyst and Thrive Capital, the venture-capital firm run by Jared Kushner’s brother, Josh Kushner. Cadre said it will choose investments in U.S. commercial real estate using a proprietary data-driven process.

Goldman Sachs clients will be able to directly invest in Cadre’s offerings through its digital platform. “We are a technology company,” Blankfein said in a 2015 podcast on the bank’s website. The bank has touted the number of engineers it employs -- more than a quarter of its workforce of 36,000.

“Our goal is to ensure we provide our clients with innovative and diverse investment opportunities to help them drive returns and protect capital,” Eric Lane, global co-head of Goldman Sachs’s investment-management division, said in the statement. “Our ongoing partnership with Cadre underscores this commitment.”

Goldman is seeking to give wealthy clients new ways to invest money. It offers private-equity and hedge fund investments, as well as real estate opportunities. The firm is counting on the investment-management division -- which includes the the private-wealth unit as well as an asset-management arm -- to deliver $1 billion in new revenue by 2020, or 20 percent of a companywide target, according to a September presentation.

Discussions between Goldman and Cadre started in early 2017, and they settled on the $250 million commitment six months later, Cadre co-founder and CEO Ryan Williams said in an interview. It’s the largest commitment for Cadre since its founding in 2014, and the firms are talking about raising more funds from the bank’s clients, he said.

Cadre chose Goldman Sachs in part because the bank had invested in Cadre’s Series B round in 2016, Williams said. He worked in technology banking at Goldman Sachs when Cadre was in its early days.

The startup is positioned to double its inventory and volume over the next 12 months, thanks in large part to this partnership, Williams said.

“Given the strong demand and interest from both Goldman’s clients and others, it provides us ability to continue to scale even further thereafter,” he said.