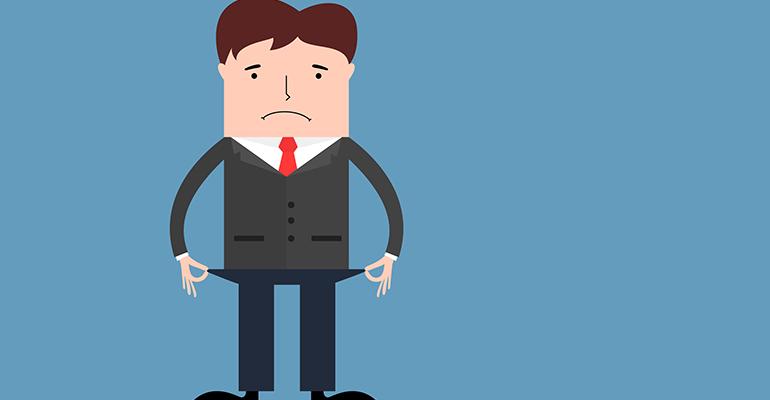 (Bloomberg)—The Dallas Police and Fire Pension System, once applauded for a diverse investment portfolio that included Hawaiian villas, Uruguayan timber and undeveloped land in Arizona, finds itself needing to dig out of a deep hole.

A $1.2 billion change last year in the difference between the value of its assets and what the pension owes retirees left the $2.6 billion fund with just 45 percent of the assets needed, down from 64 percent at the end of 2014. The pension, which was 90 percent funded a decade ago, could be out of cash in 15 years at the current rate of projected expenditures, according to a Segal Consulting report last month.

The sudden burgeoning deficit shows the bind public officials across the country are grappling with as investments and funding lag promised benefits. The city and pension fund members now send an amount equal to 36 percent of officers’ pay to the pension, but that percentage needs to more than double to fully fund the pension over the next 40 years, according to Segal.

“It’s hard to cut benefits,” Dallas City Councilman Philip Kingston, a member of the pension’s board, said in an interview. “But this plan needs a lot of capital and it’s hard to know where it’s going to come from.”

The board met Thursday to discuss long-term options for ensuring it has the resources to pay benefits to its 9,600 members. Meanwhile, decisions about funding that pension and another for other city workers will come into play this month as Dallas puts the final touches on a proposed $3.1 billion budget for the fiscal year starting Oct. 1. The Dallas City Council is considering a measure that would have voters ask some city workers to delay retirement, and possibly other changes.

The city expects to increase funding for the police and fire pension in its next budget to 37.5 percent of the workers’ salaries, the maximum under state law. The city’s share will be 28.5 percent, up from 27.5 percent. Segal recommends increasing that to about 73 percent.

“It requires too much of a contribution from the city,” Kingston said. “But it is a step to returning the fund to stability.”

Besides the effect on the budget, pensions concerns have led to cuts in the city’s credit ratings, which has increased the cost of issuing bonds.

Similar situations are playing out in cities such as Chicago and states including Illinois, Kentucky and New Jersey. But in many of those instances, the pension liabilities grew over many decades as their government sponsors failed to provide the required amount of funding to invest to pay future benefits. Junk-rated Chicago will pay at least $902 million in 2017 to its four retirement funds that are only 23 percent funded, according to a financial analysis.

Dallas’s police and fire pension, on the other hand, has seen its funding ratio decline precipitously as it recognized losses on its ill-fated investment strategy. Last year the fund lost 24 percent.

The pension fund’s board diversified in 2006 to reduce risk from stocks, based on studies that projected safer and greater returns from other types of asset. Under former administrator Richard Tettamant the fund was trying to beat stocks and bonds to achieve a targeted 8.5 percent return.

Over time it wound up with 52 percent of assets invested in alternative investments including a $200 million apartment tower in Dallas, the “American Idol” production company and the rebuilding of a Dallas freeway, among others. But it also invested in luxury homes in Hawaii that fell in value after the real estate market imploded, a Napa Valley vineyard and a patch of Arizona desert.

In 2010, Money Management Letter cited the Dallas plan as “one of the best-diversified funds in the U.S.,” when it named the fund mid-sized public pension of the year. Research firm Preqin Ltd. said later that the fund had the riskiest strategy of any pension fund with so much of its assets tied up in alternatives.

The fund reported a 14.8 percent gain in 2012, but the gains turned to losses starting in 2014. That year, Tettamant resigned after two decades, and the pension began re-appraising its assets, including the luxury homes in Hawaii. The pension has since adopted a new investment strategy that has about 65 percent of its assets stocks and bonds and the rest in real estate and other alternatives.

The 45 percent funding level became worse when new accounting rules for public pensions are used, according to the city. Under the rules, which required a lower return assumption, the net pension liability rose to $6.9 billion last year from $5 billion, giving the fund just 28 percent of the assets needed.