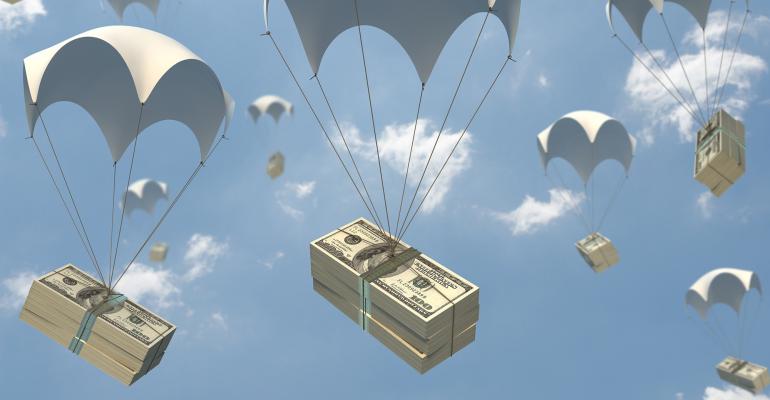 Wave of Rescue Capital Moves on Ahead of Opportunistic Buyers

Rescue capital could make a dent in the amount of distressed real estate deals in the market.

Rescue capital is hoping to beat opportunistic investors to the punch when it comes to providing needed liquidity to distressed commercial real estate. Although both groups are hoping to generate alpha returns, rescue capital aims to provide a shorter term solution with preferred equity, mezzanine debt or fresh joint venture money to help owners hold onto troubled assets.

“We have had an extreme and rapid shock to the real estate market. There are a lot of operators out there with good projects who have had what were good, sustainable business plans just upended,” says Doug Wells, CEO of Denver-based Broe Real Estate Group (BREG), an affiliate of The Broe Group. “What rescue capital can be is an early stage structure around which to resolve some of these situations,” he adds.

BREG launched its $250 million rescue capital platform in June. The BREG Strategic Investments Program will provide “expedited capital solutions” for liquidity strained commercial real estate properties and ventures that are experiencing distress specifically related to COVID-19 market disruptions. The platform is focused primarily on preferred equity and joint venture investments in growth markets throughout the Southeast, Southwest and Western U.S. “I do believe these things will take some time. Our expectation is that our holds will be three to five years,” adds Wells.

Denver-based Hospitality Real Estate Counselors (HREC) also is gearing up to launch a new platform to broker rescue or “runway” capital for hotel operators. A common number being thrown out is that the average hotel is worth about 30 percent less now compared to what it was worth pre-COVID, notes Michael Cahill, CEO and founder of HREC and co-founder and principal of HREC Investment Advisors. What that means is that owners are not necessarily upside down, but it does mean they have lost all of their equity. So, they are motivated to hang onto assets long enough to ride out the recovery and rebound in values, he says.

Rescue capital doesn’t come cheap. Although it is highly dependent on the situation, BREG is anticipating returns in line with value-add or opportunistic investments of more than 15 percent. Specific to hotels, the target wishlist of terms that most runway capital providers are throwing out include a preferred return of 11 percent to 13 percent and a targeted overall 20 percent IRR when the hotel owner is able to refinance or sell in two to three years, notes Cahill. Mezzanine debt is being quoted at 10 percent to 14 percent, while runway capital also wants the rights to get their money out ahead of other equity and some control over decision making, he says.

“There is a lot of money lining up and a lot of liquidity in the market for this kind of rescue capital. Exactly how it’s going to play out is still a little bit of an unknown,” says Abraham Bergman, managing partner at Eastern Union, a national commercial mortgage brokerage firm. In May Eastern Union launched a Distressed Notes Initiative that provides a brokerage platform for investors interested in purchasing troubled mortgages. While there is money ready to jump into deals right now today if that right deal is available, the potential recipients of that money are not quite ready, he says. There are a variety of factors keeping distress at bay that include government stimulus money and lender forbearance that is providing some relief to property owners. “So, people don’t necessarily need to start jumping into that more expensive rescue capital just yet,” he adds.

Although there appears to be a growing stockpile of money available for both rescue capital and distressed buying opportunities, there is definitely some overlap between the two groups. It is going to take time for distressed buying opportunities to filter through the foreclosure process. So, a lot of the same people who want to buy distressed assets are also considering runway capital as an earlier entry point. At the same time, some groups are only interested in providing rescue capital versus buying distressed assets. “The reason for that is because if you can get the deal structured right, it is much more transparent and a much simpler transaction,” says Bergman. For example, investors looking to buy distressed loans would need to understand foreclosure laws in a particular state.

Rescue capital does have a history of stepping in and providing an alternative to throwing keys back to a lender. “It’s a more efficient and cost-effective way to recapitalize an asset as opposed to having it run through a process where there is a foreclosure or bankruptcy and new equity comes in,” says Wells. BREG also launched a similar investment platform in 2015 that was aimed at recapitalizing tenant in common (TIC) operators who had run into liquidity issues.

Initially, the most acute distress is in the retail and hospitality space. So, those are the areas where rescue capital investors expect to see the first transaction opportunities.  The question that remains for both rescue capital providers and opportunistic buyers is what kind of volume of deals they are likely to see. That is something that is still playing out as the coronavirus continues to disrupt business and property cash flows.

Rescue capital could make a dent in the amount of distress, but it is unlikely that buying distressed loans and foreclosures at a discount will dry up completely. Certainly, there will be extreme situations where rescue capital won’t be enough to fix the problem and will proceed down the path to foreclosure. “I don’t believe rescue capital will solve every deal. I think there will be plenty of both types of deals,” says Bergman.